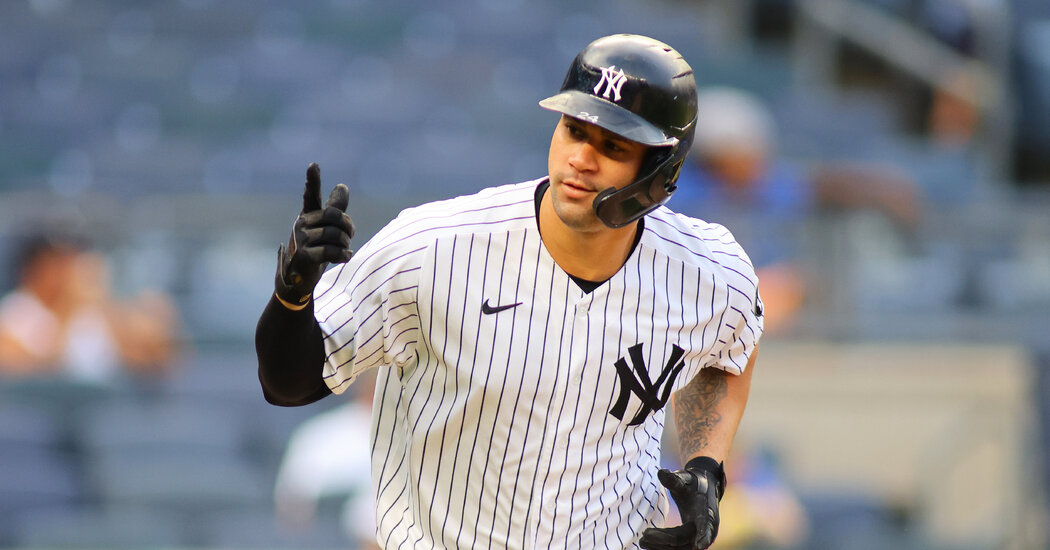 It started with a bang, and had plenty of ups (and quite a few downs), but the Gary Sanchez era in New York ended on Sunday when the Yankees traded the two-time All-Star catcher to the Minnesota Twins.

In the deal, announced by both teams, the Yankees sent Sanchez and infielder Gio Urshela to Minnesota for third baseman Josh Donaldson, shortstop Isiah Kiner-Falefa and catcher Ben Rortvedt.

With Sanchez, 29, the promise of his early time in pinstripes had become somewhat of a distant memory. He hit .283 with a .353 on-base percentage and 53 homers in his first 177 games with the team, but has hit just .201 over the last four seasons, bottoming out with a .147 average in the pandemic-shortened 2020 season. He also struggled with passed balls behind the plate for much of his career.

The deal dramatically remakes the left side of the Yankees’ infield, with Donaldson, the winner of the 2015 American League Most Valuable Player Award, taking over at third and Kiner-Falefa, a defensive ace, taking over at shortstop.

Donaldson, 36, has slowed down some defensively over the last few years, but he had a solid season offensively in 2021, batting .247 with a .352 on-base percentage and 26 home runs. Kiner-Falefa, who turns 27 later this month, is a dramatic upgrade on defense over the Yankees’ other options, and he has spent time at catcher, second base, shortstop and third base in his career. He has just a .316 career on-base percentage, but he makes solid contact and has the speed to steal bases.

While Kiner-Falefa and Rortvedt are low-cost options, Donaldson is owed more than $43.5 million over the next two seasons and has a $16 million team option in 2024 with an $8 million buyout. He also has some history with Gerrit Cole after he accused the Yankees ace of having doctored baseballs to boost his performance.

Urshela, 30, exceeded all expectations in New York, batting .292 with 41 home runs over three seasons while providing at times spectacular defense at third base.