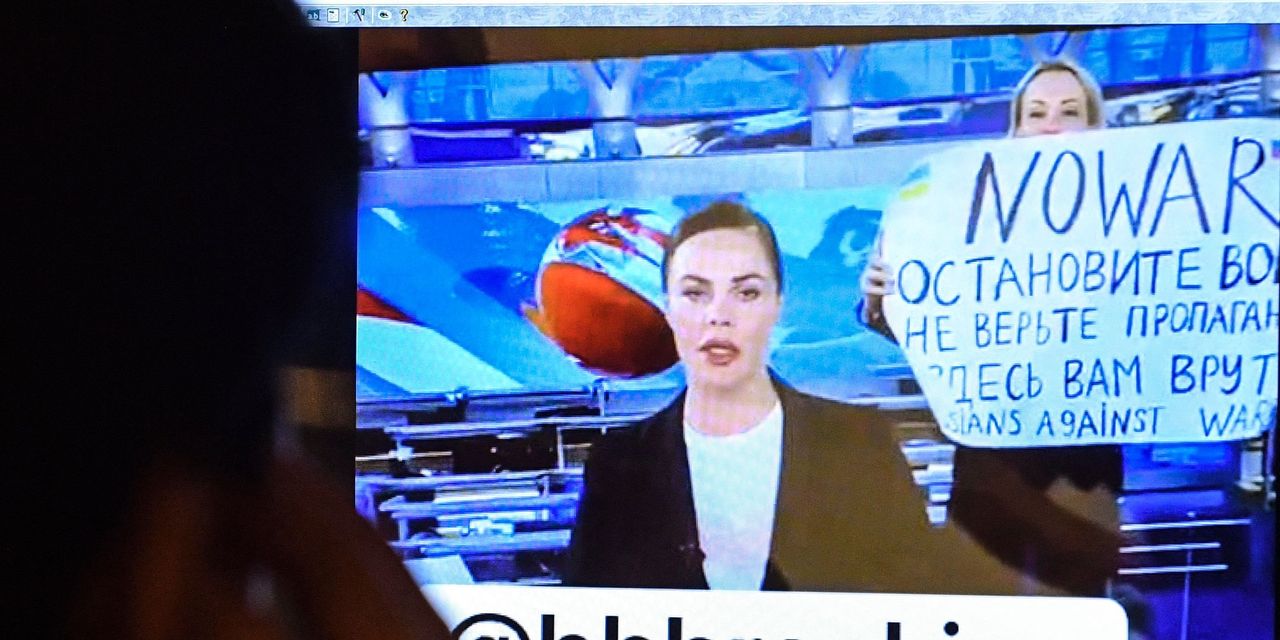 A woman ran onto the set of an evening news program on Russian state television’s flagship Channel One on Monday holding a poster reading: “No war. Stop the war. Don’t believe propaganda. They lie to you here. Russians against war.” She yelled: “Stop the war, no to war” before the camera cut away.

Russian state-run news agency TASS cited a law-enforcement source as saying the woman worked for the channel. The protester, identified as Marina Ovsyannikova, was detained and taken to a Moscow police station, according to TASS and OVD-Info, a human-rights group that tracks demonstrations and helps protesters find lawyers.