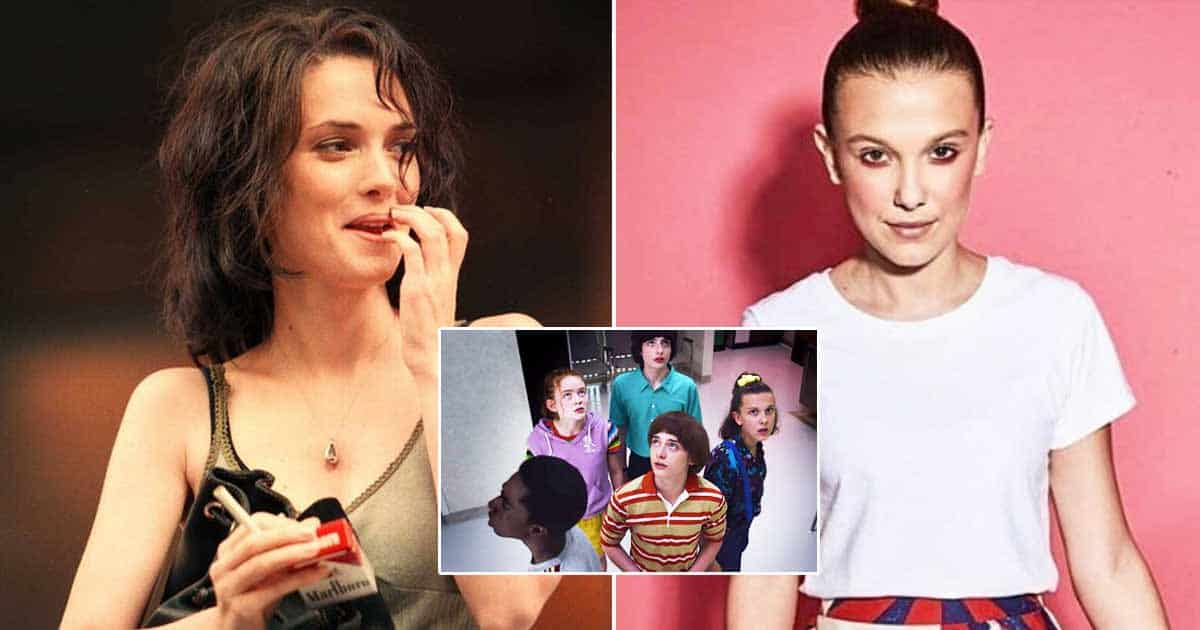 Netflix’s super hit web series Strange Thing’s season 4 is right around the corner to be released by the streaming giant and we just can’t wait to witness what the upcoming season holds for us. Now actress Winona Ryder who plays ‘Joyce’ now talks about the stellar star case rules by the young lads.

While speaking about them in an interview, Winona went on to claim that of the 6 young leads of the supernatural-themed show, one of them would be the next Meryl Streep. Read on to know who it is.

In a recent interview, just a few days before the premiere of Stranger Things season 4, Winona Ryder talked about the journey she had been through in the series and how happy she was working with her co-stars. The actress had nothing but praises for the young actresses who play an integral role in the series. In her conversation with E! News, Winona said, “I continue to be blown away by these kids. I was their age when the show took place. These kids are just magic.”

Talking more about the upcoming season 4 of Stranger Things, Winona Ryder also talked about the striking resemblance of Millie Bobby Brown, who in a way looks like the younger version of Ryder in her new look. The actress said, “It was wild seeing her like that. “When I was that age, I had dyed-black [hair], goth going on. But there is a resemblance.”

Continuing her praises for the cast, Winona claimed that Sadie Sink, who is seen as Max in the story, is going to be the next Meryl Streep. In the same interview, Winona said, “Sadie is like Liv Ullmann. She’s going to be like Meryl Streep.”

Meanwhile, Stranger Things Season 4 will be coming out on 27th May 2022. The show will see Finn Wolfhard, Millie Bobby Brown, Noah Schnapp, Gaten Matarazzo, Caleb McLaughlin, Winona Ryder and others reprising their roles for the series.

Must Read: Johnny Depp’s Alleged Poetry On Ex-Fiance Winona Ryder Has Been Cancelled For The NFT Charity Auction