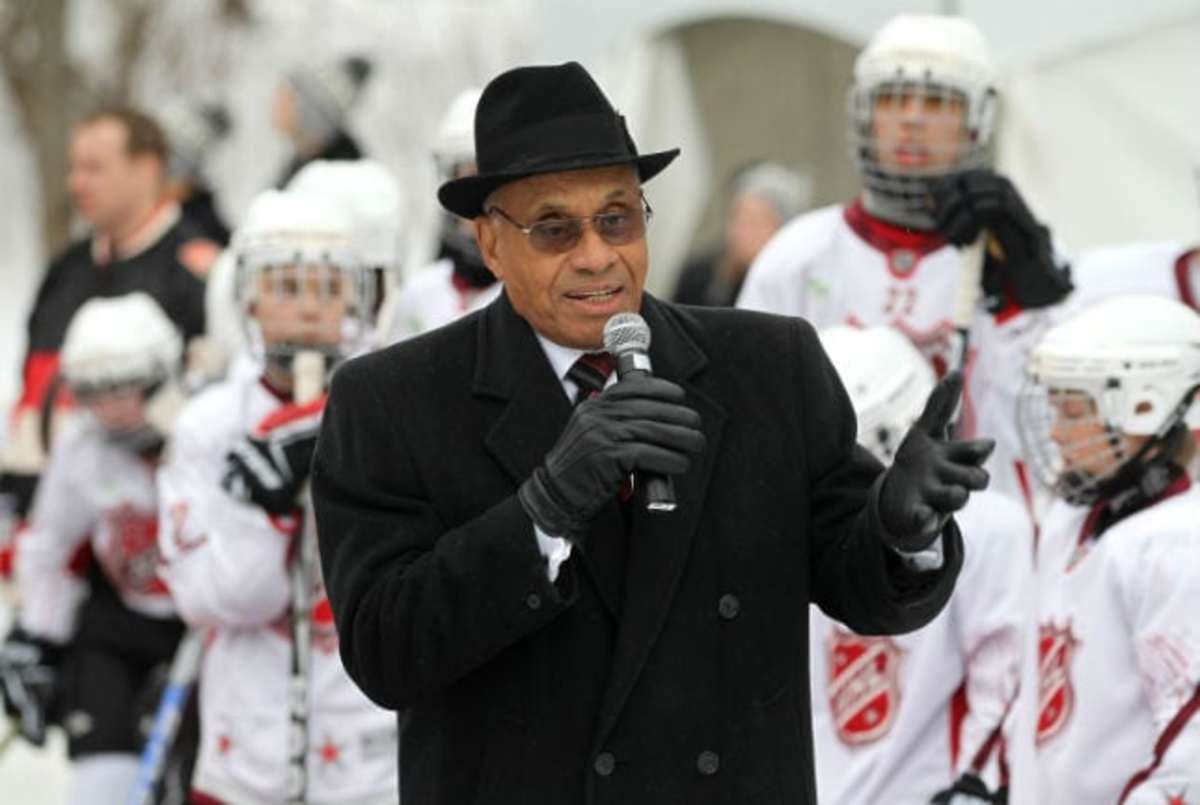 The Premier Hockey Federation’s Boston Pride added one of hockey’s most legendary names to their ownership group, announcing that Willie O’Ree has joined the organization as an owner.

O’Ree, the first Black person to play in the National Hockey League was inducted into the Hockey Hall of Fame as a builder in 2018.

“It is a thrill for me to extend my involvement in the sport and community that are such special parts of my life,” said O’Ree in a PHF news release. “The growth of the women’s game is so important, and I admire these world class athletes for being role models who are making a difference for younger generations. I have always received tremendous love and support in Boston. I’m proud to be a member of the Pride and look forward to cheering these women on as they compete for another championship.”

O’Ree joining ownership in the PHF comes only days after the Toronto Six announced the franchise had been purchased by an all-BIPOC group including Hockey Hall of Fame member Angela James, former NHL coach of the year Ted Nolan, Carnegie Institute founder Bernice Carnegie, and former NHL player Anthony Stewart.

According to Boston Pride owner and chair Miles Arnone, adding O’Ree to the ownership group of the reigning Isobel Cup champions is an exciting moment.

“This is a really exciting day for the Boston Pride and we are honored to welcome Willie, an iconic hockey pioneer, to our ownership group,” said Arnone. “Willie is a true hockey trailblazer that has given so much of his life to the sport. His mission is reflected in our values as an organization and as a league that strives to grow the game for everyone.”

O’Ree broke the NHL’s color barrier in 1958. In total, he played 43 games for the Boston Bruins who retired his number 22 in 2022. O’Ree is the namesake for the NHL’s Willie O’Ree Community Hero Award, which recognises “the individual who has worked to make a positive impact on his community, culture or society to make people better through hockey.”

The Boston Pride were part of the founding four teams in the National Women’s Hockey League, now PHF, in 2015.