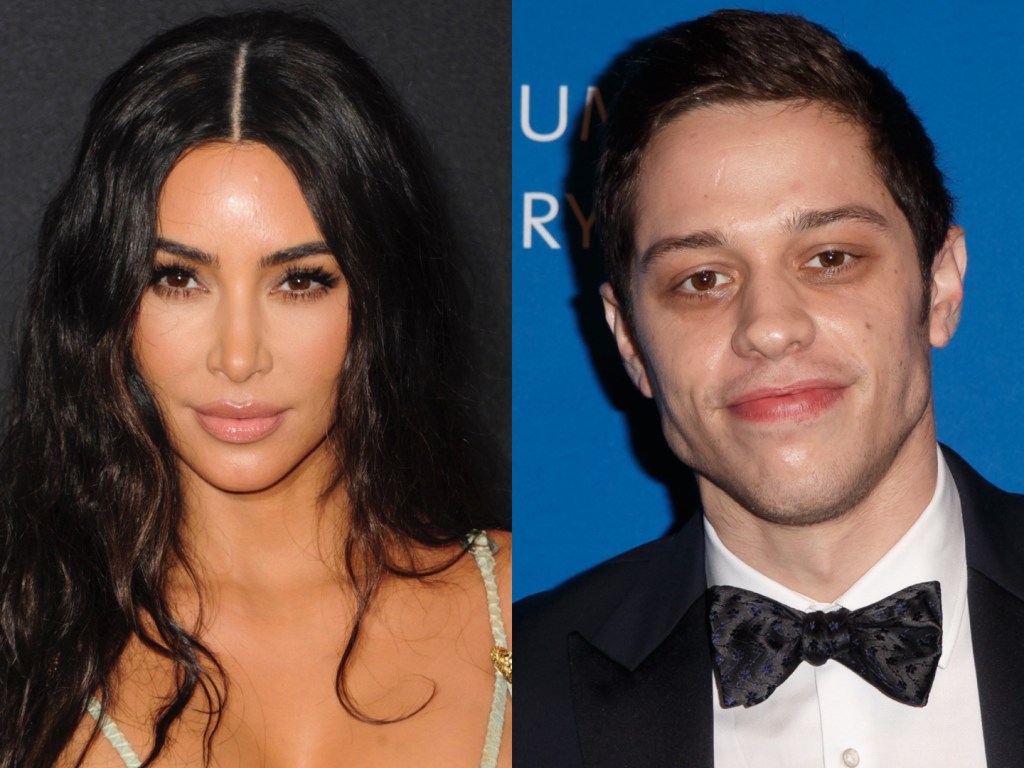 After almost a year away from the reality TV cameras, viewers are ready for the Kardashians’ big return to Hulu. It’s a series that Kris Jenner is calling “tech-forward” in their latest cover story for Variety but what does that mean for fans who are dying to see not only their family favorites, but some of the new cast of characters, including Pete Davidson?

Well, a few people might be disappointed to learn that, so far, Kim Kardashian has “not filmed with him.” That means he won’t be seen on-camera when the series launches on April 14, but before everyone gets too disappointed, Kardashian doles out one little morsel of scoop. “I’m not opposed to it,” she adds. There is a sliver of hope that the Saturday Night Live star might join the family for a scene or two in the future — and she envisions how it might happen.

“If there was an event happening and he was there, he wouldn’t tell the cameras to get away. I think I might film something really exciting coming, but it wouldn’t be for this season,” she explains. OK, so there definitely won’t be a Davidson sighting at all in the first season, but maybe if the family throws a flashy party, the comedian might make a cameo. Got it. And there will be a little tea into the start of their romance, which hasn’t been clarified before now. Viewers will see “how we met and who reached out to who and how it happened and all the details that everyone wants to know,’ she says. “I’m definitely open to talking, and I definitely explain it.”

It’s a bummer that we won’t see the comedian join the ranks of the Kardashian clan, but it sounds like Kanye West and their ongoing divorce will get more than a mention. The rapper filmed some scenes before he started airing their private business in public, but the SKIMS founder is continuing to take the high road. “Being in the public eye and having disagreements publicly is never easy,” she sums up. “But I do believe in handling it all privately. I believe in championing publicly and criticizing privately. I don’t think I would ever criticize the father of my children on my TV show. That’s just not really what I’m about, and I just don’t think that would ever make me feel good.” So, get ready for a little drama with just a splash of Davidson dish.