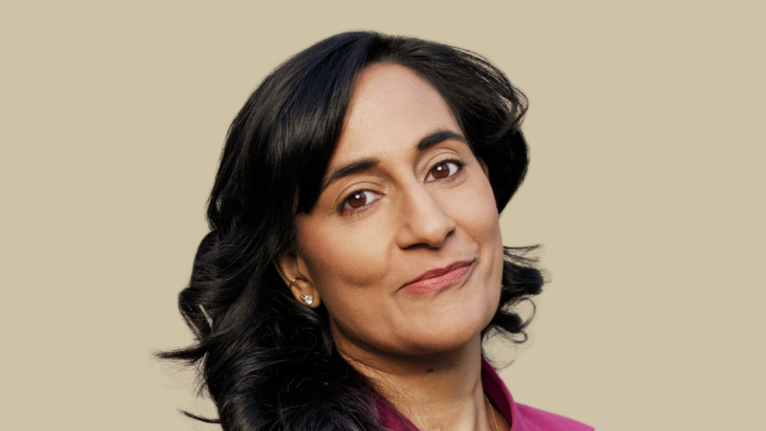 In the lead-up to Prime Minister Justin Trudeau’s announcement of a new federal cabinet last October, Anita Anand had heard the rumours. As always, she came prepared.

Anand had just won her second election in two years. She’d learned the ropes as a rookie MP for Oakville, Ont., while simultaneously serving at the helm of what was usually a low-key, though imperative, ministerial portfolio. As it turned out, during a global pandemic, Public Services and Procurement was anything but low-key.

“The journey has been incredibly intense and has required me to be focused and determined,” Anand says. “Every day, I am 100 per cent focused on my job.”

Being thrown into the middle of a high-stakes file from the get-go—one that could cost Canadian lives, if vaccine, PPE and rapid-test procurements went poorly—was a leadership trial by fire. She followed her instincts and took away a few lessons: “Be involved. Be at the table. Make decisions. And be firm.”

So after the election, when Anand read speculative reports about her potential appointment to National Defence—despite having heard nothing about it herself—she rolled up her sleeves a little early. “I started making a to-do list in case I was asked,” she says, “and I had that to-do list in my pocket.”

Anand got the call and became the first woman of colour to oversee the Canadian Armed Forces. Her first priority, she says, is to ensure cultural change in the military, so “everyone feels safe, protected and respected.” With dozens of recommendations about sexual misconduct and military justice yet to be implemented, and an alarming statistical picture emerging from the volume of class-action claims made by military members, the job’s easier said than done.

Her second major priority is equipping the forces by fixing a complicated, painfully slow procurement process. (She has some experience with that.) And, perhaps counterintuitively, she mentions the military’s raison d’être—to support “the rules-based international order” alongside allies—as her third priority. At least for now.

The career academic, who spent 25 years as a professor in corporate and securities law, has quickly become one of the stars of Canadian politics—despite, or perhaps because of, an aversion to showboating. Her no-nonsense approach and capable management of thorny issues has earned her regular mentions on lists of potential successors to Trudeau.

Of course, Anand won’t comment yet on whether a to-do list for the whole country is in her pocket. She’s too focused on her job.