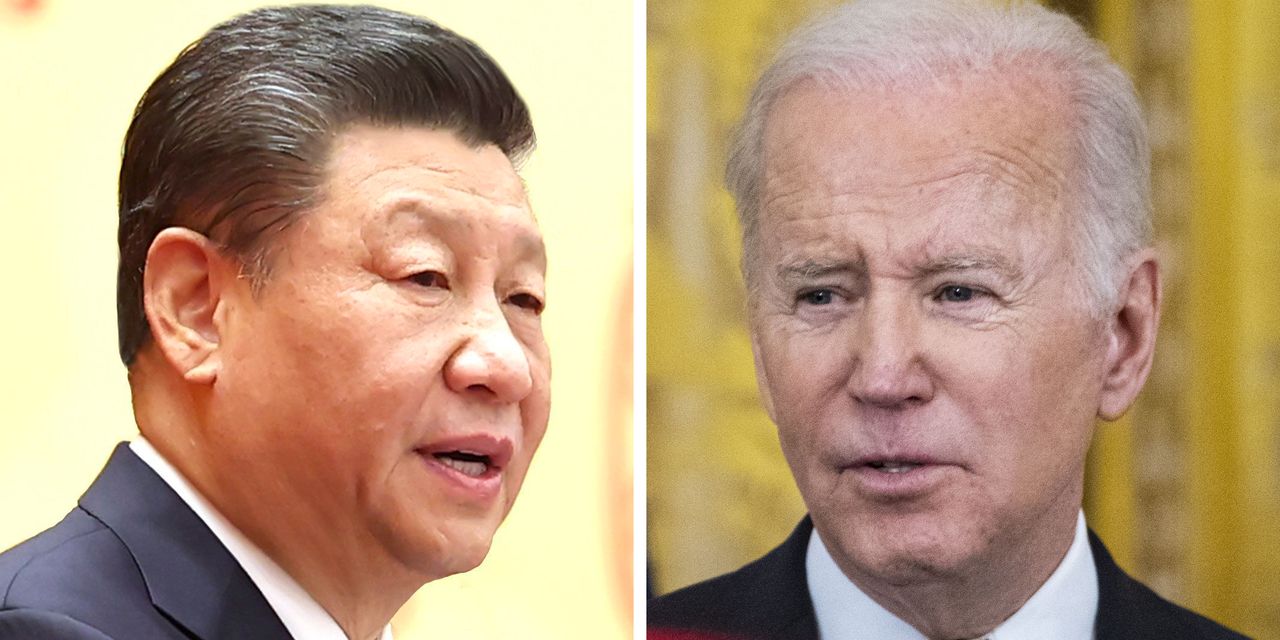 that China and its relations with the U.S. would suffer consequences if Beijing provides substantive assistance to Russia in its military assault on Ukraine.

During a nearly two-hour-long videoconference Friday that centered on the Ukraine crisis, Mr. Biden outlined for Mr. Xi the unified allied response against Russia, the economic sanctions imposed, the global condemnation of the invasion and the withdrawal of many foreign businesses from the Russian market, a senior U.S. official said.

In describing that response, U.S. officials said, Mr. Biden tried to suggest the stakes for China.

“President Biden made clear the implication and consequences of China providing material support…to Russia as it prosecutes its brutal war in Ukraine, not just for China’s relationship with the United States, but for the wider world,” the official said. The official declined to say if specific threats were leveled or to characterize Mr. Xi’s response.

China’s official version of the meeting largely sought to present China as a peacemaker and minimized traces of conflict between the leaders over Ukraine. “The Ukraine crisis is something we don’t want to see,” Mr. Xi told Mr. Biden, according to China’s official Xinhua News Agency. “Conflict and confrontation are not in the interests of anyone.”

Mr. Biden also voiced concern that the Chinese government is spreading disinformation by repeating what the U.S. says are false Russian assertions that the U.S. is supporting biological weapons research in Ukraine.

—have added friction to a U.S.-China relationship that is already contentious and running low on trust. The Biden administration at a minimum wants to deter Beijing from becoming more deeply involved with Russia, and Friday’s meeting offered no apparent breakthrough nor indication of whether Mr. Xi is considering reassessing ties with Moscow.

said, “Because China has to make a decision for themselves about where they want to stand and how they want the history books to look at them and view their actions. And that is a decision for President Xi and the Chinese to make.”

The U.S. has said Beijing bears a responsibility to use its influence with Mr. Putin to seek an end to the war. Mr. Xi, however, sought to present China as a neutral party to the conflict, and one that can facilitate negotiations to bring it to an end.

In China’s official version of the meeting, Mr. Xi urged Mr. Biden to work with China to “not only lead the development of China-U.S. relations to the right track but also shoulder our due international responsibilities and make efforts for world peace.”

Beijing has so far declined to criticize Russia or even to term its actions in Ukraine an invasion, expressing sympathy with the security concerns Moscow has cited as among the reasons for the military assault. Further, China has criticized the severe economic sanctions brought by the U.S. and its allies against Russia.

After having been caught off guard during the early days of Russia’s attack, according to foreign-policy experts close to the Chinese government, Beijing has now settled on a clearer strategy: It won’t oppose Russia, and it will support Ukraine—what is described in China as “benevolent neutrality.”

The stance reflects Mr. Xi’s effort to stick to his strategic focus on making common cause with Russia to undermine the U.S.-led West, while trying to still present China as a responsible world leader.

Without more substantive actions, however, Beijing’s position is unlikely to satisfy the Biden administration, international affairs analysts said, and stop the deterioration in China-U.S. relations.

“Xi does not want to alienate Moscow but neither does he want U.S.-China relations to collapse, especially as the West is far more important to the faltering Chinese economy than Russia,” said Neil Thomas, an analyst at Eurasia Group, a political-risk consulting firm. “Whether Xi can navigate between Biden and Putin is a huge test of his leadership.”

Relations with the U.S. have plummeted in recent years across the board over a proliferating set of issues, from a trade war and competition to dominate critical technologies to China’s suppression of democracy campaigners in Hong Kong and ethnic Uyghurs in Xinjiang, as well as longstanding flashpoints like Taiwan. With the bilateral relationship beset with problems, Beijing sees little interest in helping the U.S. with Russia, according to foreign-policy experts close to the Chinese government.

The Chinese version of Friday’s meeting said Mr. Biden reiterated previous pledges he had made to Mr. Xi that the U.S. doesn’t seek to change China’s system, oppose China by strengthening its alliances, or support Taiwan’s independence. “I take your remarks very seriously,” Mr. Xi told Mr. Biden, according to Xinhua.

Do you expect China will shift its alignment with Russia? Why or why not? Join the conversation below.

Then the Chinese leader sought to shift blame for the deteriorating relationship on “some people in the U.S.” who “didn’t implement the important consensus” between Messrs. Xi and Biden. That comment reflects Beijing’s displeasure with leaks from the Biden administration in recent days alleging China was open to providing military assistance to Russia for its war against Ukraine.

China has denied U.S. assertions that Russia has sought its help, either through providing military equipment or economic assistance. The White House has declined to elaborate on those allegations. By publicizing possible transfers of weapons or other assistance, the White House is hoping to raise attention, making it more difficult for China to provide any assistance.

Mr. Xi also reiterated Chinese concerns about Taiwan, a U.S. partner and democratically ruled island that Beijing says it eventually intends to absorb, by force if necessary. The Biden administration has continued arms sales to Taiwan and dispatched a delegation there as Russia launched the invasion of Ukraine.

As part of the sparring around Taiwan, a Chinese aircraft carrier and a U.S. Navy destroyer sailed through the Strait of Taiwan in a pair of separate, sensitive maneuvers on Thursday and Friday.

Mr. Biden during the call “reiterated that U.S. policy on Taiwan hasn’t changed, and emphasized that the United States continues to oppose any unilateral changes to the status quo,” the White House said.

Write to Alex Leary at alex.leary@wsj.com and Lingling Wei at lingling.wei@wsj.com