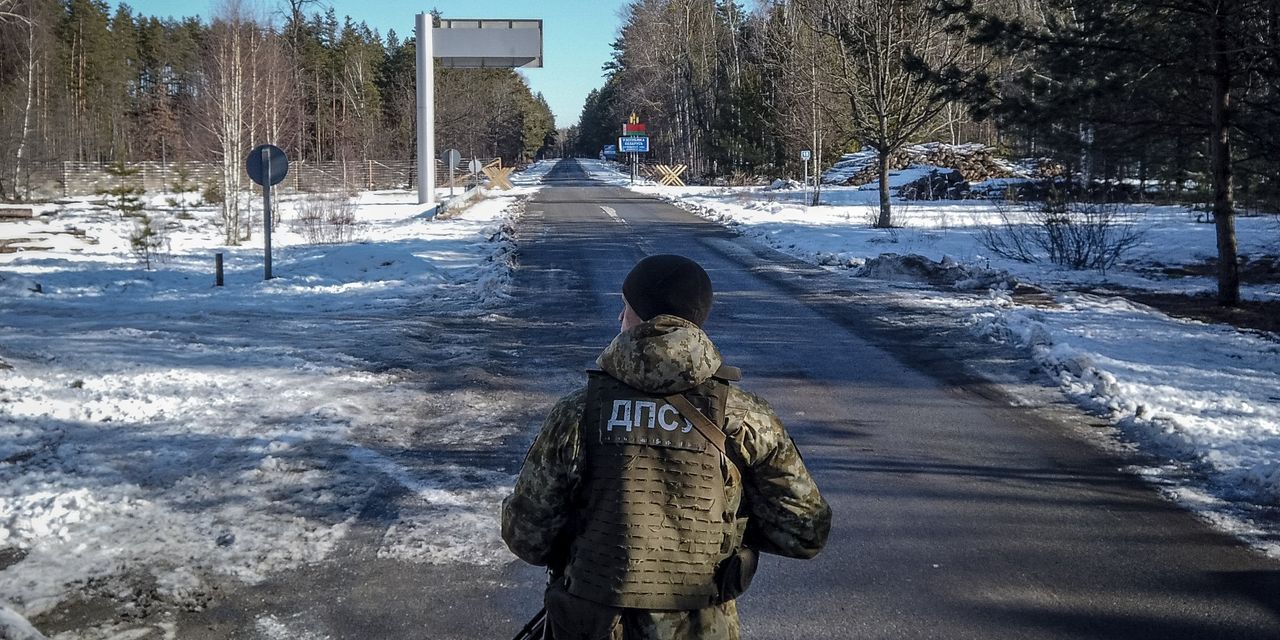 Ukraine resisted yielding to Russian demands, reaffirming Monday that it seeks eventual membership in the North Atlantic Treaty Organization, as German Chancellor Olaf Scholz shuttled between the two nations in an attempt to stave off a Russian military invasion.

The U.S. has evacuated its diplomats and military advisers from the Ukrainian capital, warning that major Russian military action against Ukraine could come at any time. Russia, which has massed some 140,000 along Ukraine’s borders, denies that it seeks war but also says it will never accept Ukraine joining the Western alliance.

Russian President Vladimir Putin, who is scheduled to meet Mr. Scholz in Moscow on Tuesday, indicated that room for negotiations still exists. At a televised meeting of senior security officials, Foreign Minister Sergei Lavrov suggested to Mr. Putin Monday that the Kremlin continue negotiations with the West to resolve tensions around Ukraine.

“It seems to me that our possibilities are far from exhausted,” Mr. Lavrov told the Russian leader. “I would propose continuing and intensifying them.”

In another sign of potential de-escalation, Ukrainian Defense Minister Oleksii Reznikov said Monday he had spoken with his counterpart in Belarus, Viktor Khrenin. Russia has sent some 30,000 troops for exercises to Belarus, and Ukrainian and Western officials fear these forces could be used for a strike on Kyiv, located not far from the border. “The goal of the dialogue is to relieve stress and prevent the escalation,” Mr. Reznikov said on Twitter. “I see this as a positive sign.”

Also Monday, Secretary of State Antony Blinken spoke with his Ukrainian counterpart, Foreign Minister Dmytro Kuleba, noting that Washington and its allies are “united in our commitment to the sovereignty and territorial integrity of Ukraine, including its economic and financial stability.”

While a NATO summit said in 2008 that Ukraine and Georgia will eventually become members of the Western alliance, they have not begun membership talks and prospects are low for either nation joining soon. Mr. Scholtz repeated at a joint press conference with Ukrainian President Volodymyr Zelensky in Kyiv that Ukraine’s membership in NATO isn’t on the agenda.

Mr. Putin has raised the prospect of NATO missiles ending up on Ukrainian soil one day as a red line, part of his demands to redraw Europe’s security architecture and provide Russia with security guarantees. Mr. Putin’s spokesman, Dmitry Peskov, said Monday that Ukraine formally abandoning the idea of NATO membership would contribute to addressing Russia’s security concerns, according to Russia’s TASS news agency.

In Kyiv, Mr. Zelensky said that, if it were up to him, Ukraine would already be in NATO. “We won’t give up on our path to NATO,” he said following talks with Mr. Scholtz.

He also repeated requests for heavy weaponry to fight off any potential attack from Russian troops. While the U.S., the United Kingdom, the Baltic states and Poland rushed planeloads of weapons to Kyiv in recent weeks, Germany has refused to supply military gear except for a field hospital and helmets. Berlin also banned other NATO members from exporting German-made weapons.

“We spoke for two hours, and I asked Chancellor Scholtz that to support Ukraine, not in words but in deeds, can Ukraine finally get heavy weaponry?” said Mr. Zelensky. “Right now in Ukraine, the future of the security architecture of Europe is being decided.”

Mr. Scholz, who has been in office since December, has been thrust to the center of negotiations between the U.S., Europe and Russia. He is following up on visits last week by French President Emmanuel Macron. The two nations sponsor the so-called Normandy format for talks on implementing the 2015 Minsk-2 agreement on the future of the Donbas region in eastern Ukraine. The latest round of these talks, in Berlin last week, failed to reach any progress.

In a sign that Russia may abandon the Minsk-2 deal altogether, the Russian parliament is slated to meet Tuesday to consider granting formal recognition to the Donetsk and Luhansk people’s republics, the two Russian-controlled statelets that were proclaimed in the Donbas in 2014. The move would allow Russia to openly supply with advanced weapons the two republics, which claim the two-thirds of Donbas that are controlled by Kyiv as their territory. Both the ruling United Russia party and the Communist Party have submitted draft resolutions calling on Mr. Putin to acknowledge the two republics’ sovereignty, according to TASS.

Mr. Scholtz’s trip comes amid increased alarm in the West after the U.S. warned at the weekend that a Russian invasion of Ukraine could take place in the middle of the week, a warning that sent financial markets swooning on Monday. Oil prices eased on Monday after initially soaring on fears that a war in Ukraine would choke supplies of Russian crude to the world at a time of relative scarcity.

The German chancellor’s visit follows a phone call between President Biden and Mr. Putin on Saturday and another between Mr. Biden and Mr. Zelensky on Sunday.

Mr. Biden told Mr. Zelensky the U.S. and its allies would respond quickly to any Russian aggression and warned Mr. Putin that his country would face “swift and severe costs” in the event of an invasion. An aide to Mr. Putin said in remarks posted on the Kremlin’s website that the call was requested by Mr. Biden as part of what he called a U.S. effort to stoke hysteria about an invasion.

“The sovereignty and the territorial integrity of Ukraine isn’t negotiable for Germany,” Mr. Scholz said at a joint press conference with Mr. Zelensky. “If Russia violated Ukraine’s territory again, we will know what to do.”

In Kyiv, Mr. Scholz also said that Germany would provide Ukraine with a loan of €150 million, equivalent to $170 million, to Ukraine on favorable terms as part of a longstanding German policy of financial support for the country, to which Berlin has provided nearly €2 billion since 2014.

—Evan Gershkovich and William Mauldin contributed to this article.