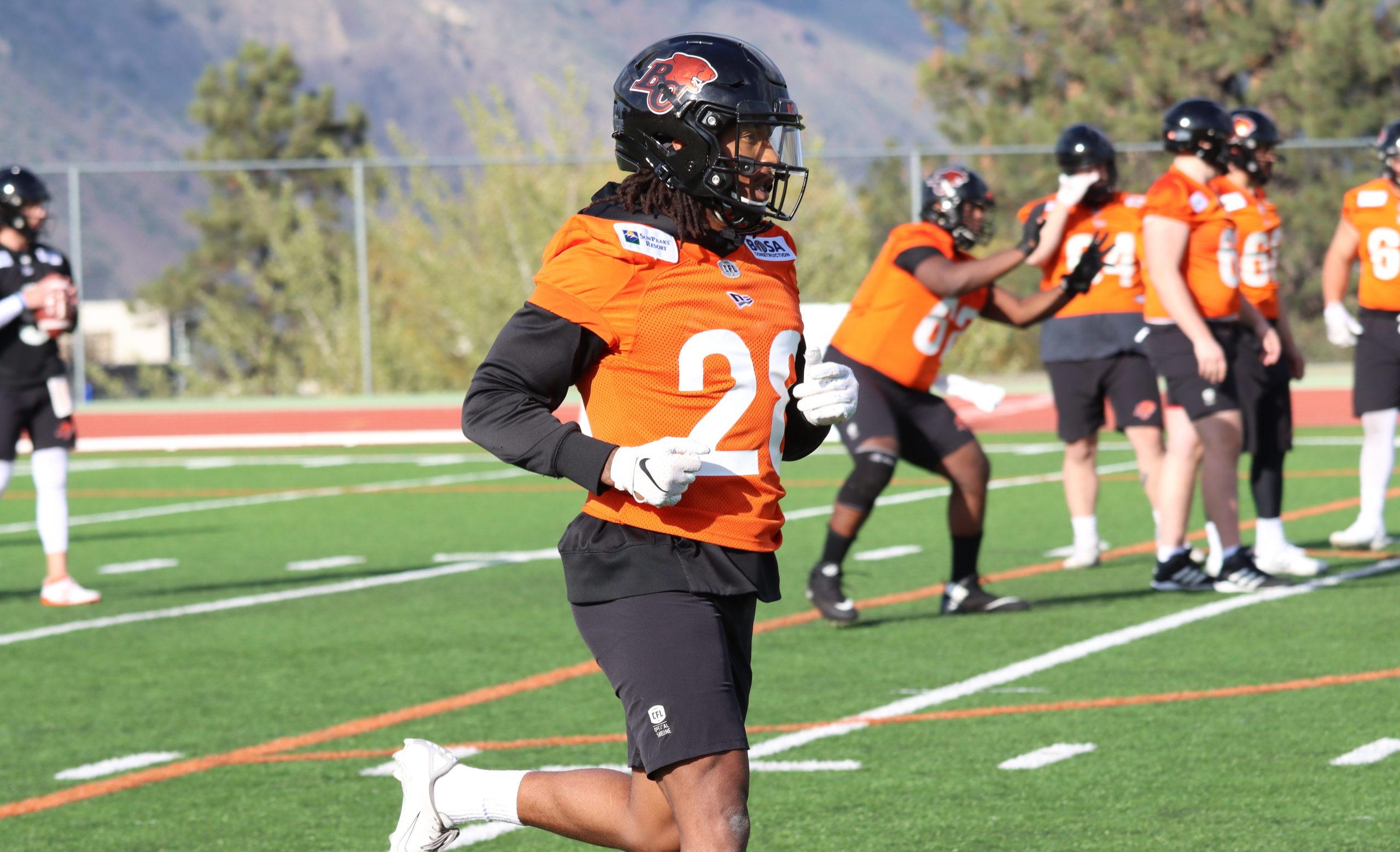 Bruce Anderson III has taken the ultimate life detour on his way to Kamloops and his second CFL stop. The fact he moved from the Tampa area all the way to North Dakota St. for his impressive college career isn’t even close to the beginning.

“My father was in the military. I was born in Germany and also lived in Japan, on both coasts of the United States, said the running back following Sunday’s walkthrough at Hillside Stadium.

“I’ve had plenty of diversity in my life. Luckily, I have a great family who was always supportive.”

His football journey has also had no shortage of frequent flyer points. After NFL practice roster stints with the Buccaneers and Colts, Anderson landed with the Edmonton Elks for three games in 2021 and returned six punts for 140 yards in the season finale against the Lions at BC Place.

Now he looks to use that experience in order to stick with an impressive group of backs that features incumbent starter James Butler and fellow American newcomer Darius Clark.  At the end of the day, it’s competition. The group has also made a habit of picking each other up.

“I think we have a very dynamic room with the backs,” he said.

“We all bring something to the table that each one of us can build on and the energy is really high. We’re all competing but there is no stepping on each other’s toes. We all want to get after it.”

It didn’t take long for Anderson to land on his feet following his brief stop with the Elks. It was assistant general manager Ryan Rigmaiden who pushed for the addition of Anderson in free agency.

“He told me he liked my running style, he liked what I did at North Dakota State and he felt this would be a good place for me to come out and showcase my talents.”

Another big part of Anderson’s diverse path was winning a whole lot of games at North Dakota State and playing with a highly-touted NFL prospect quarterback.

The Bison have been crowned national champions in the NCAA Division 1 Subdivision (FCS) 17 times. Anderson was a big part of three of those, winning titles in all but his sophomore season at North Dakota St. Other accolades included a pair of FCS All American selections and a school-record five touchdowns against Sam Houston State in the 2017 national semi-final.

“One of their recruiters at the time, coach Atif Austin, came to visit me and told me about all the championships they had won and played some good football. That’s how I found my way up there,” explained Anderson.

The speedy Anderson also suited up alongside quarterback Trey Lance for a pair of games in 2018. Lance appears to be entering 2022 as the projected starter with the San Francisco 49ers after being selected third overall in the 2021 NFL Draft. Although his college sample size was small, Anderson could see why the pivot was such a highly sought after draft prospect.

“That was something special. The kid has some crazy talent that he’s not even tapped into yet,” explained Anderson.

“Seeing that he’s so young, I could see the impact that he’s going to have in the NFL. I can’t wait to watch him and see them let him cut loose. Even in college, he only played a full season and then just a couple of days because of COVID. I think he’s flying under the radar because of that and being in the FCS but I think he’s going to be a force to be reckoned with in the NFL.”

Vying For A Roster Spot

With just over a full week of camp practices and a big pre-season audition coming up in Calgary this Saturday, Anderson knows it will serve as a big opportunity.

“It feels good to get back in the swing of things, run around and get familiar with a whole new team and new system. I think being in the CFL for that last part of the season (2021), gave me familiarity with the rules and just how the game is different up here. I’m excited to showcase my talents and do a little damage in the CFL.”

And he looked right at home during Monday morning’s sessions at Hillside Stadium, running for a long touchdown in the first team competition of the day. Now it’s about showing out when the lights come on during game action. The well-travelled former Bison looks to be up to the task.