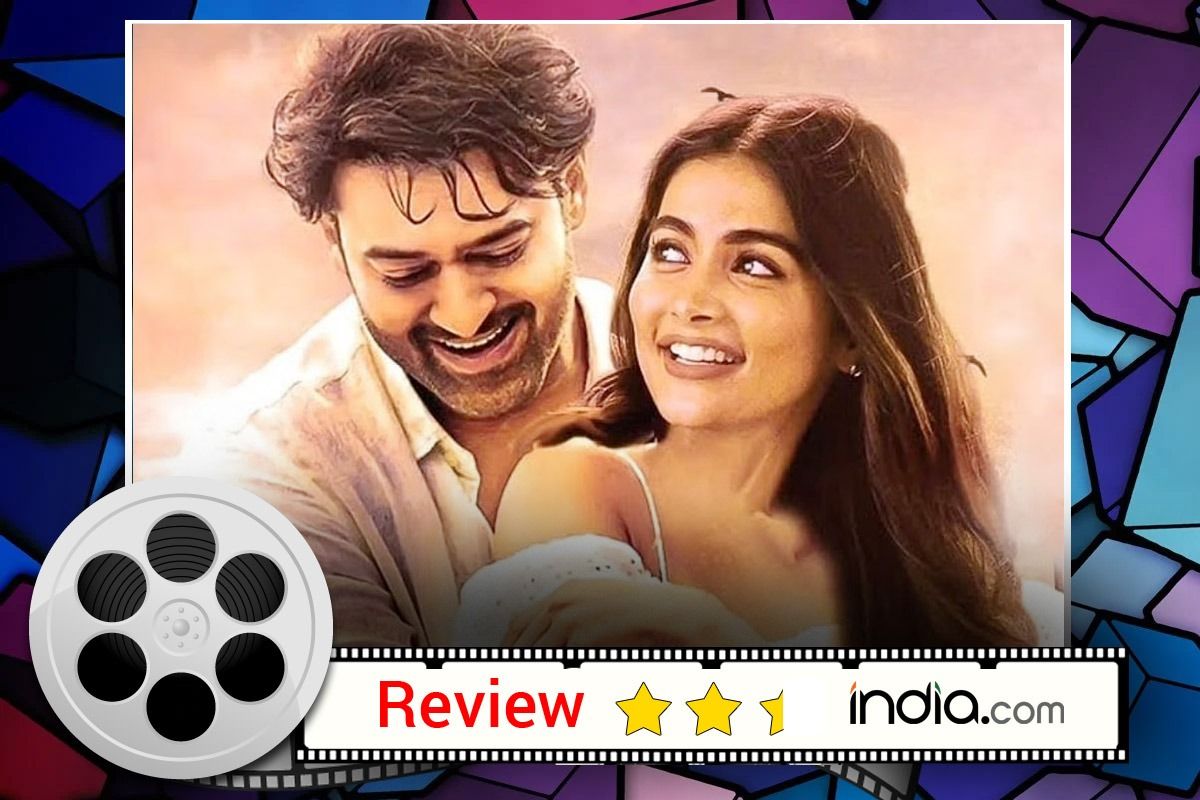 Radhe Shyam Review: Prabhas and Pooja Hegde starrer Radhe Shyam is one of the most awaited films of the year. After getting delayed multiple times due to the pandemic, the film has finally been released today. Prabhas is known for his action movies, but with Radhe Shyam, he enters a different territory as it is an out-and-out romantic film. So, is this love story worth your time and money? Find out in our movie review of Radhe Shyam below…Also Read – Prabhas’ Exclusive Interview on Baahubali, Radhe Shyam, Hollywood Plans, Salaar Update, Adipurush And Being Pan-India Hero

Radhe Shyam is set in the 70s and it is about Vikramaditya (Prabhas), a famous palmist who had also predicted Emergency in India by reading the hand of the then Prime Minister. Later, he leaves India and starts staying in different countries alone. His mother (Bhagyashree) stays in Rome, and he even doesn’t meet her for years. After a few years, he comes to Rome and meets Prerna (Pooja Hegde). Vikramaditya doesn’t believe in love and marriage as according to him there’s no love line in his hand. But, Vikram and Prernaa fall in love with each other. So, will their love story have a happy ending? Also Read – Radhe Shyam Box Office Predictions: Will Prabhas-Pooja Hegde Starrer Dominate Bheemla Nayak, Valimai?

The basic concept of the Radhe Shyam, ‘Love Vs Destiny’, is quite good and it surely had the potential to be made into a fantastic film. Pooja and Prabhas’ chemistry saves the movie; their jodi will surely be loved by the audiences. Even both the actors are looking very good in the film; Prabhas’ suave avatar will steal your hearts and Pooja is looking gorgeous. Performance-wise, it’s Pooja who steals the show. The actress has acted really well, especially in the pre-interval sequences and the second half; clearly, one of the best performances of her career so far. Prabhas is also good in his role, and the movie is surely a treat for his fans. The background score is wonderful, especially in the romantic scenes. It’s soothing and creates a strong impact. Also, the costumes that the actors are wearing in the film are very colourful and brighten up the screens. Also Read – Radhe Shyam First Reviews Out: Prabhas-Pooja Hegde Starrer Hailed For ‘World Class Performances’

Are actors, beautiful costumes, and a wonderful background score enough to make a good film? Well, no! The film’s screenplay and narration are the most important elements that make a film worth a watch, and that’s where Radhe Shyam falters. The first half of the movie is good in bits and parts, and the second half starts well, but things get ruined further. The hero, who in the whole film is just a normal guy-next-door, becomes a Baahubali in the climax and performs stunts like he is pro at it. Also, why was this film named Radhe Shyam? There’s no Lord Krishna and Radha angle in it, nor the name of the characters are Radhe and Shyam.

It looks like Radha Krishna Kumar, who has written and directed the film, concentrated on making a visually appealing romantic period movie. But, a romantic film needs to connect with the audience emotionally, and Radhe Shyam fails in that. Also, a movie, which is VFX heavy, requires good visual effects and that’s one of the most disappointing elements of the film. The VFX is not up to the mark. It looked like there were paintings stuck behind the actors.

There’s also a major casting problem here. Bhagyashree, who looks younger than Prabhas in the film, plays his mother. And even if you get an actress like Bhagyashree to play a role in your film, at least give her a good scope to perform. Many other actors like Murli Sharma and Jayaram are just wasted here.

Radhe Shyam had the potential to be better, but it just turns out to be an average film. If you are a Prabhas or Pooja Hegde fan, then of course it’s a must-watch for you.