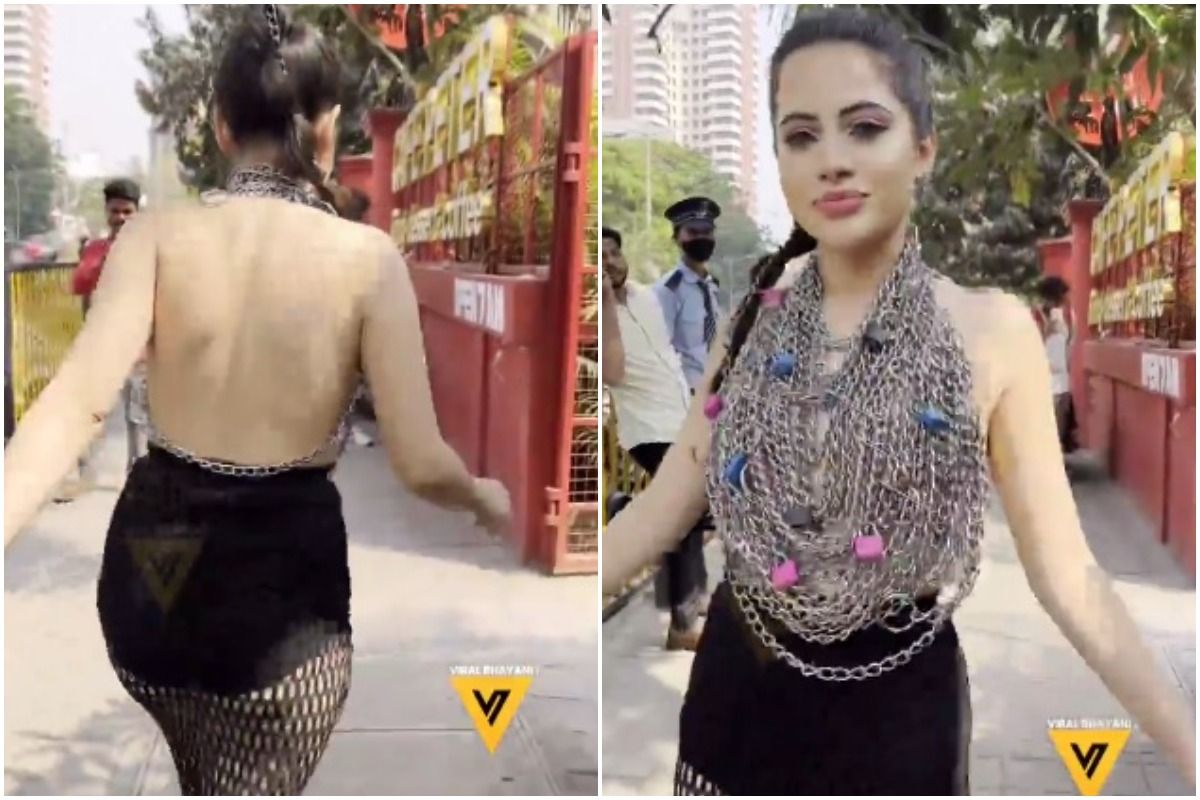 Urfi Javed viral video: The internet is back to troll one of its favourite fashionistas – Urfi Javed. After a series of basic looks, the model once again walked the streets of Mumbai wearing a totally unexpected look. A video of Urfi is now going viral on social media in which she is seen flaunting her interesting fashion sense by replacing the top with lots of silver chains. Urfi teamed her make-shift chain-top with a mesh skirt.Also Read – ‘Yeh Kisne Banaya Hai Ab’: Urfi Javed’s Fan Questions Her Designer For This Front Open Revealing Criss-Cross Dress

The Bigg Boss OTT contestant posed in front of the paparazzi as she walked like the world is her runway. Urfi further wore a pair of white heels and tied her hair in a severely high braid. Urfi made a statement and made heads turn with her outing on a busy Thursday. Check out her viral video here: Also Read – Urfi Javed Ditches Cut-Out Dresses And Wears Lehenga, Fans Say ‘Aise Ache Lagte Ho’

On Instagram, she shared a couple of photos from her latest photoshoot. Urfi could be seen wearing an unbuttoned turquoise shirt with a pair of brown pants. She teamed the shirt with a statement turquoise boho neckpiece, middle-parted hair and lots of makeup. Check out her pictures here:

Urfi has created a sensation on social media with her unique style sense. She is often trolled for looking different and for carrying these looks with so much confidence but she has always maintained that it’s her world and her choice. What do you think of Urfi’s black chain look?