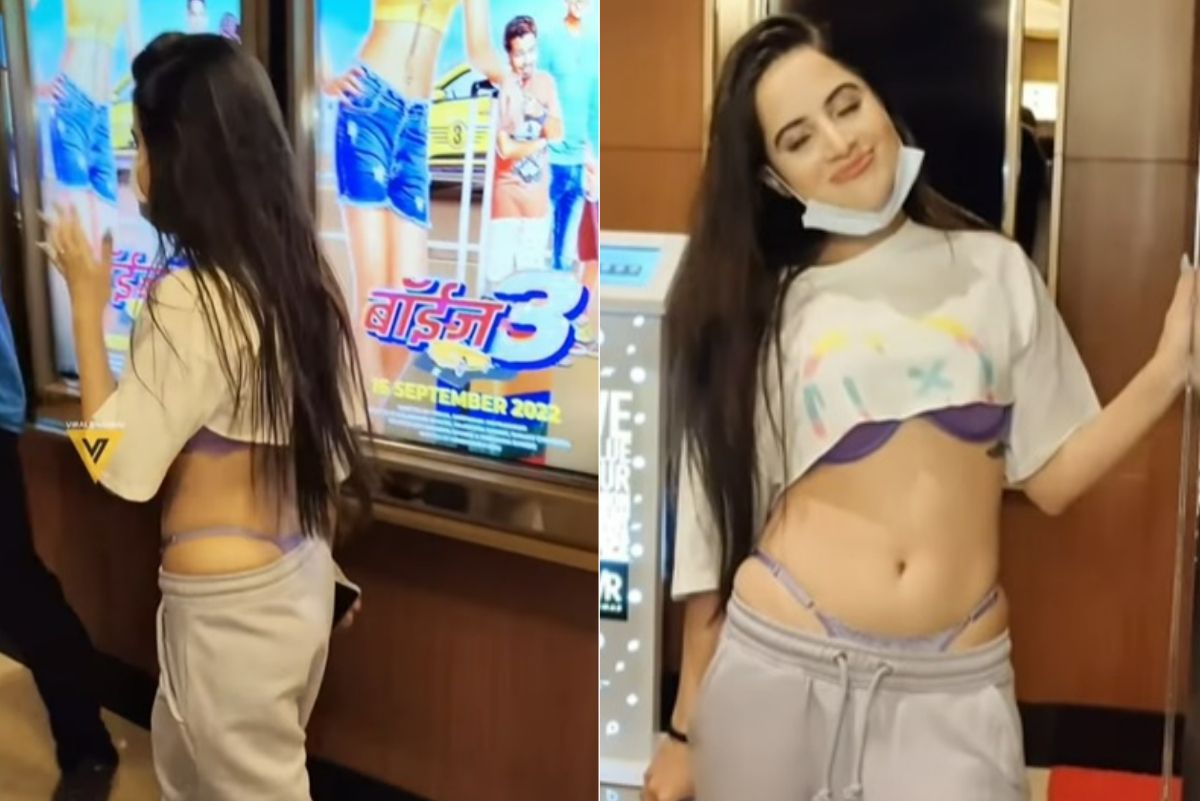 Urfi Javed viral video: Urfi Javed was clicked on Thursday evening by the paparazzi as she stepped out to watch Brahmastra with her friends. The actress stayed true to her style and wore unusual separates for her casual day out. Urfi wore a purple bralette and showed off a matching thong that peeked out from her joggers.Also Read – Urfi Javed Wins Hearts in Makeup-Free Look, Netizens Call Her ‘So Humble’ For Offering Tea to Paps – Watch Viral Video

The actress, who loves to make a statement with her outfit everytime she steps out of her house, left no stone unturned in making sure all eyes remained on her this time as well. Urfi rocked a tiny crop top and joggers with a pair of orange-blocked heels. As the paps followed her at the theatre, she snapped at them asking, ‘washroom tak aaoge kya mere piche... (would you now follow me to the washroom?).’ Also Read – Urfi Javed Flaunts Hotness in Dangerously High Waist Dress, Fan Asks ‘Ander Ka Kaha Hain?’ -Watch Video

Urfi is a fashionista in her own right. The actress is popular for her unabashed sense of fashion and style. She never fails to amaze the paps or her fans on social media with her self-curated outfits. While a section of the people on the internet trolls her for choosing to dress up the way she does, she always gives them back in her own style, sans any drama.

From wearing an outfit made with ropes, wires, glass, stockings, pebbles, vark, pins, blades, chains, shells and candy floss among other things, Urfi has gone creative with each outfit of hers. What do you think of her latest bold look here though?