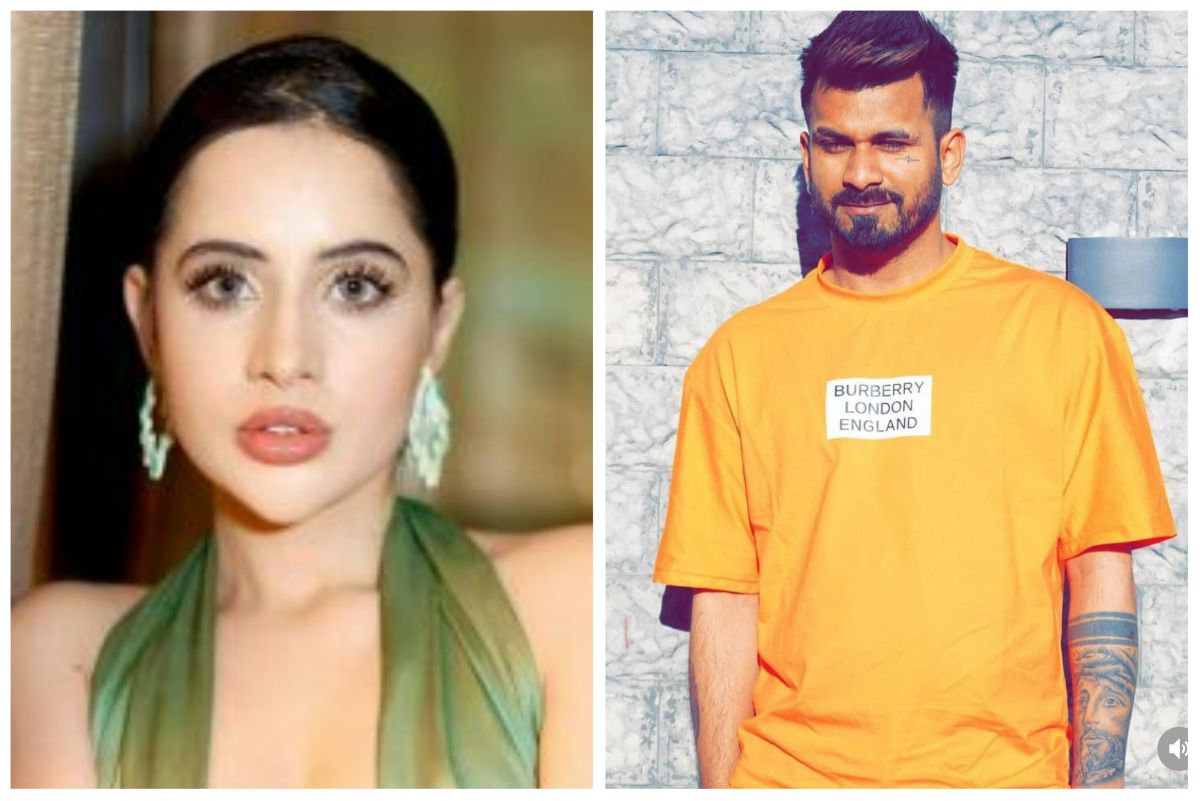 Urfi Javed Accuses Man of ‘Cyber Raping,’: Urfi Javed shared a shocking story on facing harassment from a man in her latest Instagram post. Urfi took to her Instagram handle and posted a picture of a man along with a series of screenshots from chat messages. In the screenshots shared by Urfi, the man has been asking her for inappropriate advances by blackmailing her. Urfi in her post caption has alleged that the man has been harassing her for two years and Mumbai Police hasn’t taken any action regarding the same. The actor revealed that she had lodged a complaint for the past 14 days. In the chat conversation the man threatens Urfi of making her morphed nude picture go viral is she doesn’t agree to have virtual sex with him.Also Read – Urfi Javed Goes Bold in Green Wired Dress And Nosepin, Netizens Mock Her, ‘Overdressed’ – Watch Viral Video

Urfi captioned her post as, “So this man has been harassing me for so long and now I had it . 2 years back someone morphed my photo and started distributing it , I had already filed a police complaint about that 2 years back and I went through hell at that time . I even uploaded a post 2 years which is still there on my profile . This man got a hold of that picture and had been blackmailing me to have video sex with him or else he will distribute the picture on various Bollywood pages and ruin my career . Yes , he was blackmailing me to cyber rape me (that’s the word for it ).” She further added, “It’s not him that I’m disappointed in , I filed an F.I.R on 1st at Goregaon police station @mumbaipolice. It’s been 14 days no action has been taken till yet ! I’m so so disappointed . I had heard so many good things about @mumbaipolice but their attitude towards this man is weird . Even after informing them that he has done with to idk how many women , still no action . Anyways this man is a threat to society , women . He shouldn’t be allowed to live freely . The last picture is of his best friend , sera Kishore .” Also Read – Urfi Javed Gets Hospitalised After Instagram War With Chahat Khanna: ‘I Kept Ignoring…’

Urfi also revealed, “I had worked with her sister Ashna Kishore , I contacted the sisters , sent them proof how he’s been blackmailing me and what all he has done to other girls but guess what , these girls bluntly chose to ignore the proofs and supported him saying all 50 girls are lying including me ! Wow . These girls were chilling with this man the night he started blackmailing me , I tried contacting them but no response , no help . Idk what action police will take now but just wanted to tell everyone about this man who is freely working in the Punjab industry.”

For more updates on Urfi Javed cyber harassment case, check out this space at India.com.