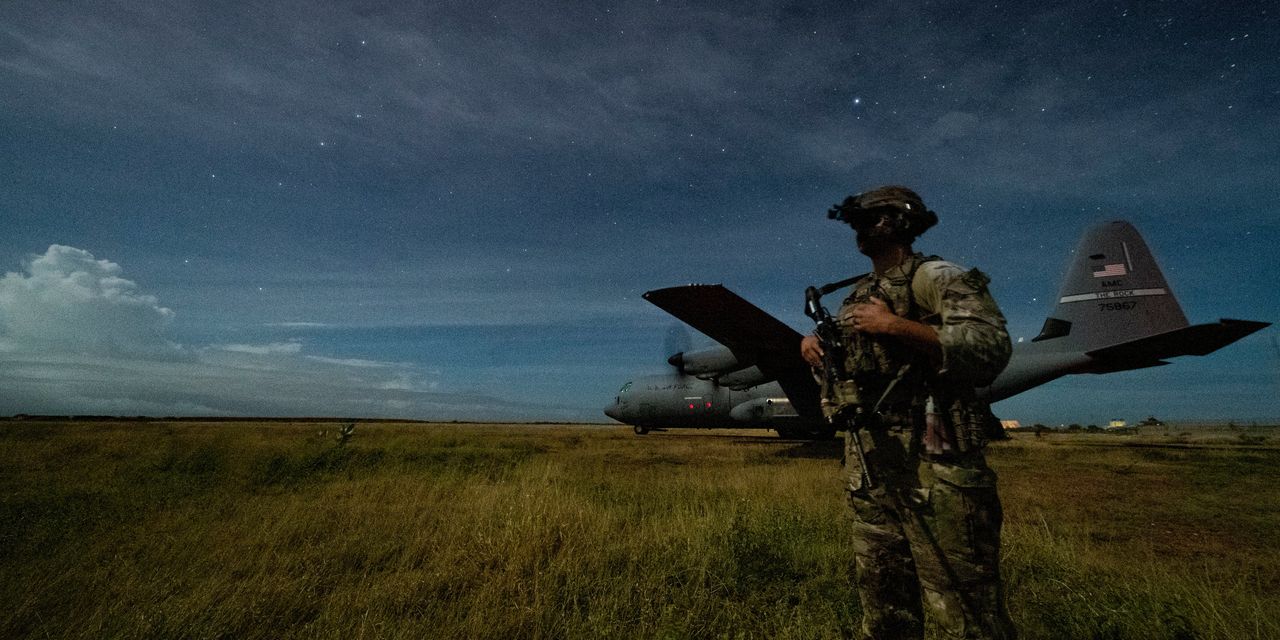 last-minute order to withdraw some 700 Army Green Berets, Navy SEALs and Marine Raiders from bases in Somalia, where they had been training an elite local unit to fight al-Shabaab, according to the officials. The Pentagon moved most of the American commandos to neighboring Djibouti and Kenya.

“Since U.S. forces have come out of Somalia last January, we assess there is an uptick in al-Shabaab activities,” said a senior U.S. intelligence official, adding that “there has been no pressure on al-Shabaab at this point and they have freedom of movement.”

The Pentagon considers al-Shabaab to be al Qaeda’s most-potent franchise world-wide and estimates its strength at 5,000 to 7,000 fighters. The U.S. has conducted a special-operations war against the group since 2007, much of it shielded from public view.

The military is asking Mr. Biden to deploy troops now stationed in Djibouti and Kenya back to Somalia. Senior officers argue that local soldiers fight more effectively when consistently side-by-side with experienced U.S. special-operators, even if the Americans avoid ground combat and limit their role to training and air support. Commanders also say frequent movement in and out of Somalia itself carries unnecessary risks for U.S. troops.

Mr. Biden hasn’t announced his decision. “As a matter of policy we do not comment on potential troop deployments,” a National Security Council spokeswoman said.

But there is a growing sense the military will get many, if not all, of the troops it is seeking. “I believe we will be given permission in the near term to be able to have a more persistent presence in Somalia,” said a senior military official.

Mr. Trump dismayed many military commanders when he issued the withdrawal order in the final weeks of his term, amid his wider effort to wind down conflicts in Afghanistan and Iraq. At the time, the Pentagon scrambled to reassure nervous African governments and allies that the U.S. was “not withdrawing or disengaging from Africa.”

The incoming Biden administration immediately put the decision under review as part of a larger reassessment of U.S. forces abroad, while allowing American troops to visit Somalia periodically to train the local commando unit, the Danab, or Lightning.

At the same time, Mr. Biden has sharply reduced the number of U.S. drone strikes against al-Shabaab fighters, which, due to the risk of civilian casualties, sometimes stir up public opposition in Somalia.

Mr. Trump conducted 203 airstrikes during his four-year term, including two the day before he left office, according to data from U.S. Africa Command. During Mr. Biden’s first 13 months as president, the military has carried out five airstrikes, most recently last month when Somali troops requested assistance to repel an al-Shabaab attack.

U.S. officials say it has proven more difficult to coordinate air attacks on al-Shabaab without having troops on the ground in Somalia.

The N.S.C. spokeswoman said the Biden administration takes a “holistic” approach to Somalia, where pressing issues run from drought-induced hunger and militant violence to regional schisms, political infighting and clan rivalries. Such an approach involves synchronized strategies from the Pentagon, State Department and Agency for International Development, officials say.

Top U.S. officers have been wary about exerting public pressure on the White House to back their request to move troops back into Somalia. But in recent months, they have become increasingly outspoken about their sense that al-Shabaab fighters are gaining ground while American troops commute to the battlefield.

“The threat of al-Shabaab is growing,” Gen. Stephen Townsend, commander of U.S. forces in Africa, told Voice of America in January. “And if increased pressure is not applied to al-Shabaab, I’m concerned that there’s going to be a significant al-Shabaab attack.”

Al-Shabaab killed 67 people in a Nairobi, Kenya, shopping mall in 2013. Two years later, the militants killed almost 150 at Kenya’s Garissa University, near the Somalia border, searching out Christians to target among the students. And in 2017, the group allegedly detonated a truck bomb that left nearly 600 dead in Mogadishu, Somalia’s capital.

In 2019, the group declared American civilians to be legitimate targets. U.S. officials say the militants present a potent threat to American interests in East Africa.

In 2020, al-Shabaab killed one U.S. soldier and two American civilian contractors at a military base in Manda Bay, Kenya, near the Somalia border. U.S. troops were there to train Kenyan soldiers serving in a large African Union force deployed to Somalia since 2007.

The U.S. military on Thursday released its findings from its investigation into that attack. That report concluded that a number of U.S. military failings, including insufficient planning for potential threats and poor leadership, and roughly 40 attackers that were “determined, disciplined and well resourced” led to the attack.

“If there continues to be no pressure on [al-Shabaab], the concern would be that they would become a threat to the homeland,” the intelligence official said.

In addition to carrying out ambushes, planting roadside booby-traps, detonating bombs in cities, assassinating officials and taking over villages, al-Shabaab extorts revenue from ports and other businesses, taking in an estimated $130 million a year. The group spends some of that wealth on weapons and transfers a portion to al Qaeda global leaders in Pakistan and Syria, according to U.S. officials.

“They put al-Shabaab on the defensive—it was going well,” Mr. Mubarak said. “Nobody expected the operation would end without warning.” The Danab, Somalia’s U.S.-trained special-operations unit, has been the only force keeping the militants in check, he said.

Somali government spokesmen didn’t return calls and messages seeking comment on the prospect of the Americans returning on an enduring basis.

Uncertainty over the U.S. position in Somalia mirrors growing questions about Western policy in other volatile areas of Africa.

Al Qaeda and Islamic State-aligned extremists have intensified attacks in Mali, Burkina Faso and Niger in the Sahel, the semiarid band just south of the Sahara. Military coups in Guinea, Mali and Burkina Faso, however, have driven a wedge between Western militaries and some former allies in the region.

France announced last month it is pulling thousands of troops out of Mali, but will likely shift them to neighboring countries. The U.S. has suspended plans to station a Green Beret team in Burkina Faso to train local commandos.

—Nancy A. Youssef contributed to this article.