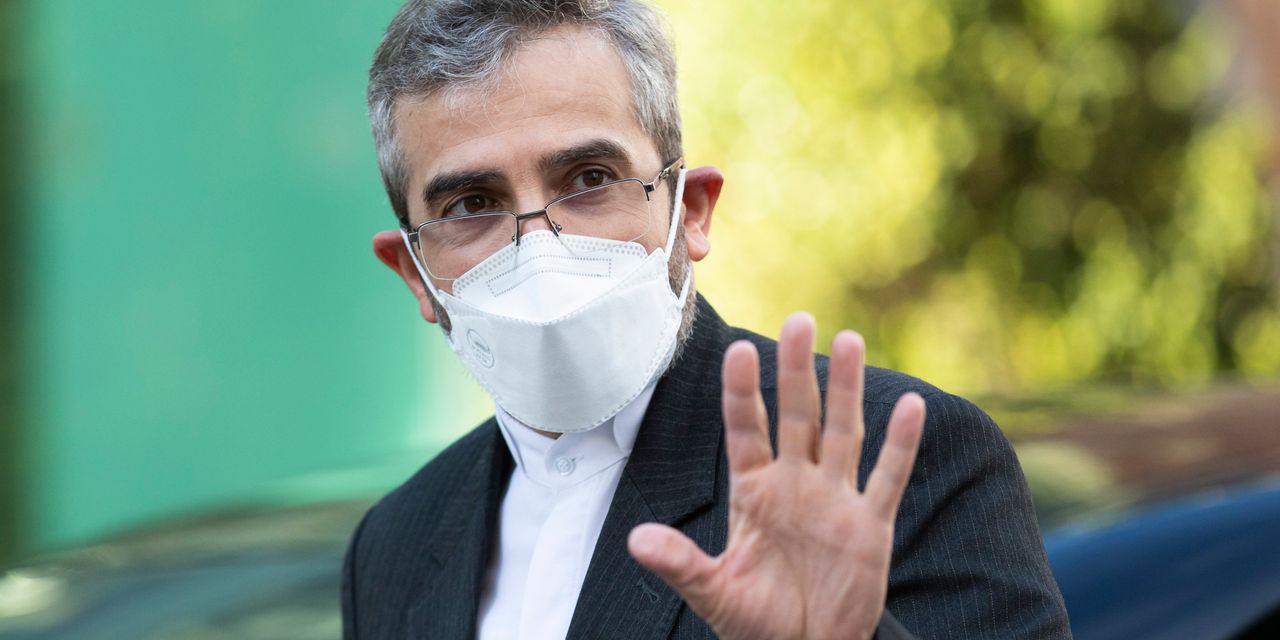 Prospects for a new but diminished Iran nuclear deal are increasing, prompting debate in Washington about whether an accord merits the compromises involved.

Fitful negotiations on reviving the 2015 nuclear deal resumed in Vienna on Tuesday, with U.S. and Iranian officials saying an agreement could be within reach. U.S. officials are eyeing late February as an unofficial deadline for the talks although that could shift back a few days if negotiators were closing in on a deal, a senior diplomat said.

But the advances Iran has made since the Trump administration exited the deal in 2018 have eroded gains for Western negotiators, who have been striving to ensure Iran never gets close to developing a nuclear weapon.

The Wall Street Journal reported last week that U.S. officials had concluded that under a restored deal, the amount of time Iran would need to amass enough nuclear fuel for a bomb would be significantly less than the one-year goal under the 2015 deal.

On Monday, a group of 33 Republican senators warned the White House that the implementation of a deal could be “severely, if not terminally hampered” by congressional opposition if the Biden administration didn’t allow a full review and a possible vote on its terms.

Some former officials say a restored deal could keep the Iranians a safe distance from having sufficient weapons-grade uranium for a bomb for another eight years or so, but that without a deal they could soon be weeks or even days away.

“In the absence of a deal, Iran will be free to continue ramping up its enrichment program, accumulating more and more enriched uranium at higher and higher levels,” said Robert Einhorn, a former ranking State Department official who is now a senior fellow at the Brookings Institution, a Washington think tank.

“That will bring them much closer to being a threshold nuclear weapons state. The Gulf Arabs and especially Israel will get very nervous about it,” he added. “Incentives will increase for a pre-emptive military strike.”

While the accord’s backers say a restored deal would defuse an escalating crisis and give the U.S. more time to respond if Iran opts to step up its nuclear program, critics argue it would merely put off the day of reckoning as Iran uses sanction relief to build up its military strength.

“The Biden administration is on the cusp of providing even greater sanctions relief in return for far less,” said Mark Dubowitz, chief executive of the Foundation for Defense of Democracies, a think tank that supported the Trump administration’s maximum pressure campaign to impose strict sanctions on Tehran.

How should the Biden administration approach a deal with Iran? Join the conversation below.

The 2015 deal was an effort to prevent Iran from seeking nuclear weapons both by raising the odds of catching a nuclear breakout and by offering incentives, through broad sanctions relief, to reintegrate Iran into the world economy.

At the heart of the accord was a basic, and much debated, trade-off.

The U.S. and its partners secured strict limits on Iran’s nuclear activity including on how much enriched uranium Iran could accumulate and produce, its research on advanced centrifuges to produce fissile material and the conversion of a planned heavy water reactor that could have produced enough plutonium for two or three nuclear bombs a year. Long-lasting verification measures were implemented.

Iran, for its part, retained a substantial nuclear infrastructure, including the right to enrich uranium. Tehran also obtained an understanding that the limits on uranium enrichment, centrifuge development and missile technology would ease over time.

By 2023, for example, an international ban on Iran’s import of ballistic missile technology would end. By 2031, there would be no specific cap on how much enriched uranium Iran could produce or the purity of that material.

Iran would still be banned by the Nuclear Nonproliferation Treaty from using such materials to produce a nuclear bomb. The sunsets of those limits would give it an enormous head start, however, if it decided to violate its pledge to never develop nuclear weapons.

Efforts by both Republican and Democratic administrations to strengthen the deal’s limits on Iran’s nuclear program have failed. After he pulled out of the 2015 deal and imposed punishing sanctions, former President

insisted that Iran stop all uranium enrichment and halt its development of missiles that could carry nuclear warheads. Iran endured the sanctions and responded by greatly expanding its nuclear work.

As a candidate, President Biden vowed to first restore the 2015 deal and then negotiate a tougher and longer follow-on accord that would also cover Iran’s missile program. But Iran, which has gone through a political transition of its own to a more hard-line president, has shown no interest in a successor agreement.

Without a restored deal, Iran looks set to further expand its nuclear work, moving closer to being able to produce a nuclear weapon and creating a crisis for the Biden administration, which already faces huge foreign-policy challenges, including with Russia over Ukraine.

Eric Brewer, senior director at the Nuclear Threat Initiative and a former director for counter proliferation at the National Security Council, said U.S. officials would need to judge “what are the alternatives to reviving the deal?… What other options do we have? How promising, risky, and realistic are those options?”

Under a revived deal, Iran would have to ship out most of its 2.5 tons of stockpiled uranium, stop producing nuclear fuel above 3.67% purity and uninstall most of its advanced centrifuges. Iran insists it won’t allow those machines to be destroyed, so Western officials want limits on Iran’s ability to produce new machines.

On Tuesday, European Union foreign-policy chief Josep Borrell, who coordinates the Vienna diplomacy, said, “We have reached the last steps of the negotiation.” He said there could be a deal in weeks.

After months of negotiating through European intermediaries, Iranian officials have said in recent days they may be prepared to sit down and negotiate face-to-face with the U.S. to complete a deal.

In negotiating the 2015 deal, Obama administration officials calculated it would take 12 months for Iran to produce sufficient enriched uranium for a single bomb if it decided to break out of the accord. They estimated that this arrangement would last for at least a decade, which would give the U.S. plenty of time to detect a violation and apply diplomatic pressure or take military action.

But in breaching the accord’s limits following the U.S. withdrawal, Iran has gained irreversible knowledge about how to operate advanced centrifuges. As a result, some analysts say the amount of time Iran would need to break out of the accord could be as little as six months.

the senior U.S. negotiator in Vienna, argued that if a deal can be reached in coming weeks, it remains important.

“If we’re not in the deal, Iran is unconstrained in its nuclear advances and that’s why, we see that as of today, they are only a few weeks away from enough enriched uranium for a bomb,” Mr. Malley said on MSNBC last week. “As of today, our view is that getting back into the deal will be profoundly in our national security interest.”

Some lawmakers signaled that they are concerned about where the talks are headed.

“I am here today to raise concerns about the current round of negotiations,”

(D., N.J.), chairman of the Senate Foreign Relations Committee, said last week. “At this point, we seriously have to ask, what exactly are we trying to salvage?”

Write to Laurence Norman at laurence.norman@wsj.com and Michael R. Gordon at michael.gordon@wsj.com