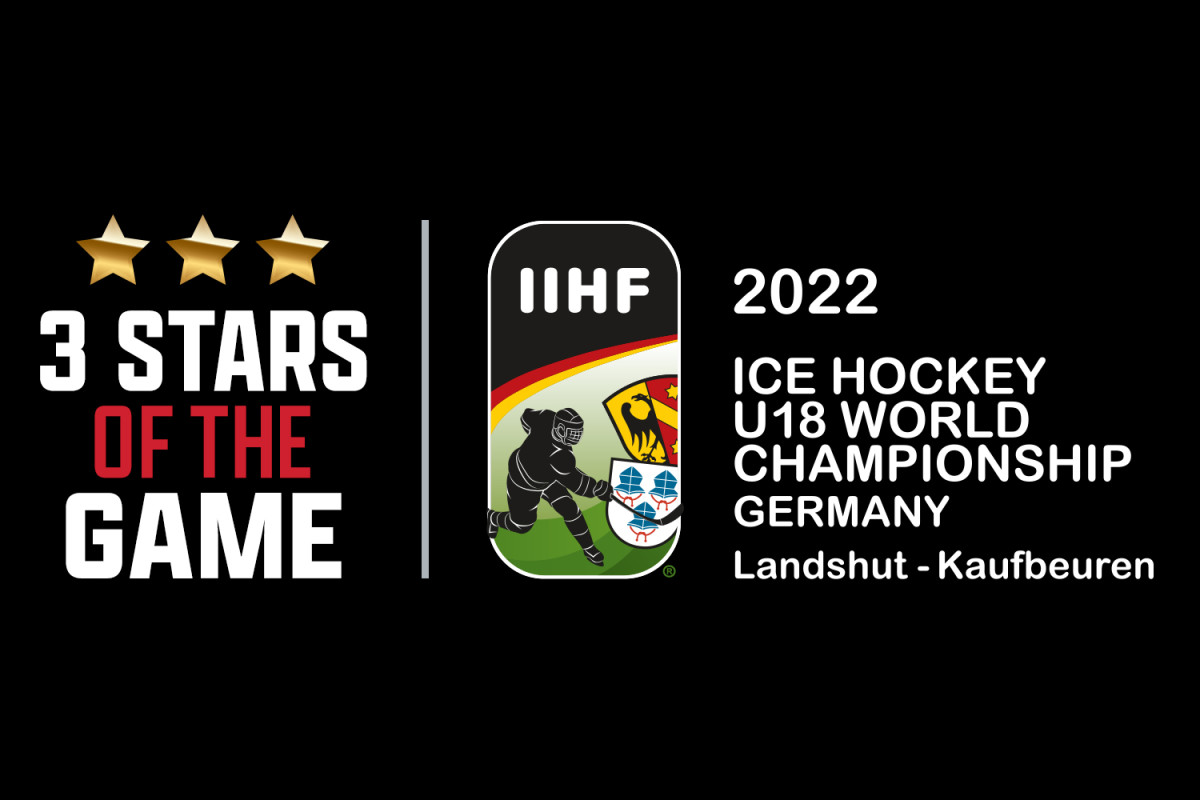 Day 2 of the World Under-18 Championship is in the books and what a day it was.

The U.S. squad exploded on offense after a slow start with another goal from Isaac Howard, while Jiří Kulich continued to showcase why he deserves to be a first-round talent. The Finns took down Latvia to take a stranglehold on Group B thanks to a really nice effort without their star Joakim Kemell, who missed the game due to an illness.

The afternoon action saw Canada attempting to redeem themselves after their 8-3 loss against the Americans on day one. They struggled to start but eventually pulled away because of a special talent on their roster who happened to be today’s first star. Sweden also needed a bounce-back game after their loss to Latvia and also had a performance to remember from a 2023 NHL draft-eligible player. Both Canada and Sweden redeemed themselves but both came with some scary moments as well.

What can we say that hasn’t been said?

This Canadian team looked off for much of the game. Even getting out to a four-goal lead, they didn’t really feel like Canada had taken control of the game because they were playing sloppy throughout. After Germany quickly scored a third goal to pull within one, Bedard decided he was done playing games.

Bedard scored an absolute beauty of a goal on a give-and-go with Adam Fantilli. Rushing up ice, Bedard set Fantilli up who fanned on the initial shot before adjusting and sending a slick spin pass to Bedard who roofed it from in tight. About a minute later, Bedrad sniped a top corner goal and proceeded to shush the German bench, signifying that the game was over and he was making sure of it. The confidence and swagger that Bedard emitted in the third period seemed to inspire his whole team as they seemed to get their act together as a whole. It certainly wasn’t the cleanest win for Canada, coming out of the game with an 8-3 win.

Although his game on the surface wasn’t much more impressive than McGroarty on the U.S. team or even his teammate Jonathan Lekkerimäki who had two points on the day as well, the timing of Carlsson’s goals and the energy they gave the Swedes really made him the star of the show for Sweden. After going down a goal halfway through period one, Swedish winger Oskar Pettersson knocked a puck out of the air and up ice. Carlsson jumped out ahead of the pack to collect it for a breakaway where he beat the goalie with a clean low shot to get the Swedes tied up at one.

After going down again, Lekkerimäki tied the game up at two a few minutes into the second. That’s when Carlsson made his impact yet again. With Sweden pressuring around the net, the puck popped into space at the bottom of the faceoff circle. Carlsson jumped onto the loose puck, turned and fired it off at the net. It deflected off a defender and bounced into the net. It may not have been the cleanest goal but the work by Carlsson down low is what helped lead to the goal.

Sweden needed this game. Badly. Leo Carlsson scored the opening goal for the Swedes and the game-winner when it was looking pretty bleak for a squad with legitimate medal aspirations. The 2023 NHL draft-eligible Carlsson made sure they got into the win column and ready for their matchup against Finland on Tuesday.

The American captain led the Americans to another decisive win on day two. With two goals and a number of other chances, McGroarty was one the best players on the ice against the Czechs. McGroarty’s first goal came after he made a great play at the blueline to keep the puck in the zone, sprinting to his offside and keeping the puck in by inches. He sent the puck back down the wall and got over to the right wing side to set up for a shot. He received the return pass and made no mistake, sniping it far side. The captain’s second goal was from the dirty area, right in front of the net. The Nebraska native drove the center lane and chipped in a loose puck as he was hit by the Czech defenseman. A physical play from a physical forward.

Coming away with the player of the game award for the Americans, McGroarty put together a solid second game of the tournament. McGroarty is projected to be a late first or early second-round pick on most boards because of his impressive offensive instincts and physical game, both of which were on display in this game. With the U.S. looking like the team to beat at this year’s U-18s, the American captain could be in for another big game or two en route to what they hope is redemption after last year’s underwhelming performance.

Canada was looking a bit lackluster to open the game, being gifted a five-minute powerplay for a head hit nine seconds into the game but they didn’t seem to get anything together in the opening five. After things returned to five-on-five, it was Siepmann who got Canada on the board and gave them their first lead of the tournament. Siepmann fired an accurate shot from above the faceoff dot as traffic was cutting across the face of the German netminder and the puck made it through to give open the scoring. Just a few minutes later, Siepmann again became a catalyst for the Canadian offensive attack as he sent a very nice pass up ice to David Goyette who absolutely fired a missile past Philipp Dietl.

Siepmann isn’t exactly a household name, but the Calgary Hitmen defender was a big reason Canada seemed to get their offense going in this one. Even if he didn’t factor onto the scoresheet after his assist, the Windsor, Ontario native was solid in his own end and made quick decisions to turn the play back up ice in a positive direction. He wasn’t on the ice for any goals against and he made the right play at the right time consistently all night.