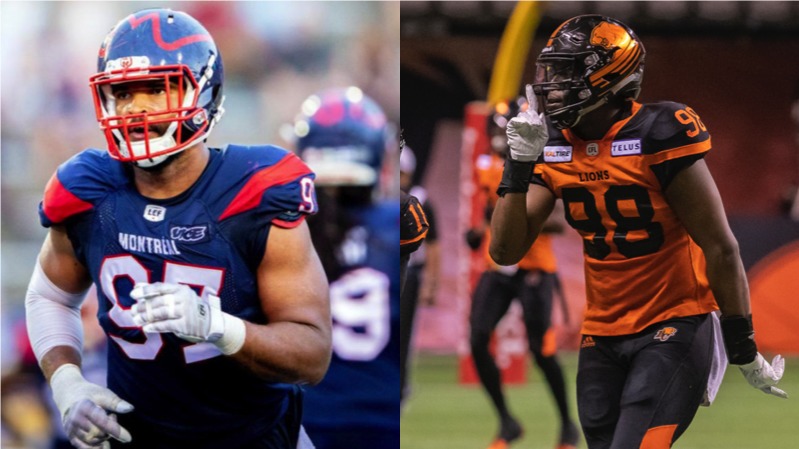 The BC Lions made two more key additions to the defensive line today as Americans Woody Baron and Ivan McLennan have signed with the team.

Baron, 28, has appeared in all 50 regular season games over the last three seasons with the Montreal Alouettes, racking up 71 defensive tackles, 11 sacks and a forced fumble.

Baron signed with the Dallas Cowboys as a non-drafted free agent in May 2017 and would attend training camp with the team.

In 52 games at Virginia Tech from 2013-16, the Chicago native had 99 total tackles, nine sacks, three fumble recoveries and two forced fumbles. He recorded a career-best 56 tackles in 14 starts as a senior.

McLennan, 28, is back with the Lions after racking up 16 defensive tackles and two sacks while dressing in all 18 regular season games in 2018. The California native broke into the CFL in 2017 with Montreal where he registered 20 total tackles and a sack in 11 games.

He last suited up in 2019 with the Calgary Stampeders, recording a pair of defensive tackles in two contests.

McLennan played two seasons at El Camino Junior College in Torrance, California, recording 156 tackles, 4.5 sacks, two interceptions and one defensive touchdown before transferring to Washington State for his final two years of eligibility. With the Cougars, McLennan had 63 total tackles and 10.5 sacks over 25 total contests.