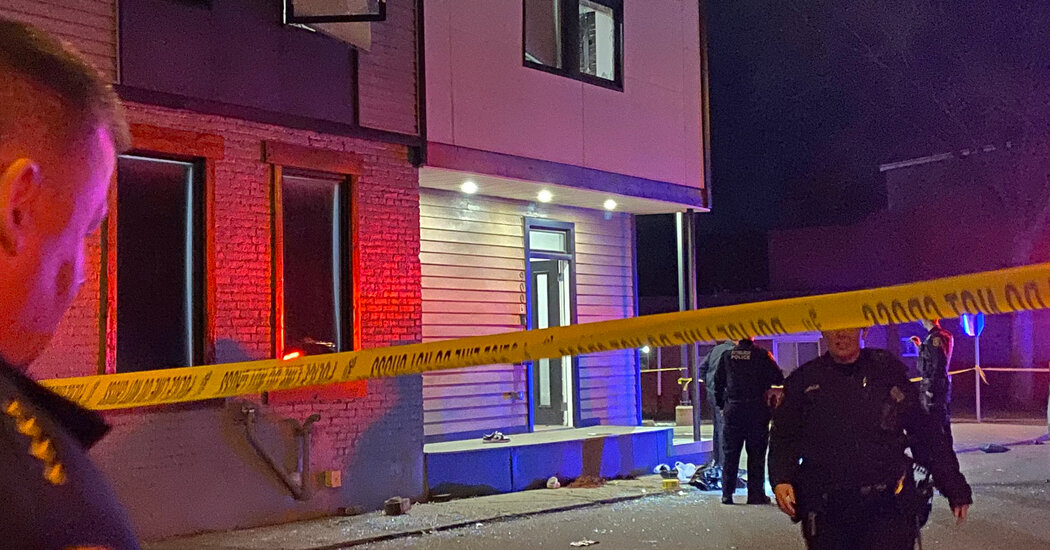 Two people were killed as shooting erupted early Sunday morning at a large party in Pittsburgh, the city’s Public Safety Department said. At least nine other people were wounded by gunfire.

The shooting took place around 12:30 a.m. at an Airbnb rental in the East Allegheny neighborhood, also known as Deutschtown, on Pittsburgh’s northern shore, the department said in a statement. About 200 people, many of them underage, were at the party, according to the statement.

“As many as 50 rounds were fired inside, prompting some partygoers to jump out the windows, sustaining injuries such as broken bones and lacerations,” the statement read. “Several more shots were fired outside the home.”

The victims who died were both underage males, the department said. Emergency personnel took some of the gunshot victims to local hospitals, with others arriving at hospitals independently.

Evidence was being processed at eight separate crime scenes, and detectives were interviewing witnesses and reviewing video footage, the department said. It also said that “several young people” had been seen fleeing the area.