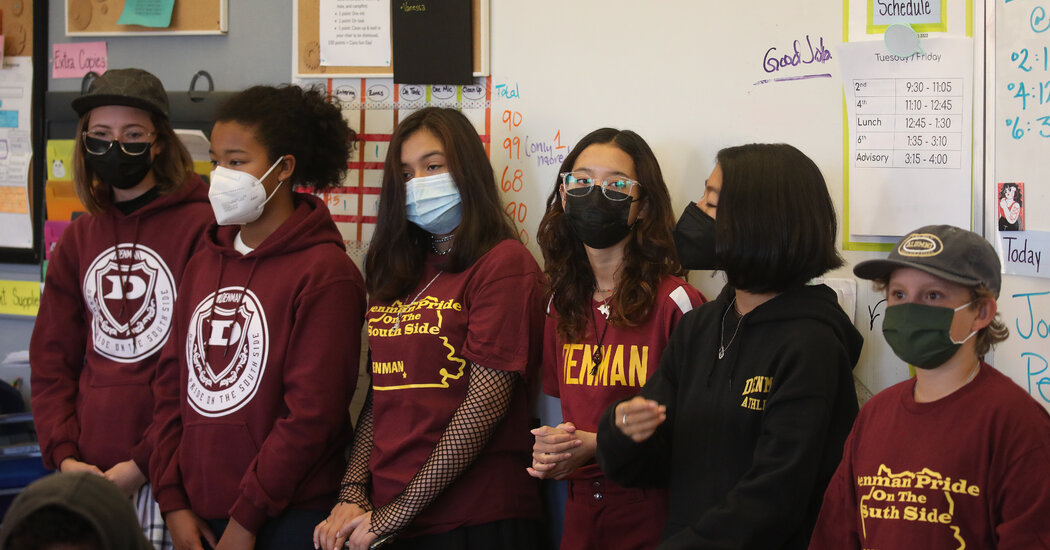 Several states are moving to eliminate mask mandates as the number of reported coronavirus cases dips to its lowest level since December, when the highly contagious Omicron variant touched off a wave of cases.

The Centers for Disease Control and Prevention continues to urge mask use as a means to reduce transmission of the coronavirus.

The push to let people remove their masks highlights the patchwork nature of health protocols, which have been applied inconsistently since the pandemic began in the United States in early 2020. (Find all state-level policies and guidance on masks here.)

Here is what is shifting at the state level:

The state will allow its universal indoor-mask mandate to expire on Feb. 15, officials announced. Masks will still be required indoors for people who are not vaccinated. Everyone in high-risk settings, including hospitals and schools, will still have to wear a mask.

A mask edict covering students and staff in the state’s schools will be lifted no later than Feb. 28, Gov. Ned Lamont said.

The state’s mask rule for businesses and workplaces will expire on Feb. 11, but the one for schools will remain until March 31, Gov. John Carney said.

A statewide indoor mask requirement in Illinois will be lifted on Feb. 28, Gov. J.B. Pritzker said.

Oregon is set to end its mask decree for indoor public spaces no later than March 31, Gov. Kate Brown announced.

A mask requirement for K-12 students ended on Jan. 17.

Gov. Glenn Youngkin issued an executive order on Jan. 15 that said parents could decide for themselves whether to follow school mask rules. The order aimed to end a mandate imposed by Mr. Youngkin’s predecessor, Ralph Northam. A judge in Virginia handed down a temporary ruling that seven school districts could continue to enforce mask-wearing.