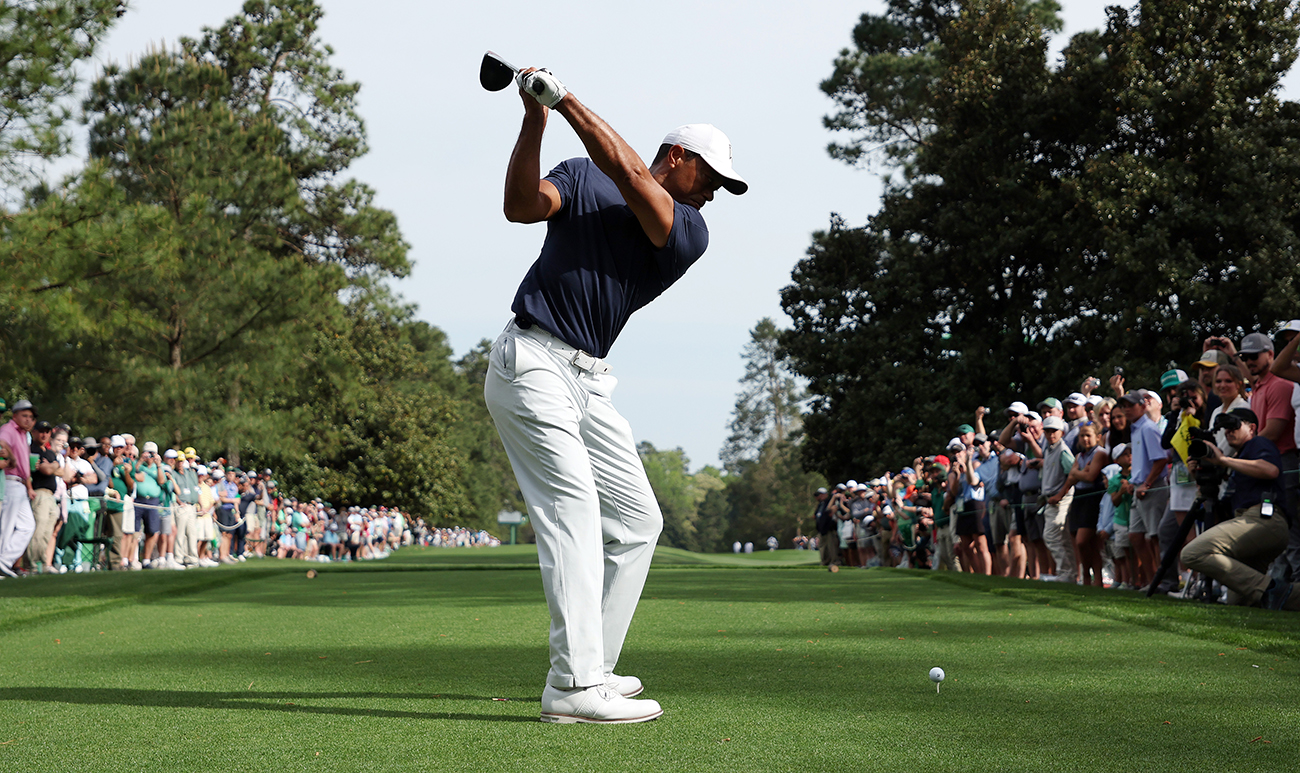 Tiger Woods is wearing Nike apparel this week, as always.

Such is the power of Woods: Not only is his mere presence at Augusta National this week a huge story—whether he decides to play in the Masters—but he’s also created a huge side story by showing up for practice rounds Sunday and Monday wearing FootJoy shoes.

Woods hasn’t explained the change yet; he’s scheduled to address reporters Tuesday. It would make sense if the change was related to what are likely different physical needs now that he’s trying to play on a right leg that was badly damaged in a car crash last year.

A statement released by Nike seemed to indicate that was the case: “Like golf fans around the world, we are delighted to see Tiger back on the course. He is an incredible athlete, and it is phenomenal to see him returning to the game at this level. His story continues to transcend sport and inspire us all. As he continues his return, we will work with him to meet his new needs.”

Everything else about Woods’ on-course ensembles has been as expected: His cap still bears the distinctive “TW” logo that has been his personal Nike branding for years, his short-sleeve shirts had the iconic Nike swoosh on the left side of the chest. Technically, Nike was on his feet, too—when counting the socks.

Woods wore Nike shoes when the world most recently saw him play, back in December at the PNC Challenge, a 36-hole scramble on a flat Florida course where he and his son Charlie finished second to John Daly and his son. Woods was allowed to use a cart in that event. The demands of playing the Masters simply wouldn’t even compare, with the steep slopes and length of Augusta National serving as one of the tougher walks in golf.

Woods has been an endorser of Nike since 1996.