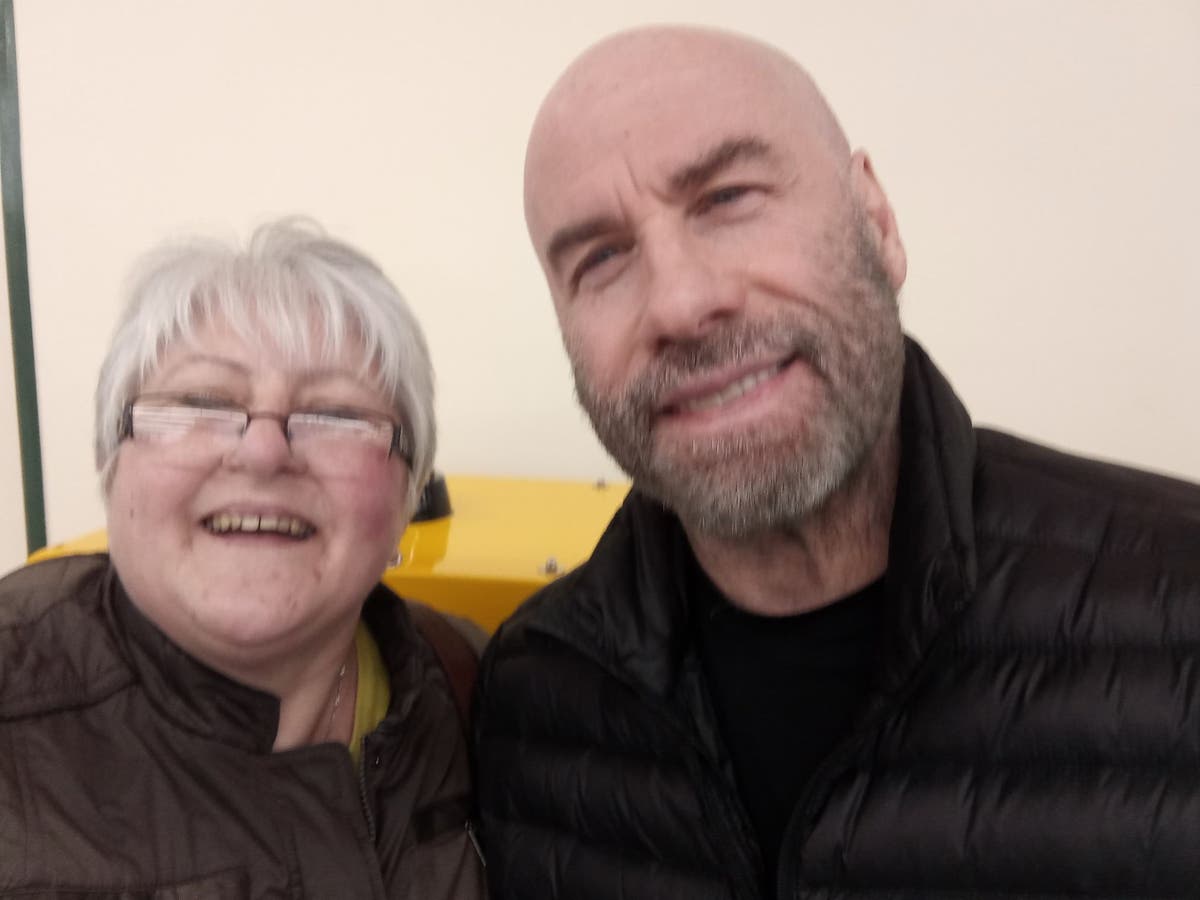 Shoppers at a Morrisons store in Norfolk were stunned by the sight of Hollywood star John Travolta “mooching around the digestive biscuits”.

The 68-year-old, best known for his role as leader of the T-Birds Danny Zuko in the 1978 film Grease, was pictured with fans at the store and in the nearby Wetherspoon pub in Dereham.

Sam Frary and her husband Kevin “were just going about (their) normal shop” at the Morrisons in Fakenham when she turned to see Travolta, who is believed to be filming a short movie in West Raynham, Norfolk.

“I looked and said: ‘That’s … John Travolta!’ but he didn’t believe me,” Ms Frary, a customer service adviser from Sculthorpe, told the PA news agency.

“He was just mooching around the digestive biscuits and most shoppers didn’t have a clue who they were standing next to.

“He was so approachable and friendly so, when he came and stood next to me at the end of the checkout, I couldn’t miss the opportunity to talk to him.”

Ms Frary said she apologised to Travolta for interrupting his day in “good old Fakenham” and asked for a photo with the film star.

“He was more than happy to, even when I got in quite close,” the 51-year-old said.

“He was just like a normal bloke, doing the mundane stuff we all have to do.

“To say I was thrilled is an understatement… Never in a million years did I think that I’d be sharing the biscuit aisle with an A-list Hollywood star.”

Ms Frary also admitted she was a huge fan of Travolta’s prior to their brief conversation.

“I grew up watching Grease and would you believe – it was on the TV when we got home,” she added.

“His eyes will stay with me forever… just so kind.”