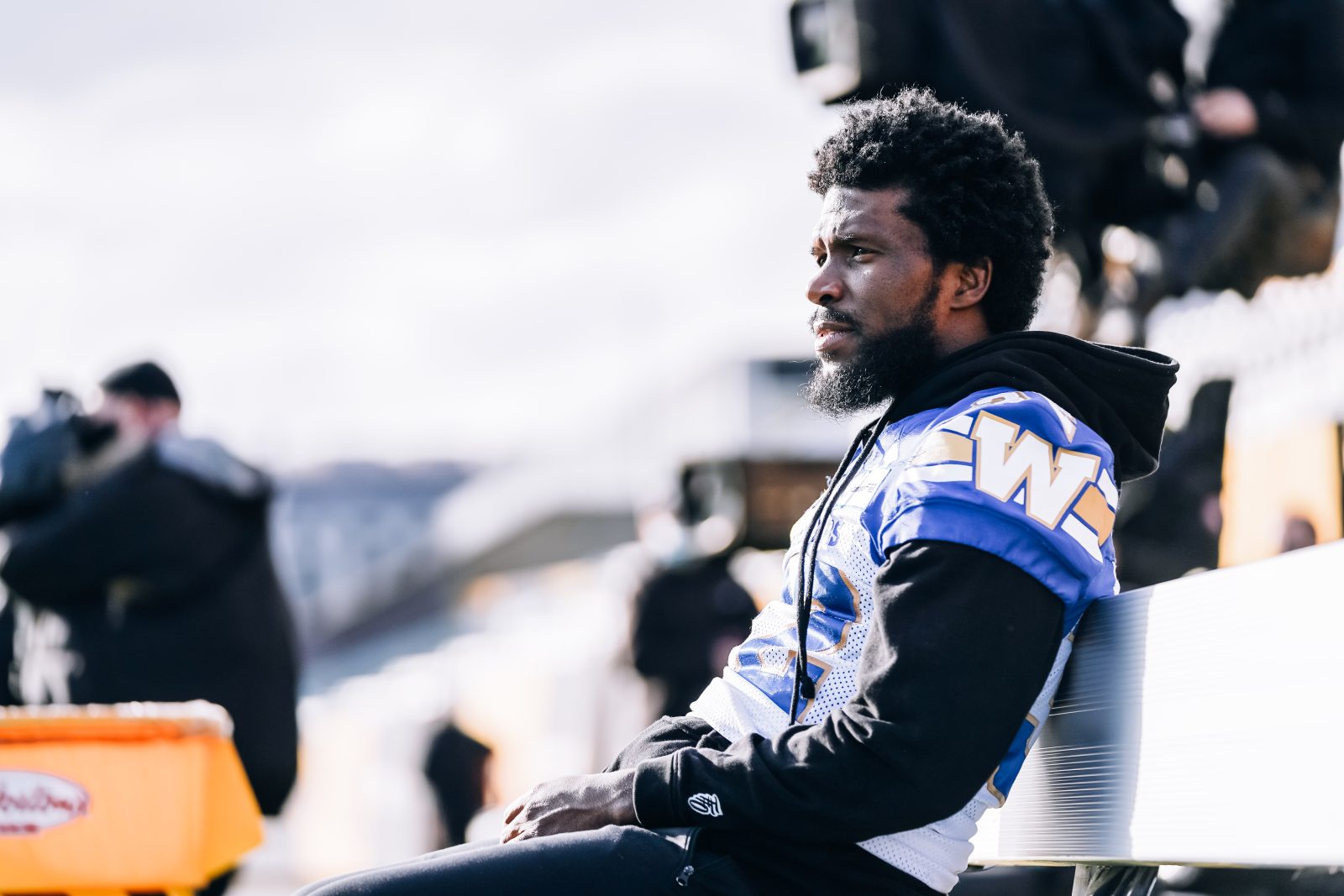 It’s the many stops along his football journey that have helped give Deatrick Nichols a hard-earned perspective. He’s been cut before. He’s been in limbo before, too, wondering where his next address might be. And so given all that, the 27-year-old Florida product can certainly recognize and appreciate a good situation – like the one he has now in Winnipeg and the Blue Bombers.

“It’s the guys, the coaches… everything,” Nichols told bluebombers.com on Monday after his one-year contract extension through the 2023 season was announced. “It was a no brainer to sign, for real.”

A solid starter during his days at the University of South Florida, Nichols got his first opportunity in pro ball as an undrafted free agent with the Arizona Cardinals in 2018. He cracked the Cardinals lineup, even as a long-shot undrafted prospect, and suited up for two games that year before being released at the conclusion of training camp in 2019.

His next opportunity came in 2020 with the Houston Roughnecks of the XFL and Nichols was leading the fledgling circuit in interceptions when the plug was pulled on the whole league due to the pandemic. That brought him next to the New Orleans Saints, then the Miami Dolphins that summer, but with the doors to both opportunities ultimately slamming shut.

Another door then opened in Winnipeg, and Nichols didn’t just gently wedge his foot into his next chance, he dropped kick the thing right off its hinges.

“I always knew about the CFL and everything and when the chance came, I was ready to do something different. I’m not scared to take risks and try something different. As long as it makes sense to me, I’m fine with it and playing football in Canada sounded good to me, so I signed myself up for it.

“You can always learn and always work on doing things better. I’m always asking the coaches how I’m doing and they’re always giving me information and that was big for me all season. Sometimes you just have to trust the process and keep going with it.”

Starting at the difficult defensive halfback spot, Nichols was named to the Canadian Football League All-Star team in 2021 after registering 43 defensive tackles while adding three interceptions, a sack, a fumble recovery while also being among the league leaders with seven pass knockdowns.

He topped that up with two absolutely massive plays in the Blue Bombers’ Grey Cup win, first deflecting a potential game-winning pass at the goal-line with six seconds left in regulation and then – in a play that is already part of franchise folklore – batting another pass in overtime that was then scooped up by Winston Rose into the arms of Kyrie Wilson for a game-ending/championship delivering interception.

Nichols’ success meant he was getting some nibbles from the National Football League this offseason. But unlike DeAundre Alford, who landed a gig with the Atlanta Falcons, nothing materialized for him in terms of an offer. Again, though, his ability to recognize a good thing had him appreciating the chance to sign an extension with Winnipeg.

“The team, the coaches… it’s a great organization from the ground up. There’s nothing wrong with the Winnipeg Blue Bombers and how they run things. I enjoyed every moment of it last year. And after everything, it’s like the CFL can be home for me now.”