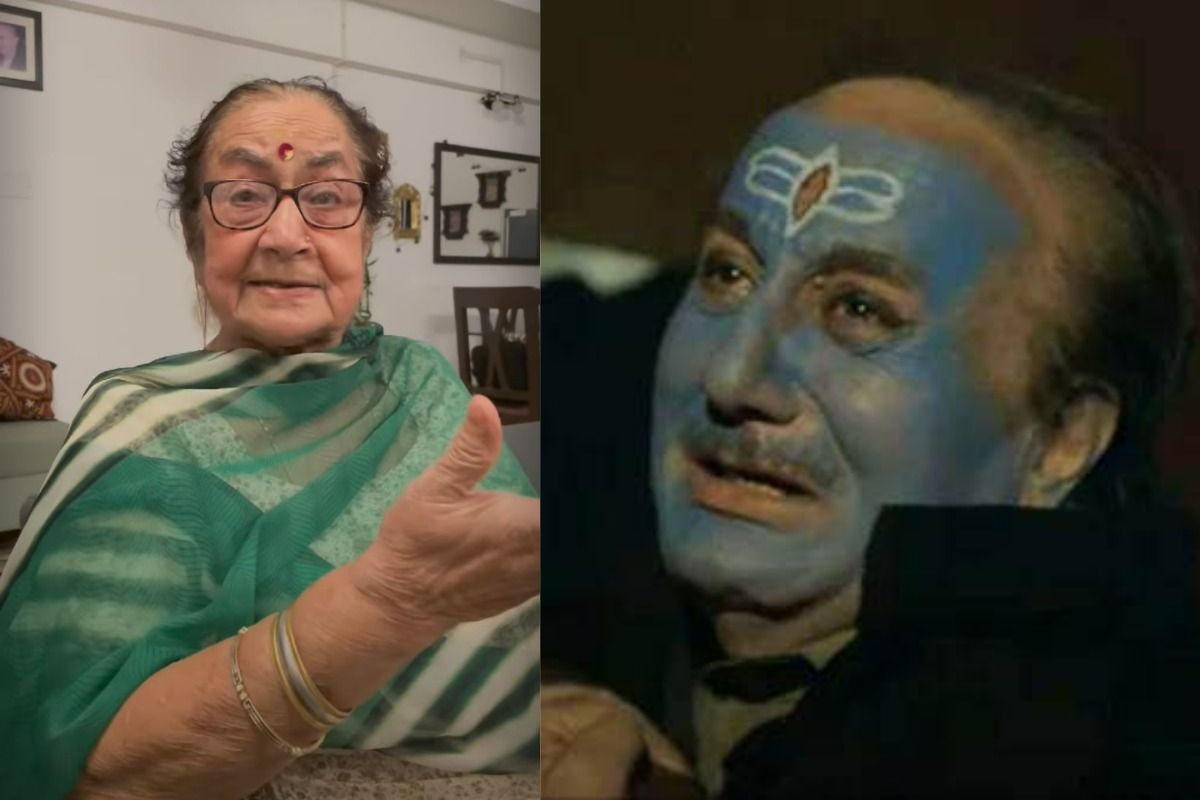 Mumbai: Actor Anupam Kher‘s starrer ‘The Kashmir Files‘ is creating history at the box office with a tremendous collection. The film crossed Rs 100 crore in the first week and continues the historical march. The Vivek Agnihotri-directed film that also stars Mithun Chakraborty, Darshan Kumaar, and Pallavi Joshi has been on a roll ever since its release on March 11. Soon after its new benchmark, Anupam Kher shared a candid conversation with his mother about the film.Also Read – The Kashmir Files Box Office Collection Day 9: Vivek Agnihotri’s Film Continues Its Historic Run, Inches Closer To Rs 175 Crore

Sharing the video on his Instagram account, Anupam Kher captioned the video, “Verified
I wanted to be a little light hearted while telling Mom about the box office success of #TheKashmirFiles!! But she was in no such mood. She is focused, fearless, hurt, disillusioned and furious! She speaks about the ordeal of the #KashmiriHindus genocide. About women, children suffering and about her younger brother #MotiLalKak. And she takes on the politicians! Dulari is deeply hurt! #DulariRocks #KashmiriPandits #Genocide (sic).” Also Read – The Kashmir Files: IAS Niyaz Khan Says Filmmakers Should Also Highlight Killings of Muslims

Anupam Kher had an open talk with his mother about his film’s unexpected popularity. “The picture has been well-made. People would not have watched it if there was anything wrong with it. This picture will be judged on its own merits. Whatever is depicted happened to many of us. In 1990, my younger brother was forced to flee the valley in the middle of the night and perished as a result of his ordeal.” Also Read – Bachchhan Pandey Box Office Collection Day 1: Akshay Kumar-Kriti Sanon Starrer Surprises With Rs 13.25 Crore

The film, which was launched on a modest number of screens in India, picked up steam due to positive word of mouth, and the number of screens were eventually increased owing to the increasing demand. In the states of Uttar Pradesh, Goa, Madhya Pradesh, Karnataka, Haryana, Gujarat, Tripura, Uttarakhand, and others, the film has been declared tax-free.

Watch this space for further updates!