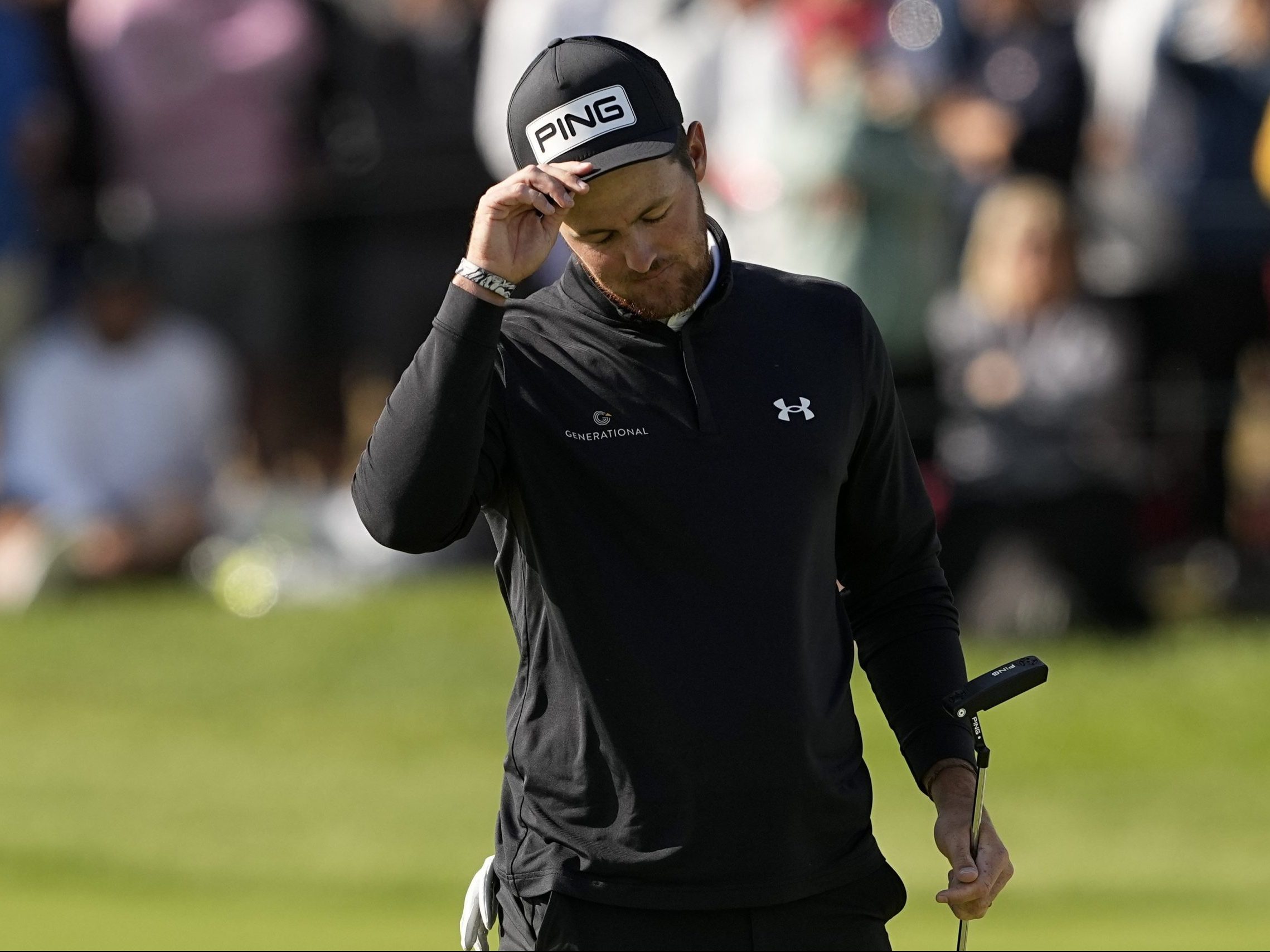 What I want in a major championship: equal parts calamity and excellence with a nail-biting finish. It was hard to watch Mito Pereira’s undoing Sunday at the PGA Championship at Southern Hills, but in the end that was a highly entertaining final nine holes and playoff ×× Let’s get this straight: Jim ‘Bones’ Mackay was on the bag of a PGA Championship winner Sunday in part because the leader through 71 holes made a bad club selection on the 72nd hole, going with driver instead of 3-wood, while Mackay’s former player, the 51-year-old defending champion, who once famously threw away a major championship hitting driver on the 72nd hole, was missing in action because of inappropriate comments that cost him sponsors, something his current player has also done? Got it ×× After finishing Alan Shipnuck’s book on Phil Mickelson, I’m happy Mackay got to help guide another player to a major victory ×× Justin Thomas now has 15 PGA Tour wins, including two major championships and a Players Championship in seven-plus seasons on the PGA Tour. A phenomenal career and yet as good as he hits the ball it somehow feels like he’s underachieved. Or maybe that’s just me ×× Three-hole aggregate golf playoffs are the best golf playoffs. Every major championship should follow the format ×× Thomas or Rory McIlroy: Who ultimately winds up with more majors?

Don’t need to see Tiger Woods limping around The Country Club in Brookline during what is sure to be a punishing U.S. Open in a month’s time. Do want to see him playing pain free at the Open Championship at St Andrews in July ×× What Woods did better than every other player of his generation (well, one of the many things he did better) was understand that a golf tournament is 72 holes. A marathon, not a spring, that allows bad stretches or mediocre rounds. Thomas winning the PGA after a third-round 74 dropped him way down the leaderboard showed a lot of moxie, something he probably learned from his mentor ×× Would have been something if Matthew Fitzpatrick won the PGA Championship. He’d have been the first to do so while wearing braces and Skechers golf shoes and chipping cross-handed ×× Another which-one question: Who wins a PGA Tour tournament first: Pereira, Will Zalatoris, Cameron Young, Fitzpatrick or Tommy Fleetwood? Amazingly, all those guys had a chance to make the PGA their first on Sunday. I’ll take Zalatoris, who performed well in that PGA playoff and simply got beat ×× Here’s hoping Toronto gets better weather in three weeks’ time during the RBC Canadian Open than it did this weekend. Yeesh.

Pereira, in his first full year playing the PGA Tour after three Korn Ferry Tour victories in 2020-21, meticulously drove the ball down the field at Southern Hills on Sunday only to take a personal foul penalty at the 20-yard line and miss the winning field goal as a result. One mental miscue — hitting the wrong club off the tee on the 72nd hole — likely cost him major glory. Just as it did Jean van de Velde at the 1999 Open Championship at Carnoustie and just as it did Phil Mickelson at the 2005 U.S. Open at Winged Foot. (Those players then doubled down on their mistakes, following a poor decision with a poorer one.) It is the human element that makes golf, especially major golf, great, unpredictable and entertaining. Past PGA Tour winner Richard Zokol, who developed a training app called MindTRAK that teaches golfers the importance of shot assessment along with shot execution, described the inexperienced Pereira as being in an “altered state of consciousness” standing on the 18th tee. “He still needed to make an excellent execution,” Zokol wrote, “but in that situation 3-wood has more margin for error.” Several groups in front of Pereira, Thomas arrived on the 18th tee and opted for driver over 3-wood after a lengthy discussion with Mackay. But Thomas was trailing at the time and Pereira was leading. Different situations that required different thinking and different choices. But again, that’s the human element of golf. As much technology as there is in this era — and sadly, there are companies developing smartphone caddies using Artificial Intelligence for recreational golfers to rely on — decision-making is at the game’s core. Not the reactionary decision-making we see in fast-paced sports like hockey, basketball and tennis, but decision-making during the idle time that is inherently a part of the game and often conspires against one making the right one. It’s a fascinating factor that separates golf from most other sports.