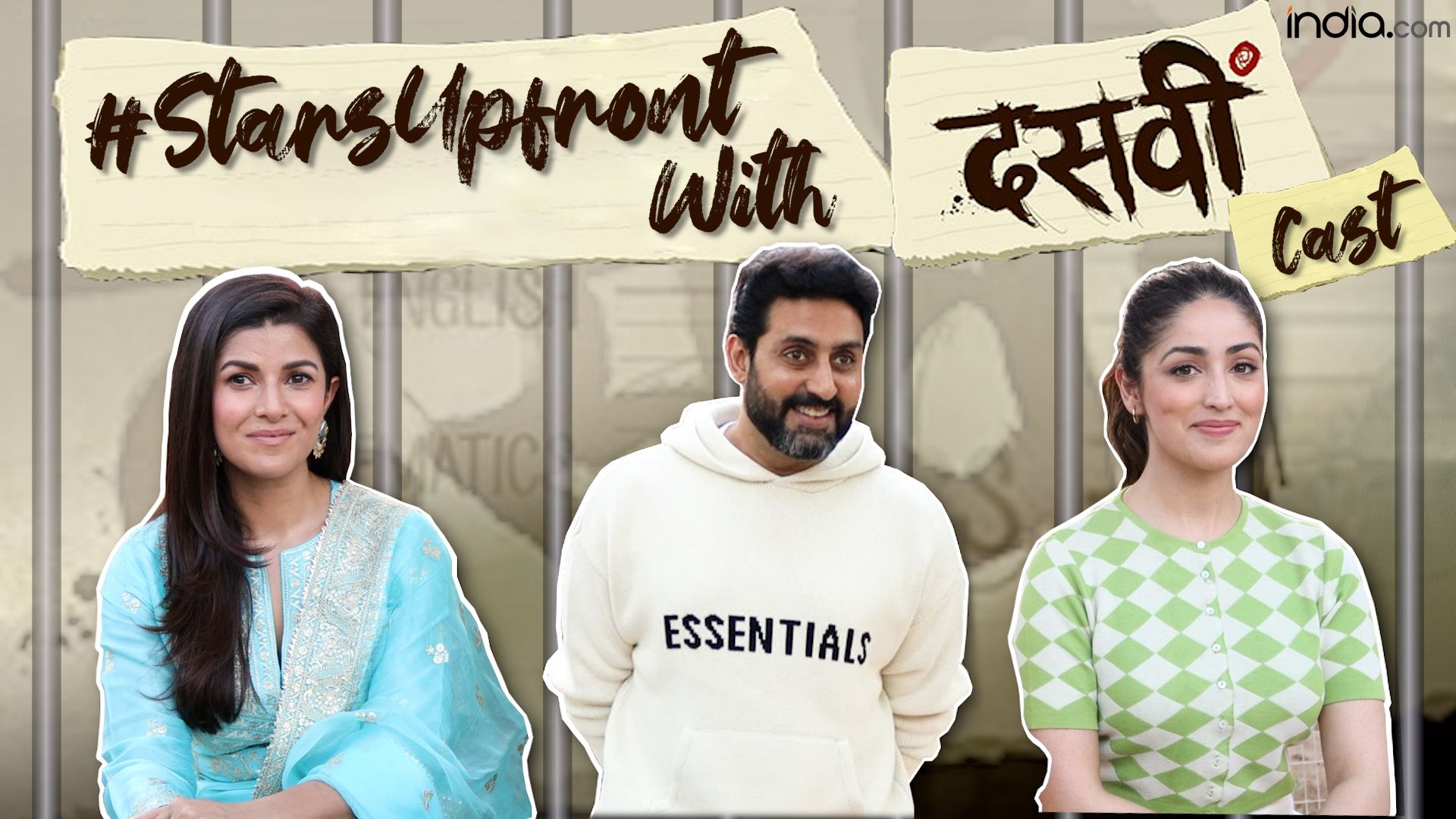 Dasvi: Actor Abhishek Bachchan has shot his next film, Dasvi, at the Agra Central Jail. The actor plays the role of a Chief Minister who gets imprisoned while his wife (played by Nimrat Kaur) takes over the CM seat for sometime. In an exclusive interview with india.com and ZEE media, Abhishek took us through the lanes of the Agra Central Jail where he had shot the film amid the prisoners amid the pandemic. Right from the fields and the medical facility area to the cricket pitch, the actor lets us explore the space where he shot Dasvi with all his heart and soul.Also Read – Kunal Kemmu Speaks on Abhay 3, Go Goa Gone 2 And Golmaal 5| Exclusive

Abhishek Bachchan, Yami Gautam and Nimrat Kaur take us inside the Agra Central Jail as they talk about shooting Dasvi, their Netflix film, at the Agra Central Jail amid the real prisoners. Abhishek shows off the graffiti created by the prisoners, and also walks us through how difficult or easy it was to be shooting the film inside the cell. Abhishek plays the role of CM Gangaram Choudhary, a Chief Minister who gets imprisoned in a case while Yami plays the role of a tough jailor and Nimrat, his desi wife. Watch this fun interview to know the challenges of making a film inside the jail. At one point, the actor explains how he could have also shot the film on a set that is made to look like a jail, but the makers took those efforts so that the audience can connect better. Watch the full interview here: Also Read – Divya Agarwal on Fans Speculating Reasons For Breakup With Varun Sood: ‘I Just Want…’ | Exclusive