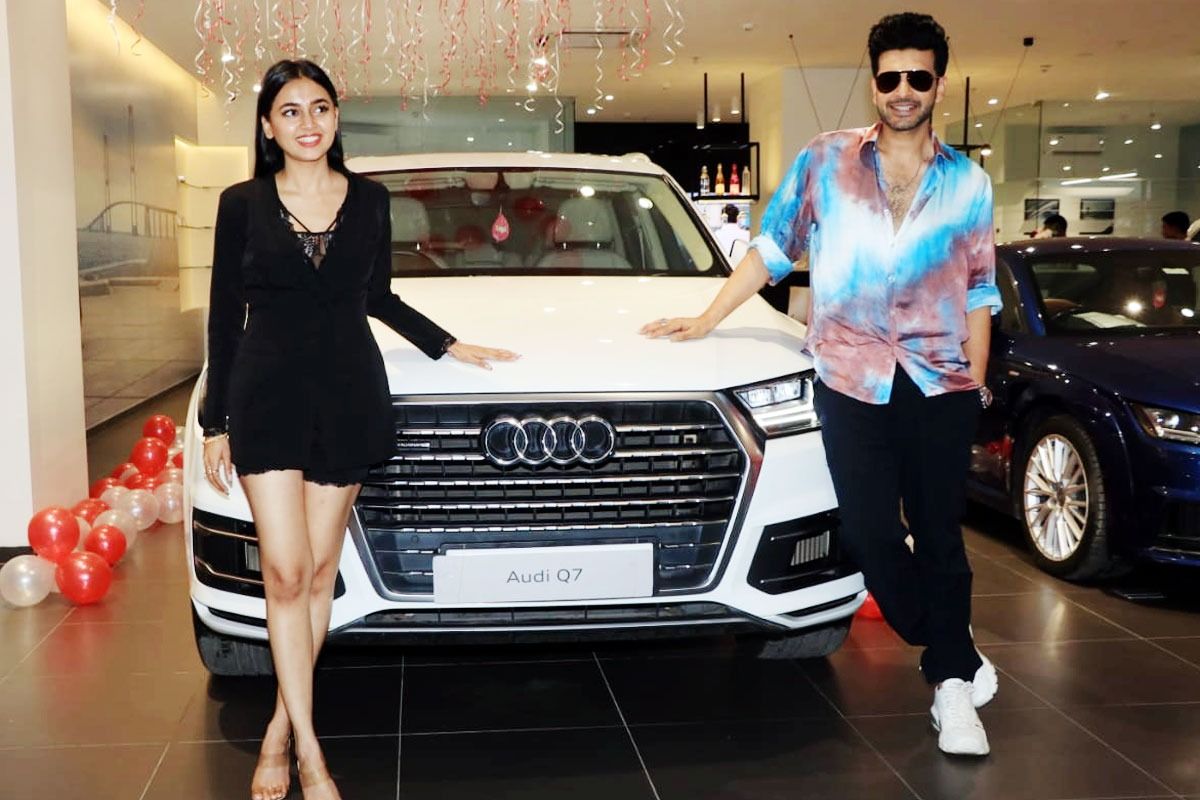 Tejasswi Prakash buys new car with Karan Kundrra: Actor Tejasswi Prakash was recently spotted at a car showroom as she bought a new car for herself. The Naagin 6 actor was accompanied by her boyfriend actor Karan Kundrra who was seen clicking pictures of the new Audi Q 7. The Bigg Boss 15 winner was seen performing traditional rituals as she applied a Tilak (turmeric symbolic of God’s blessing) on the new car followed by Aarti (religious practice for good fortune and prosperity). The actor’s boyfriend and former Bigg Boss runner posed alongside the new car and the couple also took selfies. Karan made sure to capture all the candid moments in his smartphone while Tejasswi smiled in front of the swanky four wheeler.Also Read – Naagin 6: Rashami Desai thanks Ekta Kapoor On Insta Post, Bids Adieu To Fans

Also Read – Guess Who Makes Her Comeback in Lock Upp After a Verbal Spat With Host Kangana Ranaut?

Tejasswi broke a coconut in front of the new car as mark of the auspicious occasion. The happy couple posed in front of the Audi Q7 and could also be seen taking selfies. In March 2022, Sanjay Kapoor’s daughter Shanaya Kapoor had also bought the same car after announcing her debut with Dharma Productions’ ‘Bedhadak.’

Check out this video:

Television actors Tejasswi Prakash and Karan Kundrra met each other on the sets of reality TV show Bigg Boss 15. Since then the duo has been in the news as they started dating and netizens nicknamed the power couple as ‘TejRan.’ While Tejasswi won the 15th season of Bigg Boss hosted by actor Salman Khan, Karan Kundra missed the trophy as he ended up being the second runner-up. Karan, who was recently seen as a jailor in Kangana Ranaut’s reality show ‘Lock-Up’ had earlier appeared in MTV Roadies 12.  Tejasswi who plays the main protagonist in Naagin 6 had also participated in Fear Factor: Khatron Ke Khiladi 10 in 2020.

For more updates on #TejRan watch this space!