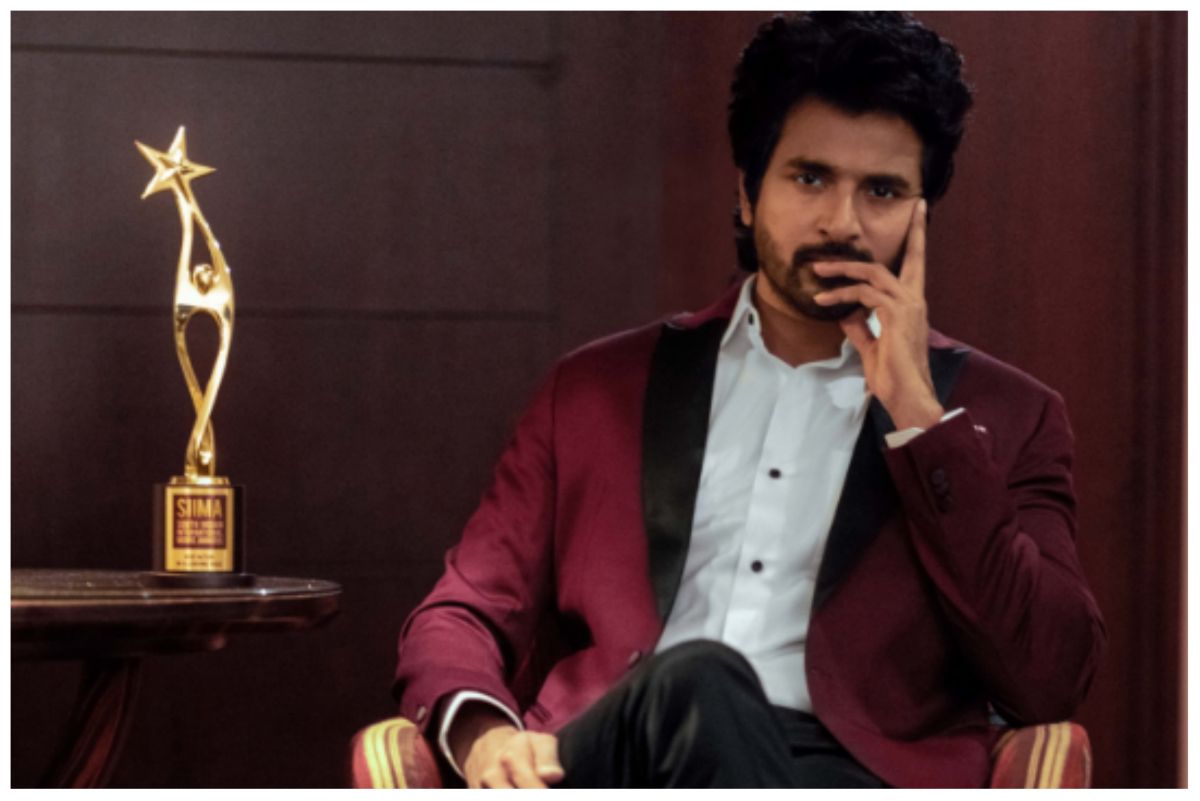 Tamil Actor Sivakarthikeyan Makes Racist Remark: Sivakarthikeyan came under the radar of angry netizens over his controversial racist remark while addressing school children at an event. In his video, the actor mocked Korean language and also made racist remarks on the appearance of Koreans. This didn’t go down well with netizens who slammed the Tamil actor for his insensitive comments. Many users also wrote that Sivakarthikeyan needs to attend sensitization workshops. The Tamil star is famous for his speeches, especially when it comes to mimicking other actors from the film industry. However, Sivakarthikeyan’s school speech is being bashed for encouraging racism in the presence of students.Also Read – The Story Will Move, Uplift And Inspire The Audience: Kamal Haasan Collaborates With Sivakarthikeyan For An Untitled Film

SIVAKARTHIKEYAN GETS SCHOOLED BY NETIZENS

A netizen tweeted the video clip from the actor’s speech among school children and captioned, “Sivakarthikeyan mocks Korean language (based on that racist “comedy” sequence from Don), says all koreans look alike, and their women look like men. All these in an event at a school, in front of kids! Our celebrities badly need to attend special sensitisation workshops!” Another user quote tweeted and wrote, “You must feel thoroughly ashamed of yourself for this disgusting speech and issue a public apology for 2 reasons. It is #Racist behavior You are spoiling impressionable children. PS: Why do Edu institutions invite actors when we have many achievers in academia?”  Also Read – 5 Reasons How Koreans Are Always Healthy and Fit

. @Siva_Kartikeyan
You must feel thoroughly ashamed of yourself for this disgusting speech and issue a public apology for 2 reasons.
It is #Racist behavior
You are spoiling impressionable children.
PS: Why do Edu institutions invite actors when we have many achievers in academia? https://t.co/X2yTqA1sGi

What is this racist nonsense @Siva_Kartikeyan? All Koreans look the same”? Mocking the language, mocking gender identities. Kollywood seems to adore passing of ignorance and all forms of bigotry as comedy.

Punching down, is. never. funny. https://t.co/drUXzCN5Dy

This is what I have been calling out for, this man is really toxic in all his films and what he represents(stalking, backwards ideologies, racism, body shaming jokes). Pulling Tamil cinema 100 years back. I will never change my opinion about this guy, his films are trash. https://t.co/gtM3lj2CwZ

How are people even defending this 😭 https://t.co/P6Z6b4b8KO

Why on earth are those kids laughing? May be on seeing that clown’s face https://t.co/QVIQyqlrCy

Sivakarthikeyan will next be seen in Tamil-Telugu bilingual film Prince and the Tamil science-fiction thriller Ayalaan.

For more updates on Sivakarthikeyan racist remarks, check out this space at India.com.