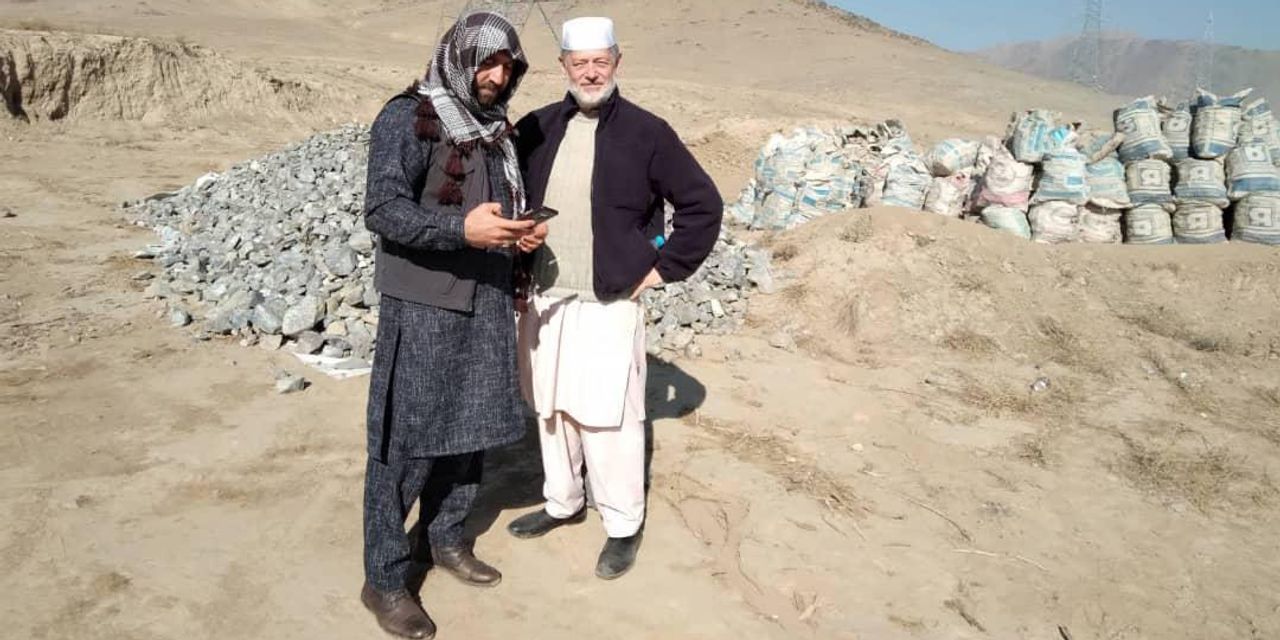 Taliban authorities have detained at least nine foreigners in Kabul, including one American and several British citizens, according to relatives and other people familiar with their situation, inflaming tensions with the West when Afghanistan desperately needs international aid.

Two of those detained, both journalists, were released late Friday after spending more than four days in custody. They are a British freelance reporter, Andrew North, and an Irish photographer. They were in Kabul on assignment for the United Nations refugee agency, UNHCR, and were detained with an Afghan journalist and an Afghan driver with whom they were working. All four were released.

“We are relieved that we can confirm the release in Kabul of the two journalists on assignment with UNHCR, and the Afghan nationals working with them,” said the U.N. agency, which led efforts to free them.

The Taliban said the two Western journalists “pretended to be related to an international organization” and that they were detained because they didn’t have the right paperwork. They said the journalists were released after their identities were verified.

Seven other Westerners have been detained in Kabul since December. One of them is American, and the remaining six are British citizens, including one U.S. permanent resident. They were taken into custody separately and face unspecified accusations.

Most of them had worked in the security sector, according to people with knowledge of their activities in Afghanistan. Before their arrests, most were working openly in Afghanistan, with frequent official contact with the Taliban leadership, these people said. Some were helping facilitate the evacuation of at-risk Afghans from the country.

These are the first known cases of Westerners detained at length in Afghanistan since the Taliban takeover in August.

Mark Jacobson, who served as deputy NATO representative in Afghanistan, said the detentions were concerning.

“I don’t know whether we are seeing some organized collective crackdown or whether you just have some individual situations, but it’s certainly concerning any time individuals with valid foreign credentials are detained, whether it’s a government that recognizes international convention or the Taliban,” he said.

The detention of Westerners in Afghanistan complicates efforts by the Taliban to seek international recognition for their government and to secure desperately needed humanitarian aid.

“It’s completely unacceptable for the Taliban to hold hostage human beings, and completely antithetical to their purported aspiration to be viewed as a legitimate actor on the world stage,” said Emily Horne, a spokeswoman for the White House National Security Council. “Through direct and indirect communications with the Taliban, we have urged the release of any and all individuals who are unjustly being held by the Taliban and their proxies.”

Talks have mostly focused on pressing the Taliban on human-rights issues, particularly their repressive policies toward women, and on ways to address the country’s economic emergency. Crippled by U.S. sanctions, asset freezes and a sharp drop in foreign aid, Afghanistan’s economy has been in free fall since the Taliban takeover.

The U.K. Foreign Office is providing support to the families of the British citizens who are being detained, and have raised their cases directly with the Taliban.

The U.K.’s top diplomat for Afghanistan, Hugo Shorter, pressed for the release of the detained British citizens in his meeting with Taliban Foreign Minister

in Kabul on Thursday.

“We are providing support to the families of a number of British men who have been detained in Afghanistan. U.K. officials have raised their detention with the Taliban at every opportunity, including when a delegation traveled to Kabul yesterday,” a Foreign Office spokesperson said on Friday.

The British government made it clear that it wouldn’t engage with the Taliban on matters other than the humanitarian emergency until those detained in December are released, according to a person familiar with the matter.

Among those detained in December is Peter Jouvenal, a former journalist and businessman who had arrived in Kabul weeks earlier to discuss possible investments in the mining industry.

His friends said they didn’t know why he was detained. “He is being held without charge, and with no freedom to contact his family or lawyers,” they said in a statement. “We urgently request that the Afghan authorities release Peter. He suffers from high blood pressure and needs medication.”

A dual British-German national who converted to Islam and is married to an Afghan woman, Mr. Jouvenal has been traveling and working in Afghanistan for four decades, including during the first Taliban regime. For years, during the republic, Mr. Jouvenal ran a guesthouse and restaurant in Kabul called the Gandamack Lodge, a popular meeting place for journalists and humanitarian workers.

“I think the Taliban are still trying to establish their authority. They were uncomfortable with foreigners running around who were not under their control,” said David Loyn, a former BBC journalist and Afghan expert, and a close friend of Mr. Jouvenal. “Peter wanted to invest in the country. If the Taliban are putting foreign investors in jail, there is no chance of the economy reviving.”