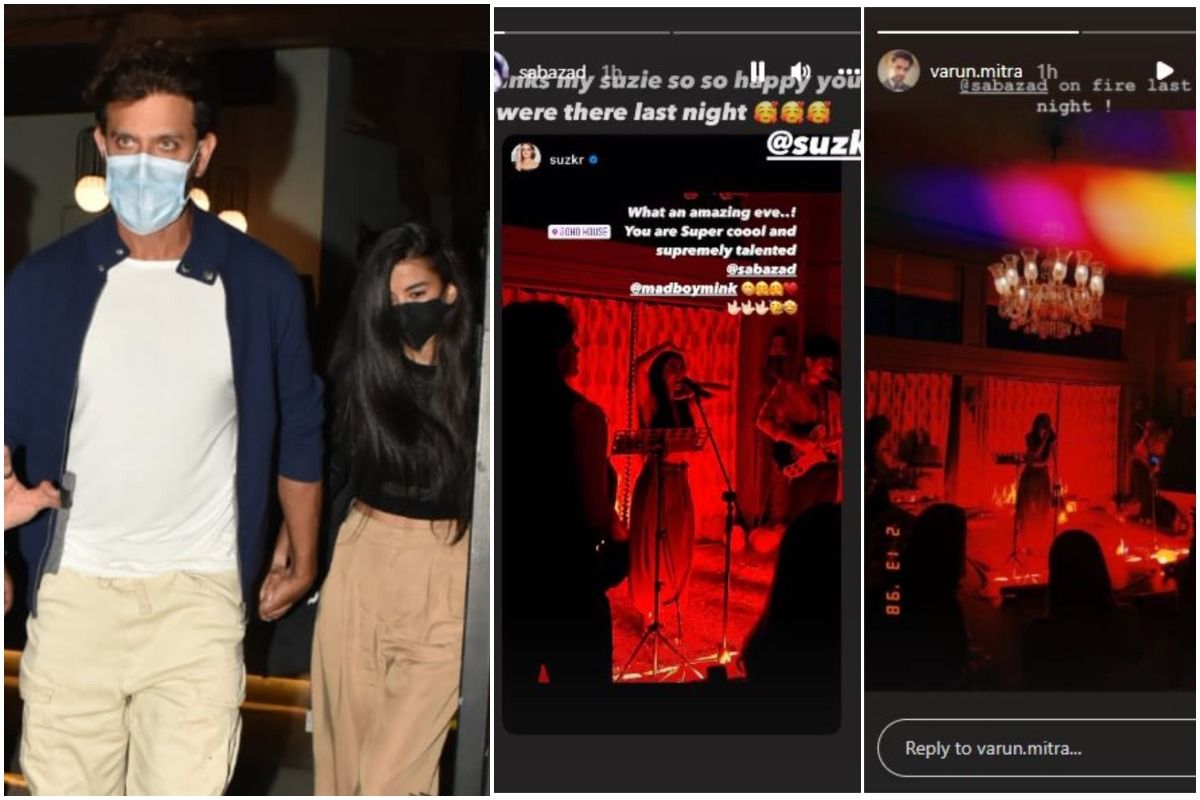 Saba and Hrithik were recently spotted at a popular restaurant in the city after which the rumour mills got abuzz with the news of the actor falling in love once again. While none of them have spoken in the media or expressed anything about their relationship on social media, the insiders suggest there’s definitely something brewing between the two. Also Read – Hrithik Roshan Drops a Cute Comment on Ex-Wife Sussanne Khan’s Workout Video

Meanwhile, taking to Instagram, Sussanne wrote, “What an amazing eve..! You are super cool and supremely talented @sabazad @madboymink (sic),” while Saba thanked her saying, “Thanks my Suzie, so so happy you were there last night (sic).” The event where Saba performed also had Pashmina Roshan, Hrithik’s cousin, in attendance. Also Read – Hrithik Roshan And Saba Azad Spotted Hand-in-Hand Yet Again, See Pics From Their Dinner Date

Saba is an actor and a musician. She was recently seen in Sony LIV web-series Rocket Boys. Hrithik, on the work front, is busy with the shooting of his movie Vikram Vedha in which he’s playing the role of ‘Vedha’ alongside Saif Ali Khan’s ‘Vikram.’ The actor has also got Siddharth Anand’s Fighter alongside Deepika Padukone in his pipeline next. What are your thoughts on Hrithik dating Saba?