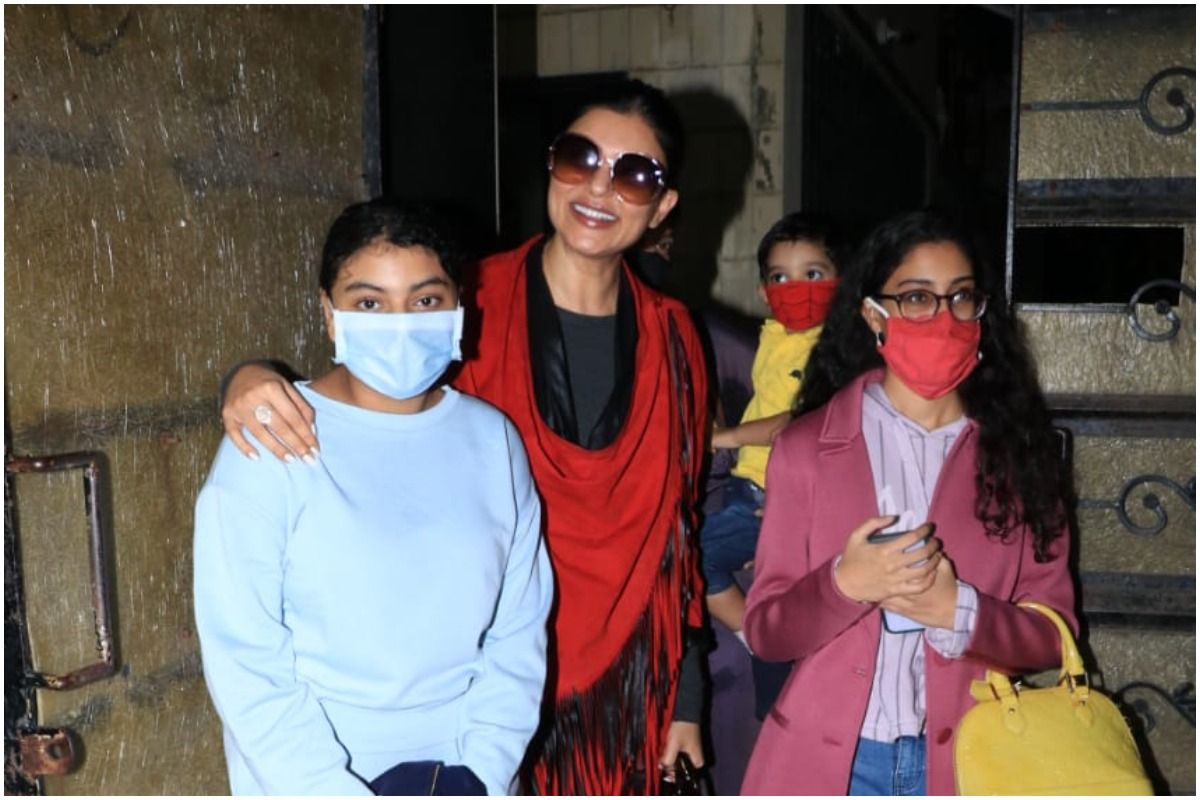 Sushmita Sen has adopted a third baby – a boy this time after two daughters Alisah and Renee. On Wednesday evening, Sushmita came outside her house with her family to introduce her little boy to the paparazzi. They were all smiles as the photographer clicked their pictures. Sushmita was wearing a black t-shirt with a red scarf over it and black pants. While the new family member was all shying away from camera in yellow t-shirt with his mask up.Also Read – Sushmita Sen Just Said ‘Love Has no Meaning Without Respect’ And That Hit Differently!

Take a look at the pictures of Sushmita Sen’s son:

Seeing the new addition to Sushmita Sen’s family, fans are all praises for the actress. While netizens are congratulating Sushmita for her third child, one Instagram user wrote, “Pure soul …. Great mother,” and another one wrote, “Only she can do this, much love, these children are blessed.” Also Read – Rohman Shawl Reacts to Sushmita Sen’s Breakup Post And Fans’ Messages- Check Here

Sushmita Sen adopted Renee when she was 24. Since then, she has been raising her as a single mother. The actor adopted her second daughter, Alisah, in 2010. Renee, who is 21 now, is an actress and made her acting debut in 2020 with a short film, Suttabaazi.

Sushmita Sen was the first Indian to win the Miss Universe title in 1994. She was just 18 at that time. Sushmita went on to become Bollywood actor and has starred in films such as Biwi No 1, Main Hoon Na, Filhaal and Sir Tum. Recently, she was seen in Aarya 2 and was appreciated for the right kind of roles.