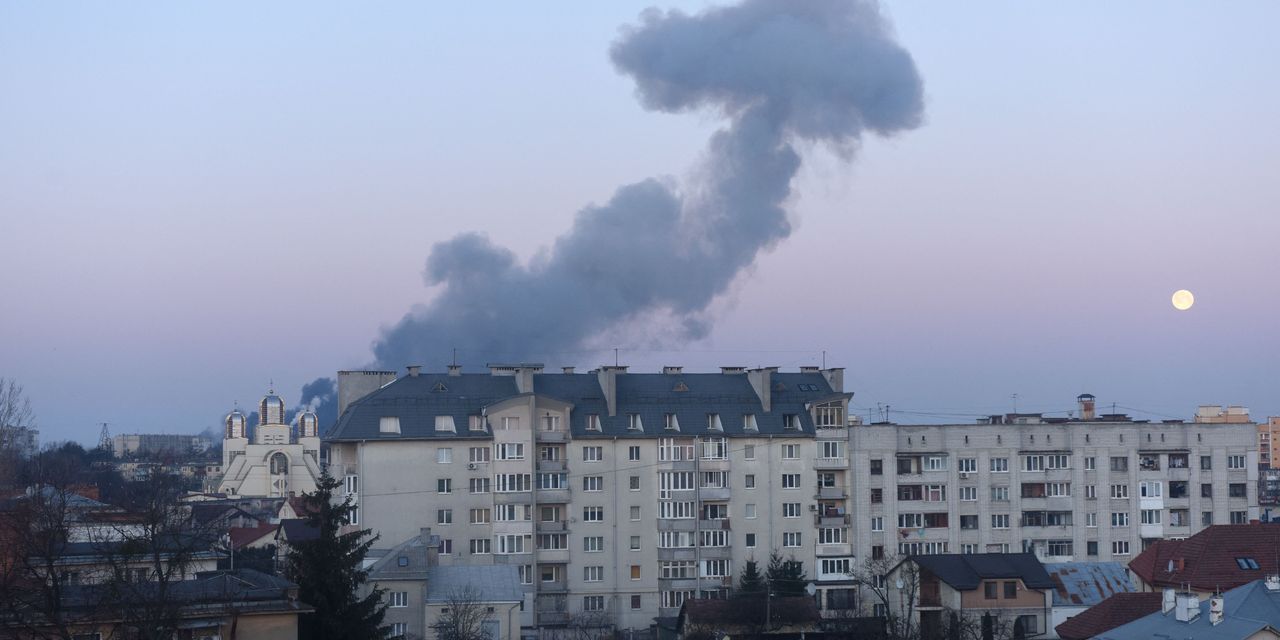 LVIV, Ukraine—Rescuers searched Friday for more survivors after evacuating 130 people from the wreckage of a theater-turned-bomb shelter in Mariupol in recent days, following a Russian airstrike, said Ukrainian President

“Hundreds of Mariupol residents are still under the debris,” he said during his latest address to the nation. “Despite the shelling, despite all the difficulties, we will continue rescue work.”

About 1,300 remained trapped in the basement of the theater, said

Ukraine’s human-rights commissioner, adding that it was difficult to be certain of the number of survivors. She didn’t confirm any casualties.

“We hope that they will be alive but as of now we have no information about them,” she said in a local television interview.

Efforts to sort through the wreckage and rescue any survivors are being hampered because rescue services have been decimated by the attack on the southern port city.

Getting medical treatment to those injured could be difficult, because “a lot of doctors have been killed,” former Governor

Ukrainian civilians sought shelter at the theater as Mariupol has been the target of relentless shelling by Russian forces seeking to advance along Ukraine’s southern coast.

Moscow has long coveted Mariupol for its strategic location 35 miles west of the Russian border on the Azov Sea. Russia’s Defense Ministry denied its forces conducted an airstrike on the theater.

Elsewhere in Ukraine, Russian missiles hit an aircraft-repair facility in the western part of the country on Friday, striking a long-range target far from the battlefield while attacks continued on other cities.

The Ukrainian air force said six cruise missiles were fired from the Black Sea. Two were intercepted, preventing them from reaching their target near the airport in the western city of Lviv, about 50 miles from the Polish border. Polish immigration authorities said Friday that the number of people who have fled Ukraine for Poland has now surpassed two million. More than three million Ukrainians have fled the country since the war began, according to the United Nations refugee agency.

A building was destroyed, according to Lviv’s mayor,

who said work at the facility had been suspended before the strike. One person was wounded, and rescue workers were on site putting out a fire, said

the head of the Lviv regional military administration.

Friday’s strike on the Lviv maintenance facility followed a Sunday air attack on a similar location in Lutsk, also in western Ukraine. Workers at each site repair and modernize Ukrainian combat aircraft of various types.

a reserve colonel in the Ukrainian army and a military analyst, said the strikes showed that Ukraine’s air fleet, modest and aging, continued to frustrate the Russian war machine.

“This can only mean that our aviation is becoming a big problem for Russia,” he said.

Most of the fighting between the invading Russian forces and Ukrainian troops has been concentrated further east and south. In the eastern city of Kramatorsk, at least one missile hit a residential building overnight, killing two people and wounding 16, said

head of the regional military administration in the eastern region of Donetsk.

The thud of artillery exchanges and small-arms fire was audible in the outskirts of the capital, Kyiv, overnight. A Russian rocket, reportedly shot down by Ukrainian air defense forces, landed in a downtown neighborhood, injuring a half dozen people who were cut by flying glass.

Standing by the crater next to scorched apartment blocks, Mayor

said one person had been killed and four children were among the wounded. “These are the results of this awful situation,” he said.

Mr. Zelensky said Ukrainian forces have taken Russian conscripts prisoner on the battlefield. Russia has made no effort to recover its prisoners of war, he said, and some of them are refusing to go back. In his nightly address Mr. Zelensky said he wouldn’t publicly discuss his strategy on cease-fire talks.

“Working more in silence than on television, radio or

asserting that Ukraine’s leadership was doing everything possible to delay talks on a cease-fire by “putting forward more and more unrealistic proposals,” according to the Kremlin’s account of the phone call.

“Nevertheless, the Russian side is ready to continue the search for solutions in line with its well-known principled approaches,” the Kremlin said.

The call, which lasted just under an hour, focused on efforts to end the war in Ukraine, according to the German government. During the call, Mr. Scholz stressed the urgent need for a cease-fire, an improvement in the humanitarian situation, and progress in the search for a diplomatic solution to the conflict.

In Russia, celebrations of the eighth anniversary of Moscow’s seizure of Crimea from Ukraine were held in central squares in cities across the country Friday, Russian state television showed. Mr. Putin addressed thousands of flag-waving supporters at Moscow’s Luzhniki Stadium, which hosted the men’s World Cup final in 2018 and seats 81,000 people.

Russian television showed Mr. Putin on a stage in the center of the stadium standing against a backdrop reading, “For Russia” and “For a world without Nazism”—a reference to his false claim that Ukraine’s leadership is run by a cabal of neo-Nazis. Mr. Zelensky, the Ukrainian president, is Jewish.

Even as Russia’s assault has faced stiff resistance by Ukraine’s forces and stalled in recent days, with Russian fatalities reaching as many as 7,000, according to estimates by Western intelligence, Mr. Putin signaled defiance to the packed stadium.

“We will definitely implement all the expected plans,” Mr. Putin told the crowd to cheers and applause.

In the U.S., President Biden spoke with China’s leader,

on Friday, in an attempt to deter Beijing from deeper involvement with Moscow on its war effort

During a nearly two-hour videoconference, Mr. Xi sought to present China as a peacemaker. “The Ukraine crisis is something we don’t want to see,” he told Mr. Biden, according to China’s official Xinhua News Agency. “Conflict and confrontation are not in the interests of anyone.”

Mr. Biden, for his part, was expected to threaten repercussions should China lend military or economic help to Russia, U.S. officials said ahead of the call.

Australia also broadened its sanctions against Russia on Friday to include 11 additional banks and government entities, as well as billionaires

said the majority of Russia’s banking assets were now covered by sanctions, as were all of the entities that handle Russia’s sovereign debt.

—Alan Cullison and Evan Gershkovich contributed to this article.

Write to Isabel Coles at isabel.coles@wsj.com and Brett Forrest at brett.forrest@wsj.com