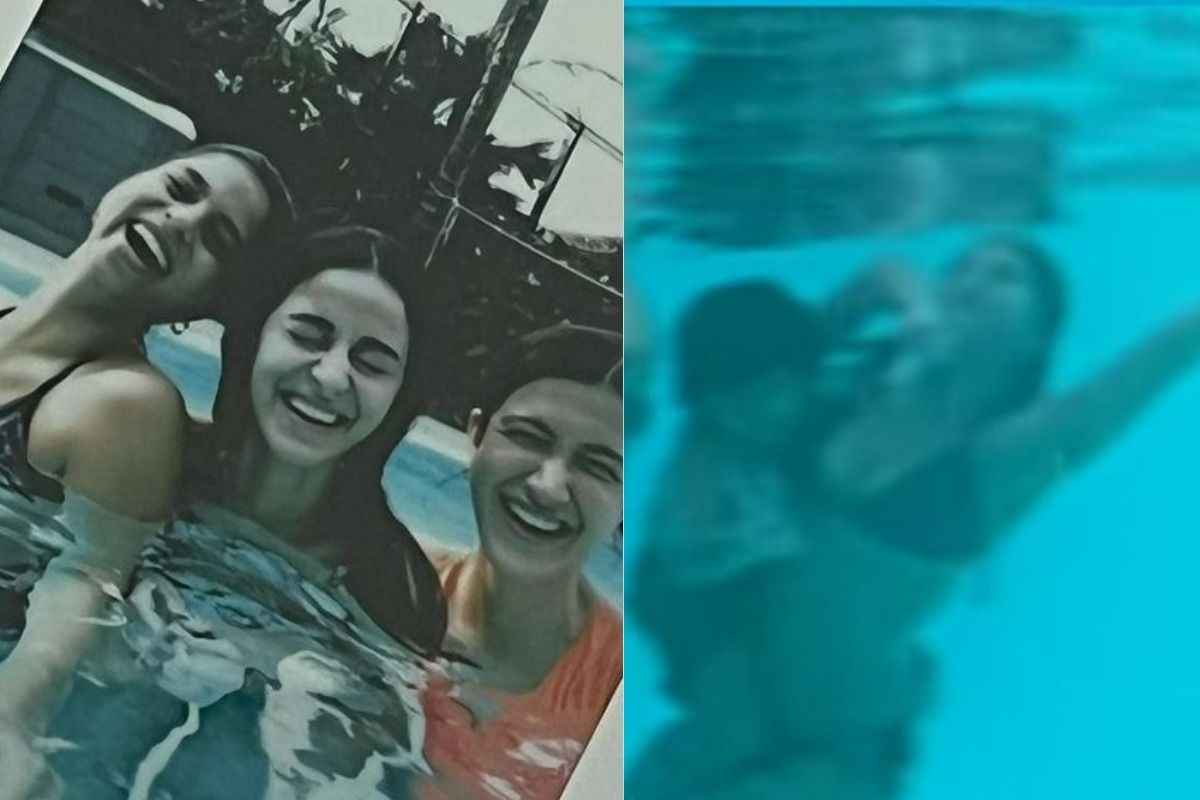 While we know how close Suhana, Ananya, and Shanaya are, the way SRK’s daughter held onto her brother couldn’t be missed. Gehraiyaan fame shared a picture and the video from their pool day on her Instagram and captioned it, “where there is a woman, there is magic grateful to be surrounded by so much magic #WomensDayEveryday.” Sanjay Kapoor’s daughter captioned the post, “pool day with my favs!” Also Read – Suhana Khan is a Vision in White Chikankari Lehenga by Manish Malhotra, You Like?

The BFFs quickly responded to each other’s posts with lovey-dovey comments. Suhana Khan wrote, “Love uuu” along with heart emojis on Ananya’s post whereas she wrote, “Yayyy” followed by red heart emojis on Shanya’s post.

Recently, Suhana shared a glimpse of her younger brother Abram Khan with his back to the camera. In the photo, their family dog can also be seen. While fans got a sneak peek into Mannat, we couldn’t stop adoring the eight-year-old kneeled on a carpet busy playing his games.

On the work front, Ananya Panday recently starred in the film Gehraiyaan. Puri Jagannadh’s Liger, starring Vijay Deverakonda, will be her next film. She’s also working on Kho Gaye Hum Kahaan with Siddhant and Adarsh Gourav. While Suhana Khan will make her Bollywood debut opposite Khushi Kapoor and Agastya Nanda in a Zoya Akhtar-directed film based on the Archie comic book series. Shanaya Kapoor, on the other hand, will make her big Bollywood debut in Bedhadak, a Dharma production.

An excellent way to spend your time with your girlfriends! Watch this space for more updates.