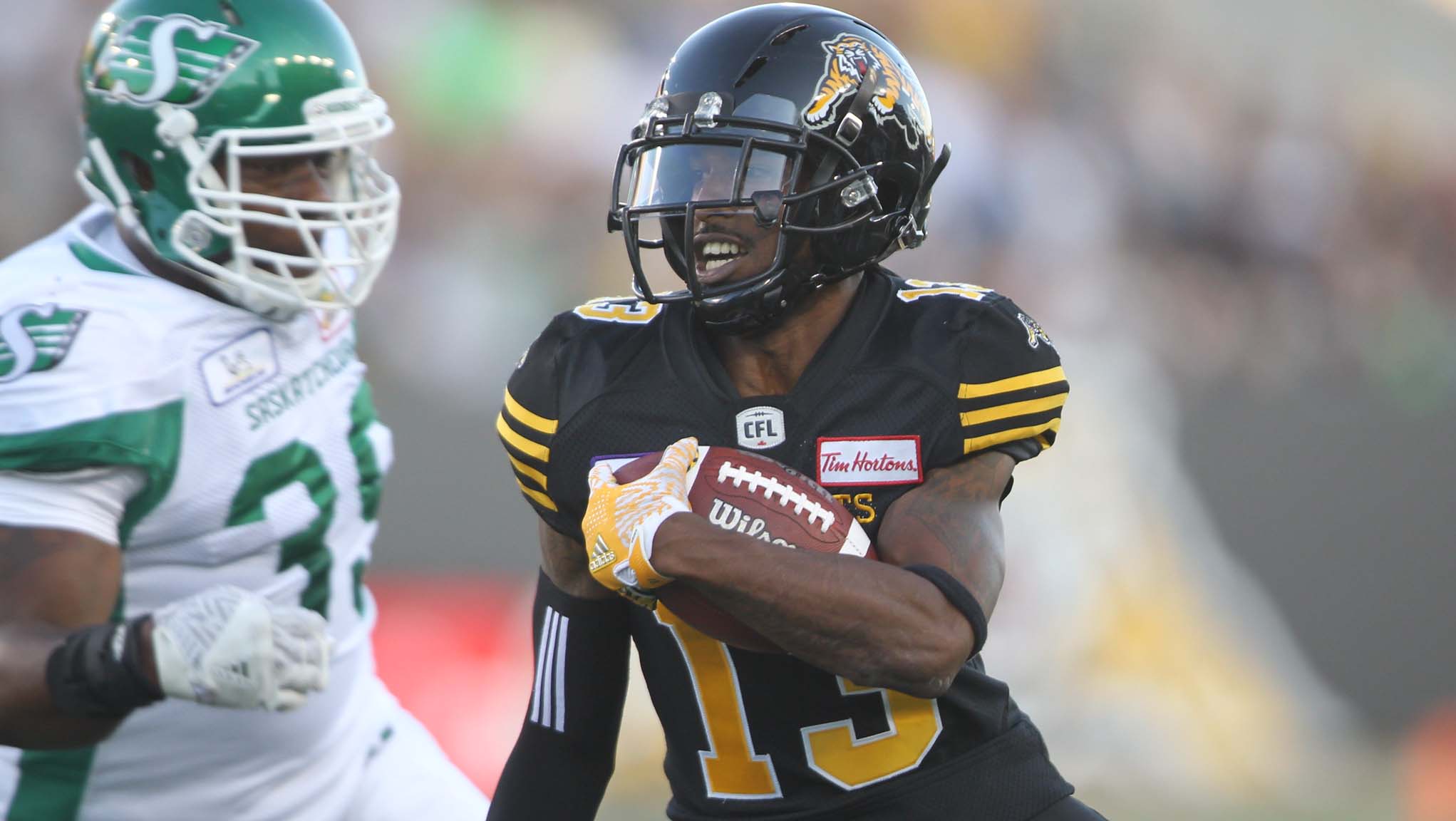 I have to say: I’ve loved what the Winnipeg Blue Bombers have done this offseason. The two-time defending Grey Cup champions have said goodbye to important players, led by hometown hero Andrew Harris and receiver Kenny Lawler, who was the league’s leading receiver in 2021. Sacrifices are the reality of a salary cap world, but I’ve been really impressed with how general manager Kyle Walters has navigated this landscape.

The receiver spot is a perfect example. The Bombers have said goodbye to Lawler (Edmonton) and franchise mainstay Darvin Adams (Ottawa) in free agency and yet this receiving group looks just as formidable for 2022 as it did last year. That can happen with a good existing talent base, a solid splash or two in free agency and a sneaky signing here or there. The Bombers have checked all those boxes.

Let’s start with the latter, which is also the most recent. I love Winnipeg’s addition of Jalen Saunders last week because it’s exactly the type of smart, targeted and low risk move a cap strapped team has to make. Of course there’s no guarantee Saunders returns to the form he showed a few years ago in Hamilton. But if he does, or comes anywhere close, the Bombers are going to look really smart.

Saunders hasn’t played since the 2018 season but if he can get back to his old form, the Bombers have added an elite threat to their offence (Johany Jutras/CFL.ca)

Saunders hasn’t played since sustaining a season-ending injury in September 2018. At the time, he was on pace for his second straight 1,000-yard season in the league after going for 1,170 and four touchdowns as a rookie in 2017. Unfortunately, some bad luck, bad timing and a worldwide pandemic kept Saunders off the field the last three seasons. But if there’s a place to thrive after that much time off, Winnipeg’s offence is going to be it.

Saunders showed he had the chops to be a high-end CFL receiver in parts of two seasons with the Ticats after a standout college career at Fresno State and Oklahoma. And, joining an offence captained by the reigning Most Outstanding Player Zach Collaros is a great situation to enter, especially when attempting a comeback.

Even with the departures of Lawler and Adams, the Blue Bombers were going to be in good shape at receiver regardless. Nic Demski and Rasheed Bailey are both back and are both coming off breakout seasons. Demski was Winnipeg’s second-leading receiver in 2021, finishing with 654 yards and four touchdowns, while Bailey was right there with him at 629 and five. Add in the always steady Drew Wolitarsky and the Bombers had a great foundation already in place.

With Lawler’s exit expected for some time, Walters had a great contingency plan ready to go by signing Greg Ellingson. The five-time 1,000-yard receiver should fit like a glove with the Bombers, even coming off a down season by his standards. The way things are shaping up, it feels like Winnipeg’s aerial attack is going to be hard to stop once again.

The countdown is on

Tyrell Richards had an impressive Combine showing and checks a lot of the boxes that pundits think Chris Jones and the Edmonton Elks could be looking for with the first overall pick (Kevin Sousa/CFL.ca)

Marshall Ferguson’s first mock draft is out and like every year, it’s must-read material with the 2022 CFL Draft rapidly approaching. Ferg’s first overall projection has Syracuse linebacker Tyrell Richards going to Edmonton, which seems to be the prevailing thought right now. There’s just too much to like.

Richards took reps at multiple positions at the CFL Combine presented by New Era and didn’t disappoint at any of them. The Brampton product’s Combine performance just upped a stock that was already high despite not playing in 2021. And, knowing it’s the Elks picking first overall, with Chris Jones newly installed as general manager, Richards just makes too much sense.

As Marshall said in his mock, Richards has “the first overall pick written all over him without the context of who is making the pick, but with Jones – a fan of defensive versatility and athleticism – at the helm, this feels destined to happen.” I couldn’t have said it better myself.

So, believe it or not, we are just over a month (!) from the start of the 2022 preseason. Today is April 19 and the first pre-season game goes May 23 between Winnipeg and Saskatchewan. Before that, though, we have a few things to sink our teeth into as CFL fans.

It starts at the end of the month with the NFL Draft in Las Vegas, which is set for April 28-30. That weekend and the couple days following is when we’ll find out how many Canadian players have been selected and/or signed by NFL teams. For instance, the CFL Scouting Bureau’s most recent top prospect is Penn State linebacker Jesse Luketa. He’s expected to be selected over NFL Draft weekend, which would impact what happens a few days later.

Tuesday, May 3 is Draft day north of the border, with the 2022 CFL Draft and 2022 Global Draft to be held on the same day. We know Edmonton holds the first overall pick in the traditional draft, while Montreal will lead things off at the Global Draft, which will involve 27 picks over three rounds of non-Canadian and non-American players.

Then less than two weeks later, we’re officially back on the field. Rookie camps open May 11 before main camp opens four days later. It’s been a fun, eventful offseason, but I don’t think I’m speaking out of school by saying the best part of the calendar is finally upon us. It’s nice to be back on a regular schedule for the first time since 2019, so here we go!