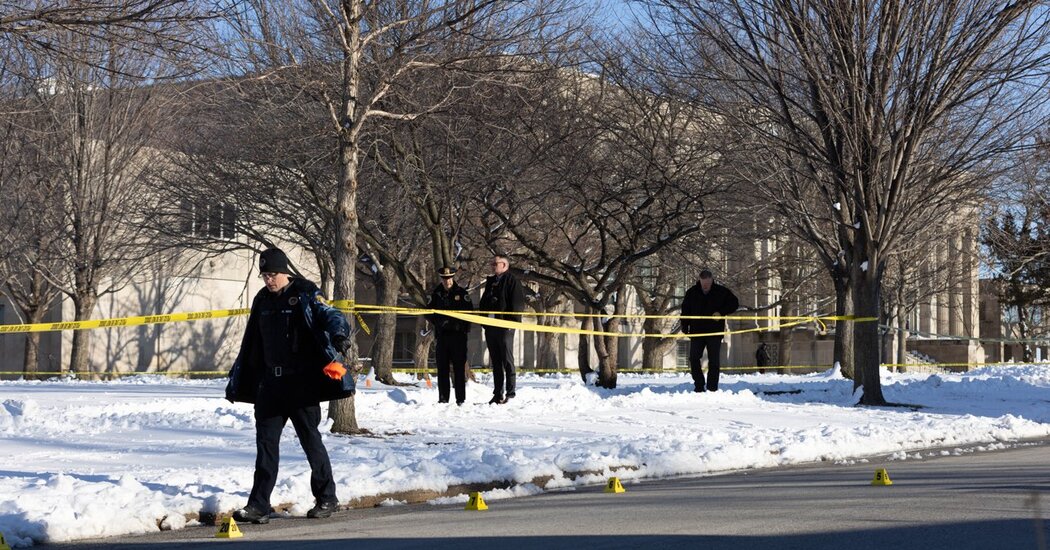 A shooting outside a high school in Des Moines on Monday afternoon left one teenager dead and two others in critical condition in what appeared to be a drive-by attack, the authorities said.

Des Moines police officers responded at 2:48 p.m. to the shooting on the grounds of East High School, which serves about 2,000 students in Iowa’s capital city.

The teenagers appear to have been shot with a gun fired from a passing vehicle, Sgt. Paul Parizek, a spokesman for the Des Moines Police Department, said in a news release.

Potential suspects have been detained, Sergeant Parizek said, though no charges have yet been filed.

“We know that the kids in that school are our community’s most precious cargo,” Sergeant Parizek said during the news conference. “It’s sad, but we do train for this. We have to be prepared for it, and this is why.”

Students and teachers sheltered in place while the school was placed under a lockdown that was lifted later in the afternoon. The police said that the building was secure and that there was no longer a threat.

“It’s a punch in the gut that we’ve got three kids in the hospital,” Sergeant Parizek said, “but we’re hoping for the best for them.”

Kaylie Shannon, a student at the school, told the television station KCCI that she was outside the school when she heard gunfire.

“I was just sitting in my friend’s car and then all of the sudden I heard 11 gunshots and some boys screaming,” she said.

The Des Moines Public Schools warned people on Twitter to stay away from the school as law enforcement officers responded to the shooting.

The Bureau of Alcohol, Tobacco, Firearms and Explosives said on Twitter on Monday that special agents from its office were on the scene and helping with the investigation.