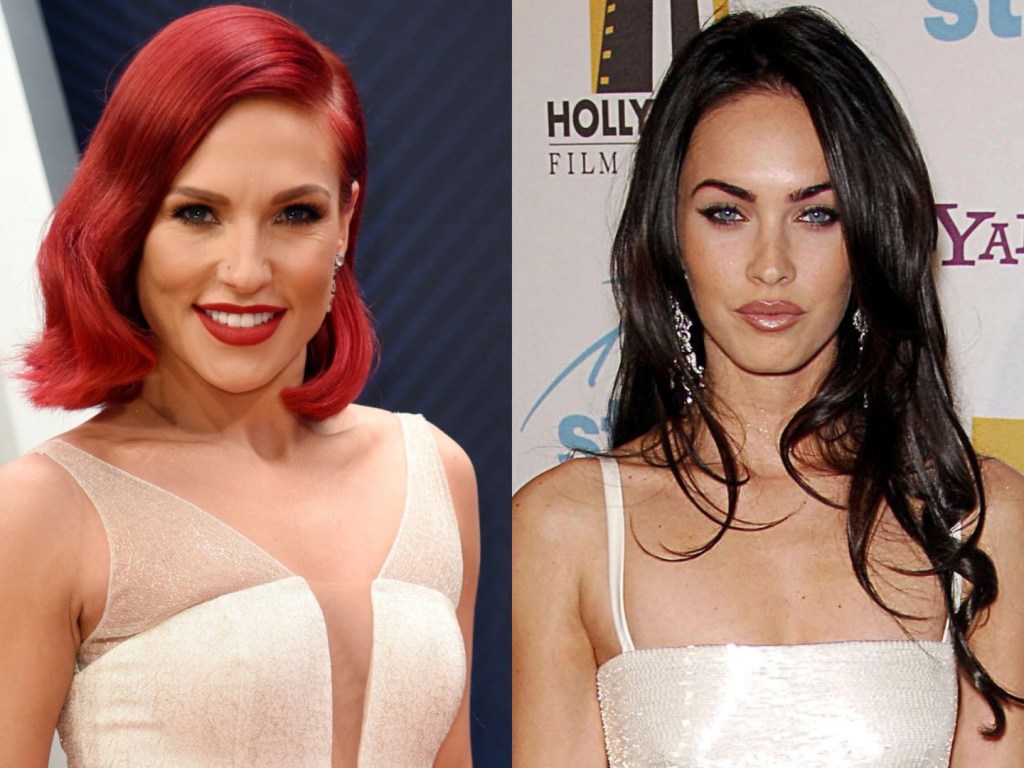 Just because Brian Austin Green has been involved with two stunning and smart women, doesn’t mean Sharna Burgess and Megan Fox compare themselves to each other. The Dancing With the Stars pro shut down any notions that she is intimated by the Jennifer’s Body star in any way.

Burgess’ answer to the comparison question came up during a fan Q&A on her Instagram Story. The follower asked, “How do you deal with following in Megan Fox’s footsteps?” Instead of lashing out, she decided to respond with a mature answer that, hopefully, enlightened some people who shared the notion that the dancer was living in the shadow of Green’s ex-wife. “Normally I wouldn’t answer these types of questions but I think many women struggle with comparing themselves to a partners x,” she wrote. “Or to other women in general. That’s because society has made out that we are a b**chy and competitive gender, that we can’t possibly be happy with who we are without wanting what ‘she’ (whoever that is to you) has.”

The lengthy response eventually got around to answering the original question about whether she compares herself to Fox, to which Burgess said, “I don’t” — and she shouldn’t. Adding that Fox is “her own self and an amazing woman” while also rooting for herself, the dance star warned that “this notion that you ‘follow in the footsteps’ of your partner’s X is dangerous” and that women should “create the path YOU want.” It was sage advice since both women are both accomplished artists, who just happen to have dated the same man at some point in their lives. Because they both have children with Green (Burgess is due in July), it’s also beneficial to the entire family to get along with each other.

By setting the stage for a healthy co-parenting relationship, Burgess knows there is no point in trying to be Fox, just the same as Fox isn’t trying to be Burgess. And the mom-to-be summed it up in the most perfect way, writing, “A community of women around you is a gift.” We most certainly agree.