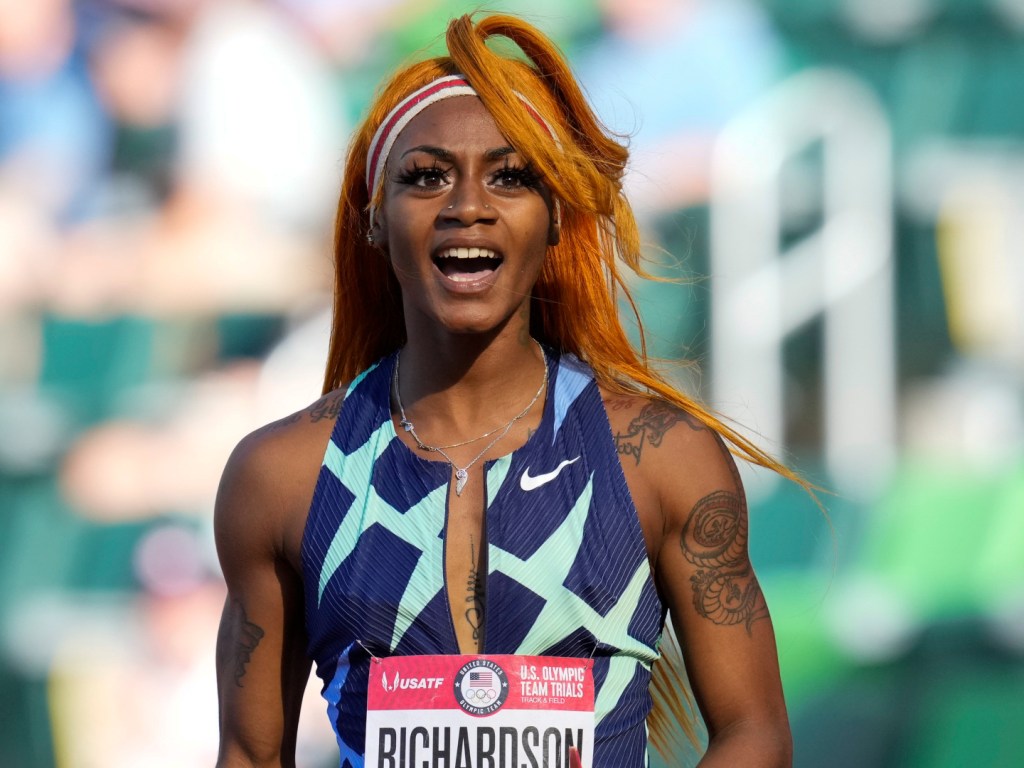 Figure skating always seems to drum up controversy during the Winter Olympics and this year is no different. The news that Russian Olympic Committee figure skater Kamila Valieva would be allowed to compete in the women’s competition beginning on Tuesday, after testing positive for a banned substance, isn’t sitting well with everyone, particularly American track and field athlete Sha’Carri Richardson.

Right after the Olympic Trials last June, Richardson was suspended for one month by the United States Anti-Doping Agency for testing positive for marijuana. As a result, she missed the Summer Games in Tokyo, Japan. The 21-year-old 100-meters star is speaking out because she feels that the two situations were handled very differently. “Can we get a solid answer on the difference of her situation and mines?” she tweeted on Feb. 14. “My mother died and I can’t run and was also favored to place top 3. The only difference I see is I’m a black young lady.”

Can we get a solid answer on the difference of her situation and mines? My mother died and I can’t run and was also favored to place top 3. The only difference I see is I’m a black young lady. https://t.co/JtUfmp3F8L

Richardson lost her biological mother just days before the race and the use of cannabis, which is legal in Oregon where the Olympic Trials were held, was a coping mechanism for her. “I was definitely triggered and blinded by emotions, blinded by badness, and hurting, and hiding hurt,” she shared her emotions and grief about her loss to TODAY. “I know I can’t hide myself, so in some type of way, I was trying to hide my pain.” It should also be noted that marijuana is not considered a performance-enhancing drug.

Valieva tested positive in late December for Trimetazidine, “a drug used to treat angina and other heart-related conditions,” according to NBC Olympics. “If you’re in a highly exertional sport, where you’re using a lot of energy and you’re putting your heart under significant stress, it certainly could help your heart function better theoretically,” said Dr. Kelly Johnson-Arbor, a medical toxicology physician at MedStar Georgetown University Hospital, told the outlet. It was The Court of Arbitration for Sport (CAS) that ruled that the 15-year-old can compete and leaned on the fact that she is considered a minor and has tested clean so far in Beijing.

While things look completely unfair already when you compare the Richardson and Valieva situation, the Winter Olympics scandal is far from over. The International Olympic Committee has already handed down a ruling that will affect the upcoming competition after being disappointed by the CAS verdict. “Should Ms. Valieva finish amongst the top three competitors in the women’s singles skating competition, no flower ceremony and no medal ceremony will take place during the Olympic Winter Games,” they said in a statement, via Vox. That means that the legal system will have to play out before any medal is awarded, especially to Valieva, who is favored to win gold.

Before you go, click here to see Team USA Olympians over the years.