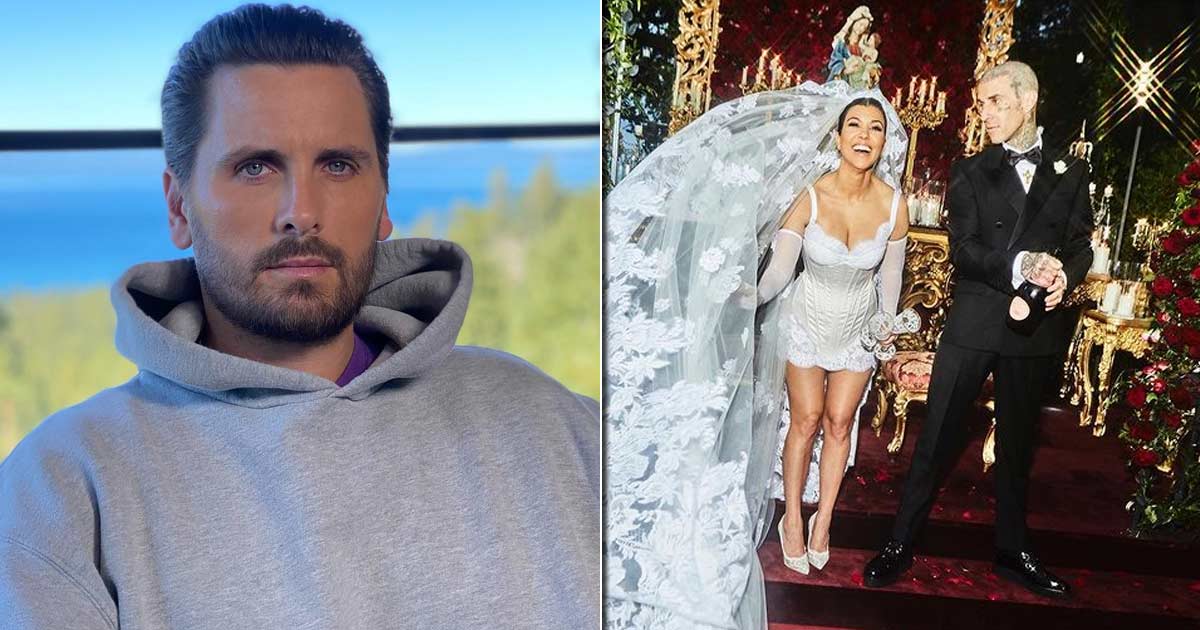 The Kardashians have always been in the news for some reason or the other. Be it their ex-lovers’ drama or just s*x scandals, they have a way of keeping the audience curious about the smallest details of their life. In the most recent development, Kourtney Kardashian and Travis Barker got hitched through a private ceremony in Italy and the pictures have been over social media. Amidst all of this, do you wonder what Kourt’s ex Scott Disick has been up to? Let’s find out!

For the unversed, Kourtney wore a stunning Dolce and Gabbana white silk and satin mini wedding dress which is one of a kind, to say the least. The corset style dress was inspired by ‘iconic figures of the Italian Lingerie’ and was topped up with a net veil studded with embroidery handwork. The reception was organized in the stunning castle of Castello Brown with a décor which looked straight out of a movie set.

As pictures from Kourtney Kardashian and Travis Barker’s wedding are all over social media, there have also been several reports about how her ex-lover Scott Disick is taking it. As he had previously mentioned that he was slightly discomforted by Kourt’s current relationship status, some fans believe that he is indeed having a tough time with it.

However, Scott Disick was busy having dinner with close friend Rod Stewart when the wedding ceremony and reception were happening in Italy. According to a report by ET, he was spotted at a restaurant in West Hollywood with his pal and his son and even looked like he was having a good time.

Tune in to Koimoi for more on Hollywood.

Must Read: Tom Cruise’s Adventures Aren’t Just Limited To Stunts As The Star Puts Hell Lot Of Efforts To Catch Every Movie In Theatres By Going Incognito!