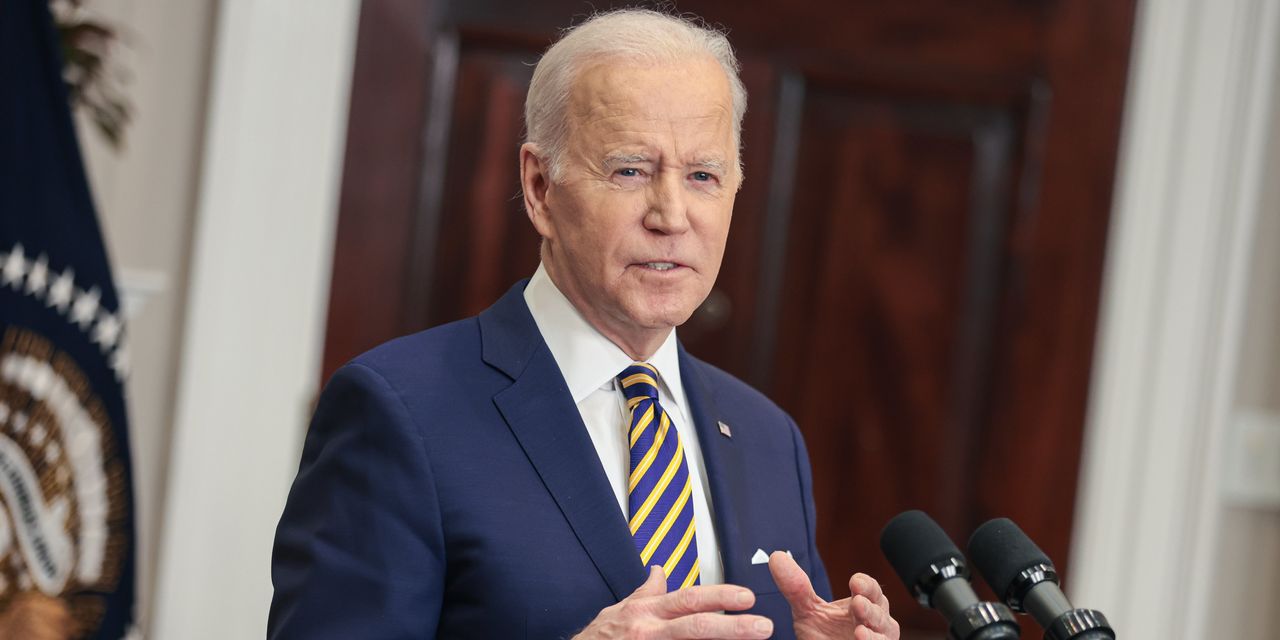 The White House unsuccessfully tried to arrange calls between President Biden and the de facto leaders of Saudi Arabia and the United Arab Emirates as the U.S. was working to build international support for Ukraine and contain a surge in oil prices, said Middle East and U.S. officials.

and the U.A.E.’s Sheikh Mohammed bin Zayed al Nahyan both declined U.S. requests to speak to Mr. Biden in recent weeks, the officials said, as Saudi and Emirati officials have become more vocal in recent weeks in their criticism of American policy in the Gulf.

“There was some expectation of a phone call, but it didn’t happen,” said a U.S. official of the planned discussion between the Saudi Prince Mohammed and Mr. Biden. “It was part of turning on the spigot [of Saudi oil].”

Mr. Biden did speak with Prince Mohammed’s 86-year-old father, King Salman, on Feb. 9, when the two men reiterated their countries’ longstanding partnership. The U.A.E.’s Ministry of Foreign Affairs said the call between Mr. Biden and Sheikh Mohammed would be rescheduled.

The Saudis have signaled that their relationship with Washington has deteriorated under the Biden administration, and they want more support for their intervention in Yemen’s civil war, help with their own civilian nuclear program as Iran’s moves ahead, and legal immunity for Prince Mohammed in the U.S., Saudi officials said. The crown prince faces multiple lawsuits in the U.S., including over the killing of journalist Jamal Khashoggi in 2018.

The Emiratis share Saudi concerns about the restrained U.S. response to recent missile strikes by Iran-backed Houthi militants in Yemen against the U.A.E. and Saudi Arabia, officials said. Both governments are also concerned about the revival of the Iran nuclear deal, which doesn’t address other security concerns of theirs and has entered the final stages of negotiations in recent weeks.

The White House has worked to repair relations with two key Middle Eastern countries it needs on its side as oil prices push over $130 a barrel for the first time in almost 14 years. Saudi Arabia and the U.A.E. are the only two major oil producers that can pump millions of more barrels of more oil—a capacity that, if used, could help calm the crude market at a time when American gasoline prices are at high levels.

the State Department’s energy envoy, both traveled to Riyadh late last month to try to mend fences with Saudi officials. Mr. McGurk also met with Sheikh Mohammed in Abu Dhabi in a bid to address Emirati frustrations over the U.S. response to the Houthi attacks.

The call with Sheikh Mohammed in early February was expected to focus on ways the two countries could counter Houthi attacks from Yemen.

One U.S. official said the Biden administration has worked diligently to strengthen Saudi and Emirati missile defenses, and that America would be doing more in the coming months to help the two Gulf nations protect themselves. It may not be all the two countries want, the official said, but the U.S. is trying to address their security concerns.

But the Saudis and Emiratis have declined to pump more oil, saying they are sticking to a production plan approved between their group, the Organization of the Petroleum Exporting Countries, and a group of other producers led by Russia. The energy alliance with Russia, one of the world’s top oil producers, has enhanced OPEC’s power while also bringing the Saudis and Emiratis closer to Moscow.

last week, after declining to speak with Mr. Biden. They both later spoke with Ukraine’s president, and a Saudi official said the U.S. had requested that Prince Mohammed mediate in the conflict, which he said the kingdom is embarking on.

who sided with them in a regional dispute with Qatar, pulled the U.S. out of the Iran nuclear deal that they had opposed, made his first trip abroad to Riyadh in 2017 and stood by Prince Mohammed after the killing of Mr. Khashoggi. But Mr. Trump’s decision not to respond to an Iranian drone and missile attack on major Saudi oil sites in 2019 rattled Gulf partners who have relied for decades on the promise of U.S. security protection. Iran denied involvement in the oil facility attacks.

The rift between Mr. Biden and Saudi Arabia’s crown prince stretches back to the 2020 presidential election, when the Democratic candidate vowed to treat the kingdom as a “pariah” state after a Saudi hit team killed Mr. Khashoggi in 2018 in Istanbul.

There is “very little social redeeming value in the present government in Saudi Arabia,” Mr. Biden said during a presidential debate in 2019.

After taking office, Mr. Biden released a U.S. intelligence report that concluded that Prince Mohammed had approved the plan to capture or kill Mr. Khashoggi, who had been an outspoken critic of the young Saudi ruler.

Prince Mohammed has denied knowing anything about the plot, even though people close to the crown prince were convicted by a Saudi court of taking part in murdering the journalist.

Mr. Biden also publicly castigated Saudi Arabia over its protracted war in Yemen and cut off the flow of some weapons Riyadh could use to target Houthis. The president also reversed a move by his predecessor that put the Houthis on America’s official list of global terrorist groups, a move that Saudi leaders said had emboldened the Yemeni force and thwarted efforts to broker a cease-fire.

On Monday, Ms. Psaki said the president stood by his view that Saudi Arabia should be treated like a “pariah” state and that the leadership had little redeeming social value.

When asked in an interview with the Atlantic magazine released last week if Mr. Biden misunderstood the Saudi leader, Prince Mohammed responded: “Simply, I do not care.”

Prince Mohammed said alienating the Saudi leaders would hurt the U.S. president. “It’s up to him to think about the interests of America,” he said. “Go for it.”

One U.S. official acknowledged that Prince Mohammed is the key Saudi decision maker, and that the Biden administration will have to find ways to work with the crown prince on everything from energy policy to normalizing relations with Israel.

Along with Saudi Arabia, the U.A.E. has urged the U.S. to put the Houthis on its list of terrorist groups and to send more military aid to help defend the country from more attacks. But the U.S. hasn’t moved to address those Emirati concerns, according to Gulf officials.

the head of U.S. Central Command, flew to Abu Dhabi for a series of meetings with Emirati leaders to discuss ways to beef up security in the wake of the Houthi missile strikes. Gen. McKenzie wanted to meet with Sheikh Mohammed, but was unable to get time with the Emirati leader, according to a Middle East official.

Last week, Yousef Al Otaiba, the U.A.E. ambassador to the U.S., said that relations between the two countries were strained.

Write to Dion Nissenbaum at dion.nissenbaum@wsj.com, Stephen Kalin at stephen.kalin@wsj.com and David S. Cloud at david.cloud@wsj.com