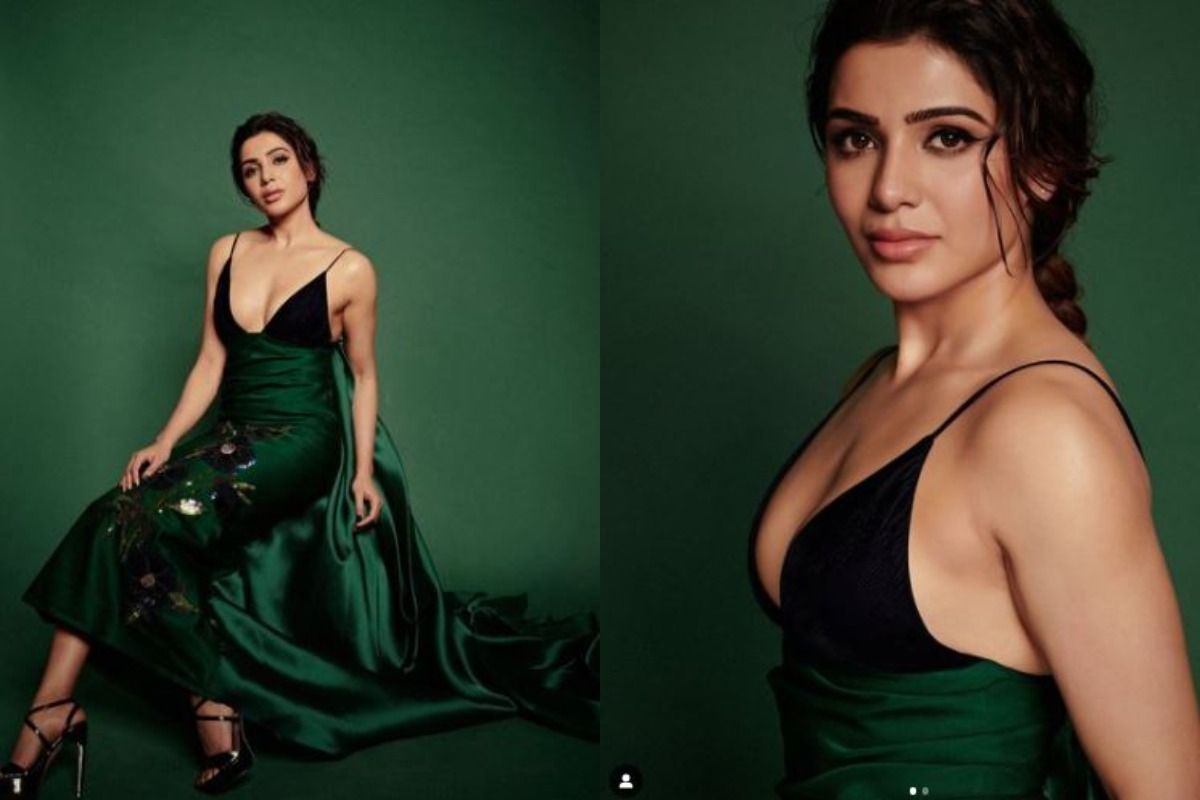 South sensation Samantha Ruth Prabhu has featured in a number of films and has a dedicated fan base. But celebrities are often targeted for their on-screen image on social media and to teach trolls a lesson, Samantha recently shared a long post lashing out at trolls. A few days ago, Samantha wore a plunging neckline beautiful gown to the Critics Choice Awards in Mumbai. She posted several photos of herself from a shoot and was trolled for her choice of outfit. But she didn’t let the trolls affect her and posted, “As a woman, I bear first hand knowledge of what it means to be judged. We judge women based on what they wear, their race, education, social standing, appearance, skin tone and the list goes on and on (sic).”Also Read – Samantha Ruth Prabhu is a Walking Mermaid in Her Green Dress with Plunging Neckline Worth Rs 1.8 Lakh – See Pics

Samantha further added, “Making snap judgements about a person simply based on the clothes they wear is quite literally the easiest thing one can do. Now that we’re in the year 2013″ can we finally stop judging a woman based on the hemlines & necklines she adorns and focus instead on bettering ourselves? Turning that judgement inward and training it on Turning that judgement inward and training it on one’s own is evolution! Projecting our deals on someone else never did anyone any good… lets’s gently rewrite the way we measure and understand a person (sic).” Also Read – Samantha Ruth Prabhu Hails Alia Bhatt’s Performance in Gangubai Kathiawadi, Says, ‘Words Aren’t Enough’

Samantha wore a bottle green and black Gauri & Nainika evening gown and paired it with heels. See her full post.