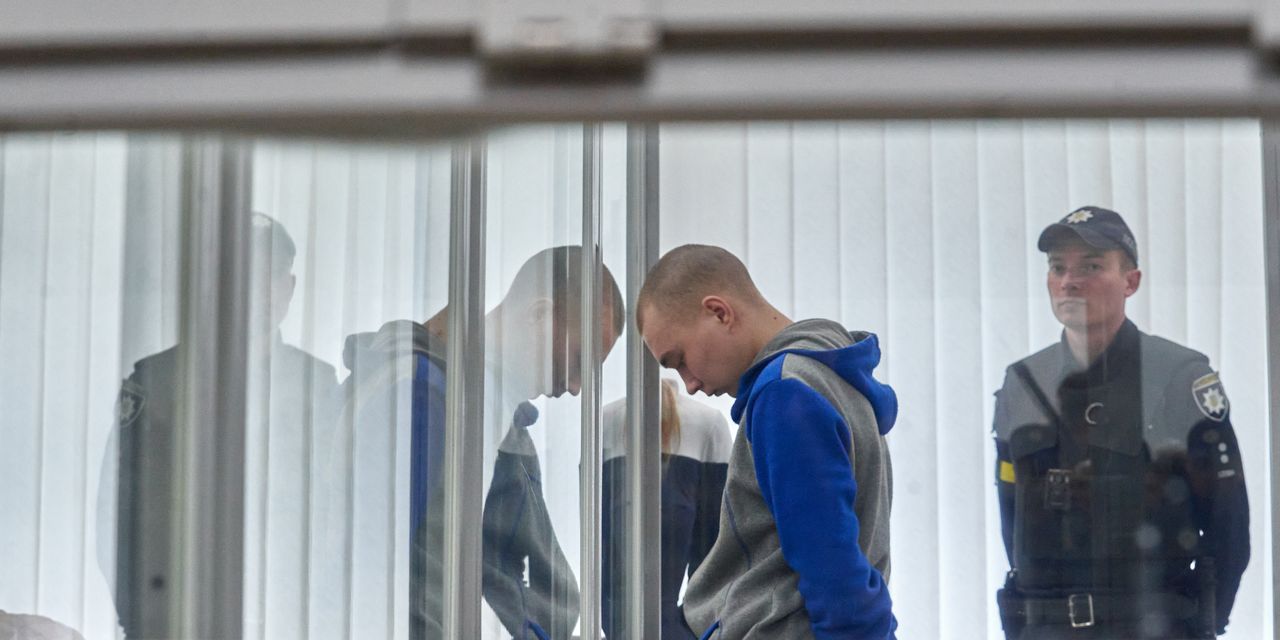 KYIV, Ukraine—A Russian soldier was convicted of premeditated murder and sentenced to life in prison on Monday in Ukraine’s first war- crimes trial since the invasion began in February, a verdict that prosecutors hope will provide momentum to bring more cases to court.

A three-judge panel in a court in the Ukrainian capital found Vadim Shishimarin, a Russian tank-unit sergeant, committed premeditated murder when he shot and killed Oleksandr Shelipov, a civilian in the Ukrainian village of Chupakhivka. He was also ordered to pay for the costs of the trial.