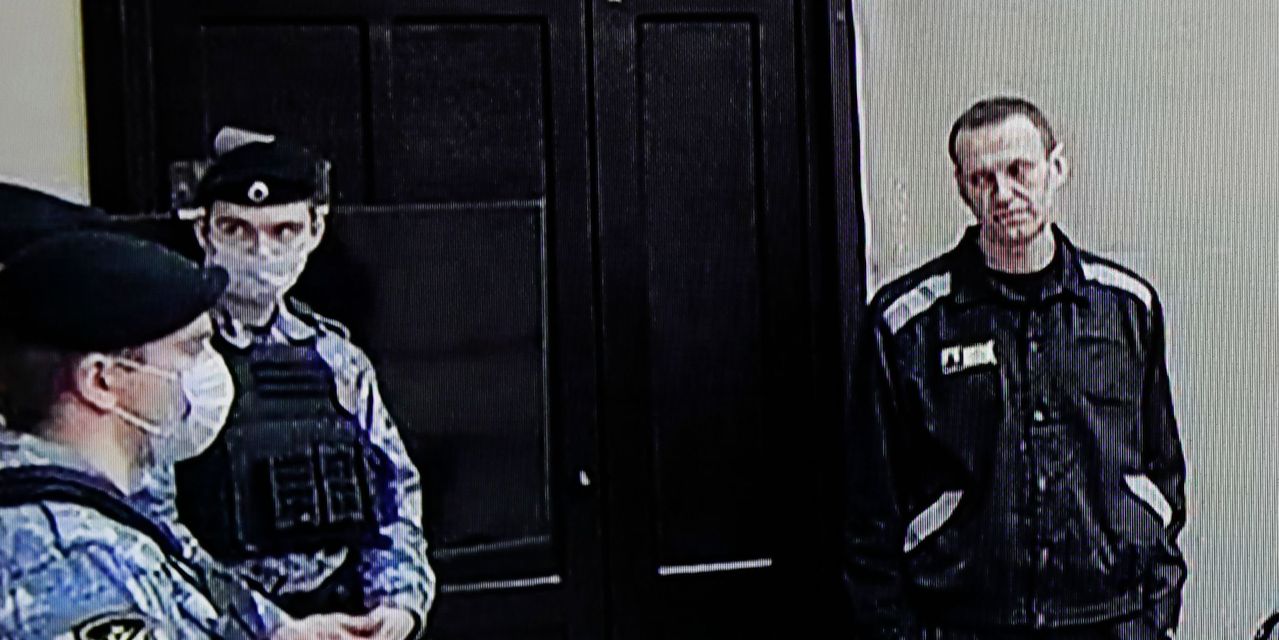 Russia’s leading opposition figure, Alexei Navalny, was sentenced to nine more years in prison on charges of fraud and contempt of court, in a case his supporters say was brought against him on the orders of President

The fresh sentence comes as Russian authorities seek to put down any dissent against Mr. Putin’s war against Ukraine, which has stalled in the face of stiff Ukrainian resistance. Russian authorities have detained more than 15,000 people in antiwar rallies since the invasion began on Feb. 24, according to OVD-Info, an independent organization which monitors detentions at protests. They also passed a law earlier this month that imposes a penalty of up to 15 years in prison on anyone who criticizes the Russian army or refers to its offensive as an invasion or a war.

Mr. Navalny, who has from behind bars called on his supporters to protest the war, was already serving a prison sentence that began in February last year, for violating parole relating to an earlier fraud conviction that he and his supporters say was also politically motivated.

A judge on Tuesday ruled that Mr. Navalny had stolen donations from the Anti-Corruption Foundation, a nonprofit he founded that worked to investigate official corruption in Russia before it was banned as an “extremist” organization last year, according to a video stream from a courtroom at his penal colony 85 miles east of Moscow. According to prosecutors, Mr. Navalny stole about 350 million rubles, roughly $3.4 million, from the foundation. The opposition politician denied the charges.

Do you think Alexei Navalny and his opposition network can bring about change in Russia? Why or why not? Join the conversation below.

Russian security forces detained Mr. Navalny on his return to Russia in January 2021, after he had spent five months recovering in Germany from a poisoning attack that German scientists said used Novichok, a Soviet-era nerve agent. Mr. Navalny accuses Mr. Putin of ordering the attack, a claim the Kremlin has repeatedly denied. The Kremlin also denies targeting Mr. Navalny for his criticism of Mr. Putin.

“There is no doubt that the decision to arrest Navalny was made by Putin personally,” Mr. Navalny’s spokeswoman,

said from Vilnius, Lithuania, where many of his aides are now based. “At first he tried to kill Alexei, and when he failed, he decided to keep him in prison forever.”

The U.S. State Department called the sentencing “another example of the Russian government’s widening crackdown on dissent and freedom of expression, which is intended to hide the Kremlin’s brutal war—and unprovoked war—against Ukraine.”

Mr. Putin’s most prominent critic, who appeared gaunt in the court inside his maximum-security prison, was typically defiant after the ruling.

“9 years. Well, as the characters of my favorite TV series ‘The Wire’ used to say: ‘You only do two days. That’s the day you go in and the day you come out,’” his

account, which is handled by his team, posted in a reference to the popular HBO series. Mr. Navalny often relays messages for his social media accounts through his legal team.

Mr. Navalny also urged his supporters to continue taking action “against the deceitful and thievish Putin’s regime. Any opposition to these war criminals.”

Antiwar rallies, which gathered thousands of Russians across dozens of cities earlier this month, have dwindled in recent days, as many Russians leave the country with sanctions beginning to bite and authorities mounting a pressure campaign.

Since Mr. Putin launched his invasion of neighboring Ukraine, some two dozen independent Russian media organizations have been forced to shut down or chosen to stop operations, while

Twitter and Instagram have been blocked in the country. Investigators last week launched the first three criminal cases against Russians for criticizing the war.

State-backed polling shows that around two-thirds of Russians back the campaign. A survey by the independent Levada Center pollster earlier this month tracked with those results. Experts caution against taking the indicators of Mr. Putin’s support at face value, but say that broadly Russians do support him.

Mr. Navalny’s trial, which started on Feb. 16, was overshadowed by tensions around Ukraine and the subsequent invasion. All of the hearings were held at his prison, which Mr. Navalny’s supporters say was meant to keep his case out of the spotlight.

—William Mauldin contributed to this article.