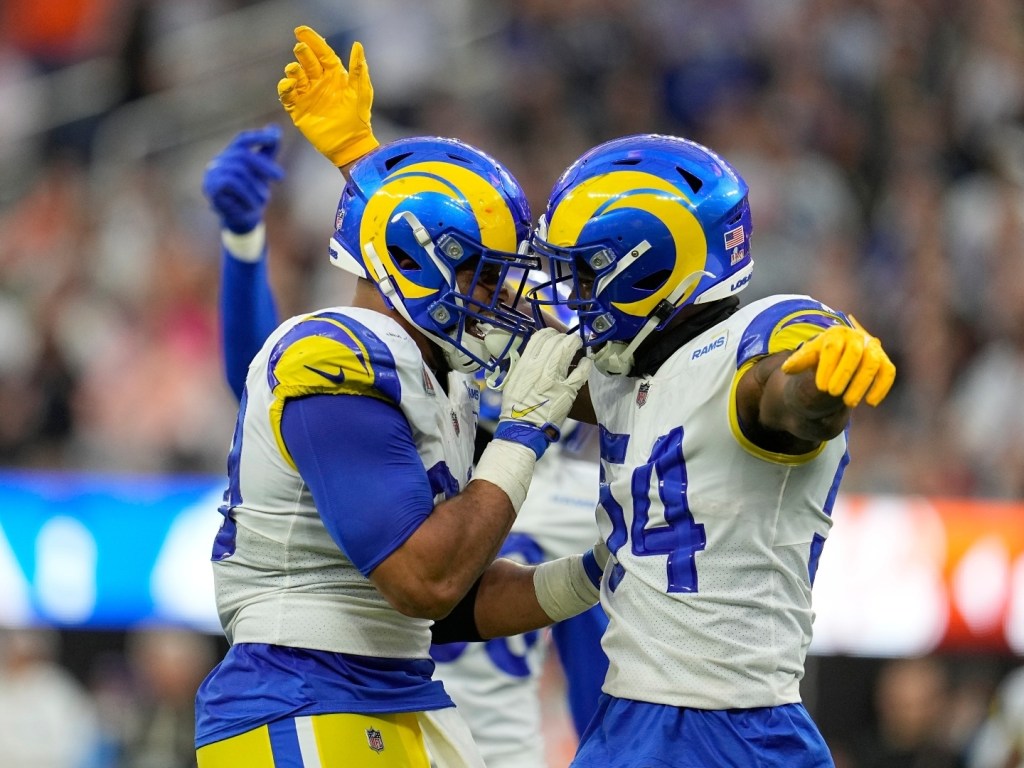 We can’t even fathom how emotional an achievement like winning the Super Bowl must be. The confetti, the cheering crowd — we can see it and hear it, but during Los Angeles Rams star Aaron Donald’s post-Super Bowl win interview, we got a glimpse of just how much this milestone means to the athlete. Donald teared up talking about how this win was for his daughter, and what he had to say nearly brought us to tears.

“I’m just so happy, I wanted this so bad,” Donald explained to one reporter, tears streaming down the athlete’s face. More than anything, Donald was ready to live “in the moment” and celebrate with his fellow teammates. But the athlete’s comments became even more emotional when he started to talk about his family. “My kids coming on the field; this is a promise I made to my daughter when she was five,” Donald said. “We’re going to play in the confetti for a minute, and just going to live in the moment.” You can see an excerpt from the interview below and watch the full clip HERE.

Donald has three young children, including a new baby he and wife Erica Donald welcomed in 2021. All three of the football star’s children were undoubtedly watching their dad put everything he had on the field. And now, Donald gets to walk out of the SoFi Stadium a champion. We just hope he and his kids had fun celebrating this major milestone by playing around in the confetti as Donald promised they would.

Before you go, click here to see more famous football families we love.