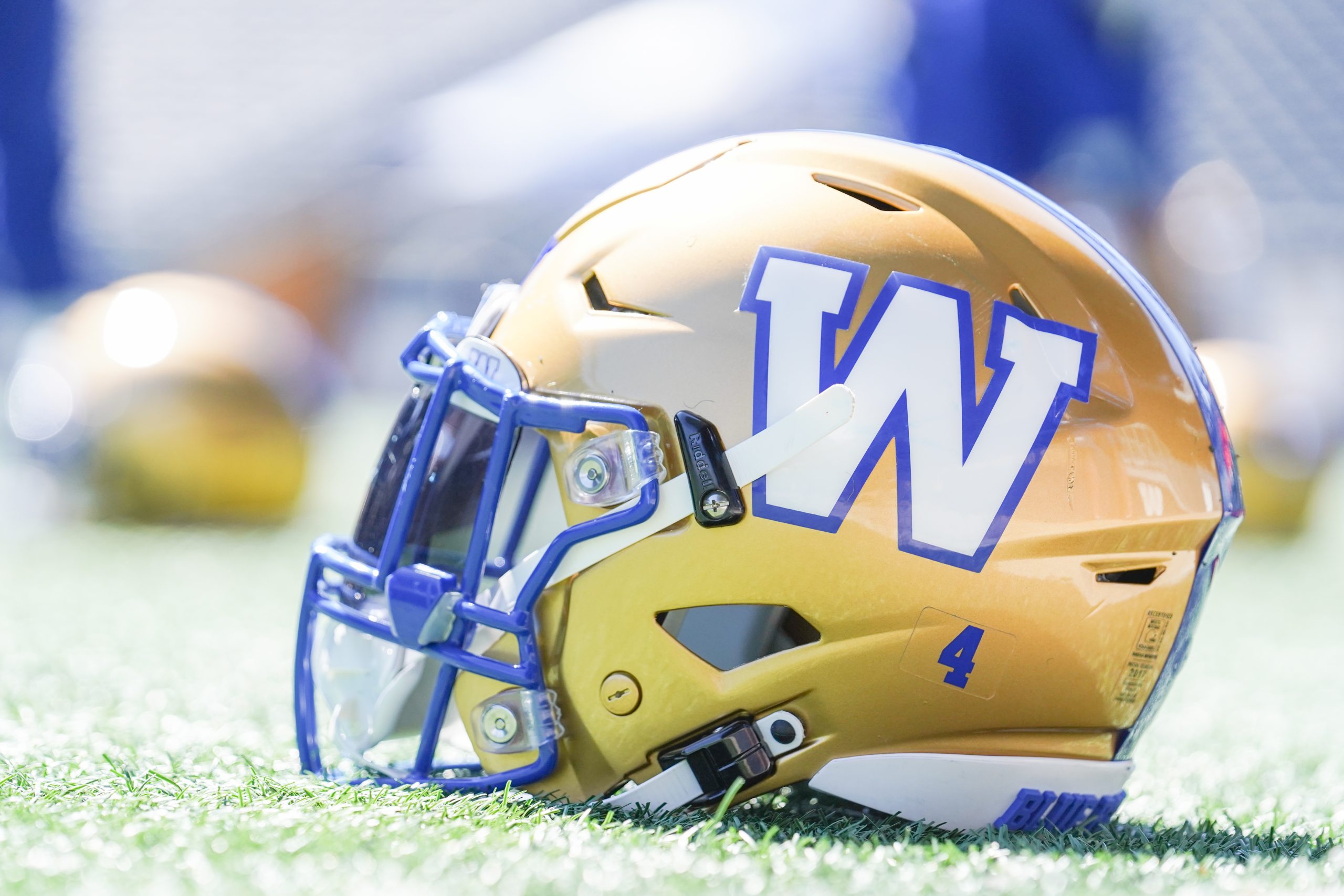 1. FINGERS CROSSED: Tough scene midway through Monday afternoon’s practice when defensive back Mercy Maston pulled up in pass coverage and then stayed on the ground before being treated by the training staff and then ultimately carted off the field.

Maston played a key role in the club’s run to a championship in 2019, but missed all of 2021 when he suffered an Achilles injury in training camp last year. He had been pencilled in to be the club’s ‘Dime’ back in the defence, a difficult position to master as it requires exceptional pass-coverage skills and the ability to step up in the box and help in support of the run defence.
Blue Bombers head coach Mike O’Shea had no update immediately after practice, saying only: “I don’t know anything yet, so we’ll see.”
The club made a trade to acquire Alden Darby after Maston’s injury last year, and Darby became a CFL All-Star before signing with Hamilton as a free agent this winter.

2. TBD: The Blue Bombers were originally scheduled to be in Regina Monday night for their first preseason game against the Saskatchewan Roughriders, but that game was rescheduled to next Tuesday with last week’s strike.
That means Friday’s date with the Edmonton Elks at IG Field is now the club’s debut and head coach Mike O’Shea was asked if any decision had been made yet as to how they might use their personnel over the two games.
“We haven’t decided yet,” he said. “We met about it today and there’s still some variables that need to get worked out. Obviously with it being a home game and the first one, everybody that’s able will dress. How we deploy them, I’m not quite sure yet.”

Often at this stage in camp the coaches will approach some of the established vets to determine how much work or how many snaps they might need in the preseason to be ready for the real games. O’Shea indicated that the strike impacted that, too.
“It’s a different camp with the stoppage and the four days,” he said. “Guys have been focussed on just making sure they’re getting their work in every single day. Usually by now with the game looming we’d start having those conversations, but we’e still the mode of getting the work done in this particular practice and then figuring it out the next day as it comes.”

3. HARDRICK DRIVER: Here’s O’Shea when asked by CJOB’s Derek Taylor for a take on right tackle Jermarcus Hardrick and what his role is on the team is beyond being an all-star right tackle.

“If I were to quote (former Winnipeg Jets coach) Paul Maurice, he’s a ‘driver,’” O’Shea said. “He drives practice. He brings a ton of energy, he’s always running down the field and for a guy his size he’s just got that motor that doesn’t stop. He’s vital. He plays with an edge, too, in practice and makes sure that guys are on that edge.
“There’s so many good things about him. He knows the playbook inside and out, he knows the nuances of the game. But for practice he absolutely drives that energy.”

4. FYI: Among those not practising on Monday were FB Mike Miller, OL Michael Couture, Pat Neufeld and Chris Kolankowski and WR Carlton Agudosi… Standing out with highlight plays were WR Jalen Saundes, RB Kyle Borsa, CB Winston Rose, WR Antonio Nunn… O’Shea on Willie Jefferson opting to move to Winnipeg full-time this offseason: “He’s not the only one. I think it’s important. I love the fact that we have guys choosing to put some roots down here in Winnipeg. It’s a great city. A lot of people that don’t spend any time here don’t know that. Sometimes you think Winnipeggers don’t want anybody to know that. It’s a great city. They picked an interesting winter to stay up here, but it’s not been that bad for a long time. It’s a fan-driven league, so the more players we have that connect with the fans the better off we’re going to be.”

5. THE FIGHT FOR WORK: Periodically during camp we turn the spotlight on a particular positional battle and the scrap for starting jobs. Today, a look at the cornerback position left vacant by the departure of all-star DeAundre Alford to the Atlanta Falcons over the winter.
The Blue Bombers have loaded up on defensive backs in camp, with 27 currently listed on the roster. But one of the early-camp standouts has been Tyquwan Glass, the former Edmonton-Montreal starter who signed with the club this winter. Here is our interview with him following practice on Monday: