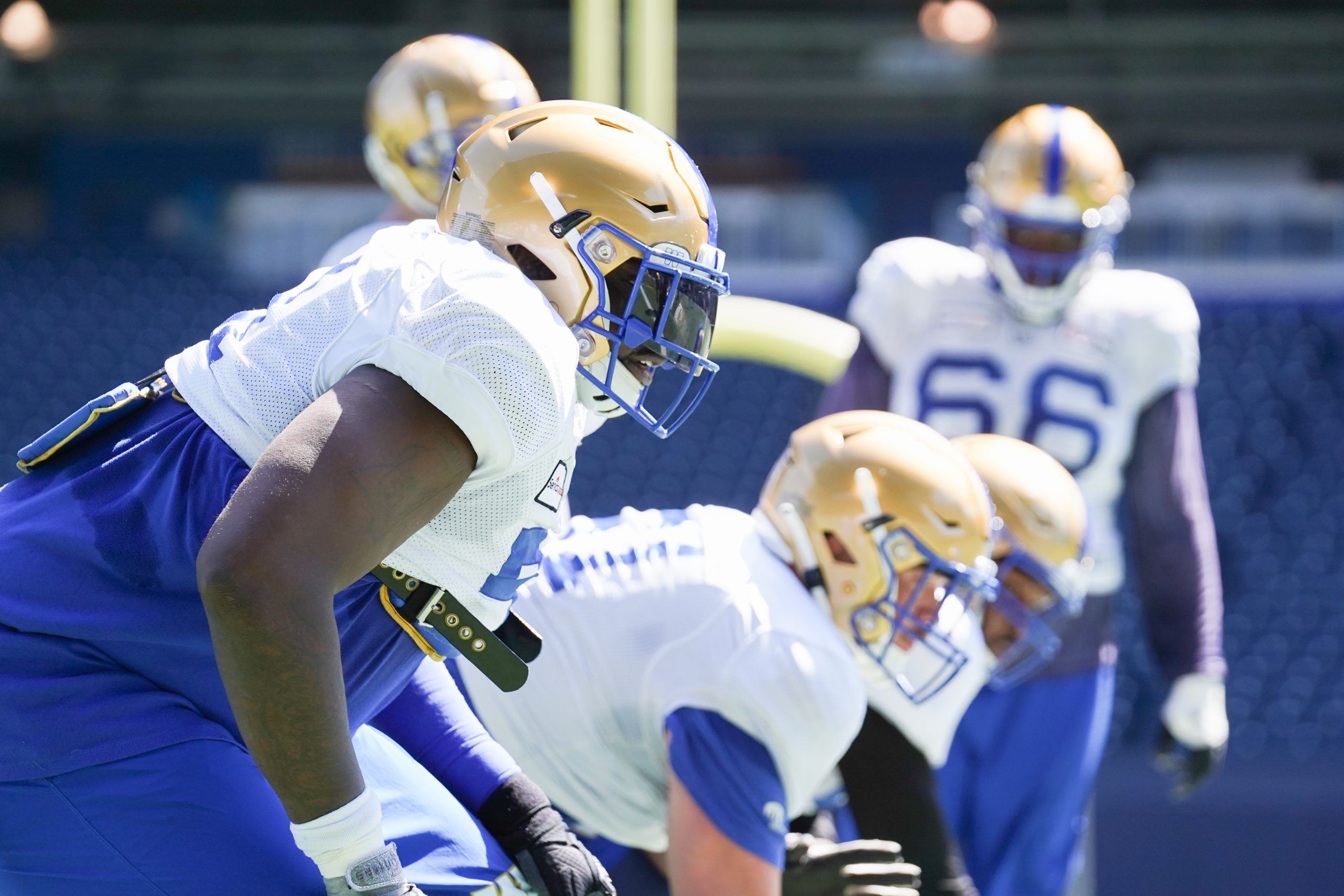 1. DOUBLE-DUTY?: There are a lot of miles still to cover before the end of training camp, let alone the meat of the Canadian Football League schedule. Yet, watching Janarion Grant get a lot of work as a receiver with Zach Collaros & Co. led to an interesting discussion Sunday following Blue Bombers training camp:
Could Grant — the club’s leading punt and kickoff returner in each of the last two years — still capably handle the return chores AND see regular work on offence?

“Don’t see why not,” said Blue Bombers head coach Mike O’Shea. “If you’re in the kind of shape… Chad Owens, Pinball (Clemons) when he was a returner, too, was getting a lot of action. There’s guys that can do it. You have to investigate that and see what they can and can’t do and you also have to put them and the team in a good position. As a pro athlete, you’d like to be worn out, wouldn’t you? You don’t want to have anything left in the tank.
“It’s one of those things, you’d like to be able to promise the guys you’ll use them as much as we can. We’re willing to do whatever helps us to win from one week to the next, whatever that looks like.”
There are recent examples of Blue Bombers who have started on offence or defence and led the club in punt or kickoff return yards, including Nic Demski (leading kickoff returner in 2018) and Kevin Fogg (leading punt returner from 2016-18), as well as Jovon Johnson (leading punt returner in 2010, 2011, 2013), but it does take a great deal of durability to handle both.
“He’s such a dynamic player you’d like to get the ball in his hands as many times as you can throughout the game,” O’Shea said of Grant. “There is only one football, but he’s a terrific returner, he knows what he’s doing out there on offence. Anybody who’s on the roster, you’d like to get them in the game as often as you can.”

2. HERE’S JOHNNY: The Blue Bombers backfield is undergoing a makeover during this training camp, with future hall of famer Andrew Harris now in Toronto. Both Brady Oliveira and Johnny Augustine are battling for the starting gig.

O’Shea was asked specifically about Augustine on Sunday.
“He’s extremely tough, positive-yard back. He’s got explosiveness. He’s got a high yards-per-carry average. He can protect, which is extremely important for any football team as your tailback has to be able to step up in protection and he’s really tough that way. You throw in the added bonus that when he runs down the field on kickoff on special teams for us he really hits hard. He’s an explosive, dynamic player and any role you give him he’s going to relish that role.”

In addition to MacIntyre, the Blue Bombers had three other guest coaches in camp in Kevin MacNeill of the Western Mustangs, who is the defensive line, special teams coordinator and recruiting coordinator there, Josh Sacobie, who is the offensive coordinator and quarterbacks coach at Carleton and former CFL player Jeff Cummins — the long-time coach of the Acadia Axemen who helped groom Mike Miller, Jake Thomas and Mike Benson and was a teammate during his playing days with Mike O’Shea, Kyle Walters and Danny McManus. Watch for a feature on Cummins, whose final day with the club was Sunday, tomorrow on bluebombers.com.

4. FYI: WR Greg Ellingson, OL Chris Kolankowski, FB Mike Miller, C Michael Couture and WR Blake Jackson were all spectators during Sunday’s session, while DB Tyrell Ford was also a spectator. With Couture and Kolankowski taking a knee, Ben Koczwara got a lot of work as the centre… WR Jalen Saunders had a lot of work with the starters today with the absence of Ellingson… One of the plays of the day saw CB Tyqwan Glass go over the top of a receiver for an interception. Glass has been having an excellent camp and is pushing to be the starting corner opposite Winston Rose… Super catch today by Winnipeg Rifles receiver Luke MacMillan. Here’s O’Shea on the three Rifles in camp, including OL Miguel Leano and DBs Joseph Funk-Clements and Kyle Chorney:  “They all look good. They’re doing well. I think when they first come in there might be a bit of nerves and they’re trying to figure out how this is all going to work and then it just becomes football. They stand up to introduce themselves and tell everybody where they’re from — ‘Winnipeg Rifles’ — where they play and then when they get out on the field nobody notices that. They’re just Winnipeg Blue Bombers. They’re out there working and they’re doing a great job. I love seeing that.”

5. NEXT: The Blue Bombers will be on the field Monday from 1:30-4:50 p.m. at IG Field with the session open to the public. The club was supposed to be in Regina to face the Saskatchewan Roughriders tomorrow, but that game was pushed to May 31st because of the delays caused by last week’s strike.