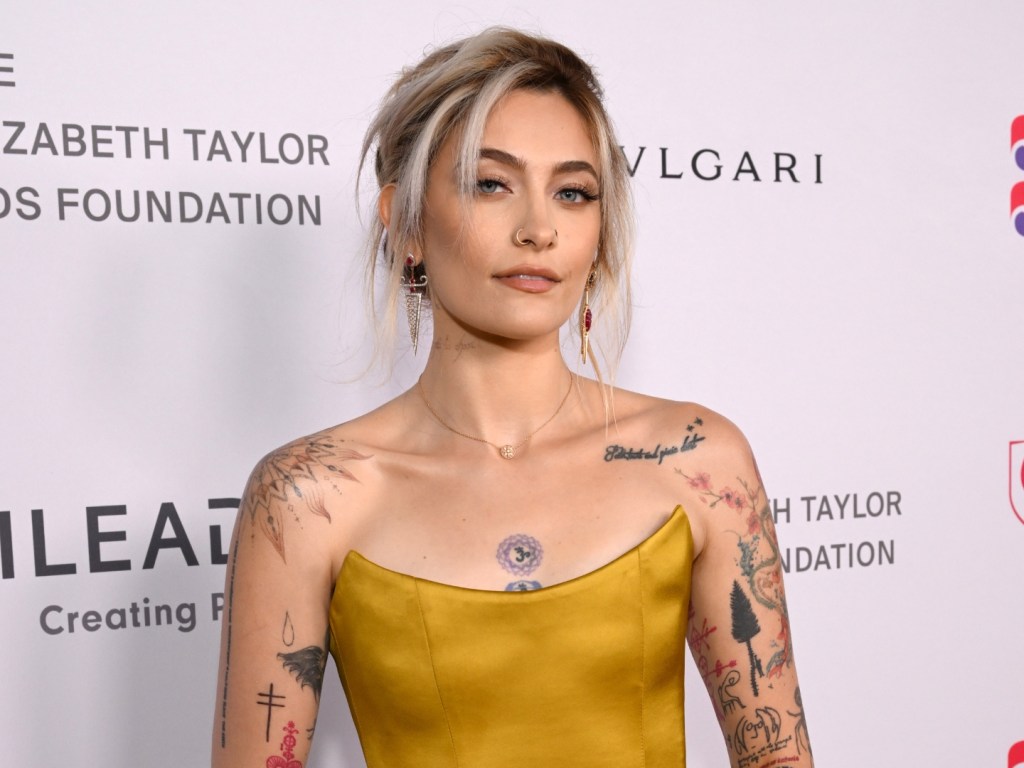 Despite being the Queen of rocker-chic, Paris Jackson‘s red carpet style has a delicate, fairytale-esuqe vibe to it every single time! We always love when she wears a long gown that shows off her many beautifully done tattoos, and she treated fans with not one, but two show-stopping designer dresses at The Elizabeth Taylor Ball To End AIDS.

On Sept 15, Jackson donned a strapless and form-fitting golden gown from Rasario that showed off all of her curves and later, a sparkling gown no one could take their eyes off of. See the photos below:

As you can see, she arrived on the red carpet looking as happy as can be, waving and posing with her friends throughout. The golden silk Rasario gown with a high slit worked perfectly with her complexion, truly making her look radiant. But that wasn’t the only gown she wore for the event! She quickly changed into a color-shifting black and golden sparkling gown while speaking at the event, and she looked incredible!

The Elizabeth Taylor AIDS Foundation was founded in 1991 to raise awareness and funds to help prevent and stop the spread of HIV/AIDS. The foundation holds an annual gala to honor those who’ve made a huge contribution to the cause, with this year’s honorees being Colin Farrell, Charlize Theron, and Sheryl Lee Ralph.

Jackson is one of the foundation’s A-list ambassadors, with her being a major advocate for HIV/AIDS research over the years.

Before you go, click here to see photos of Michael Jackson’s kids over the years.