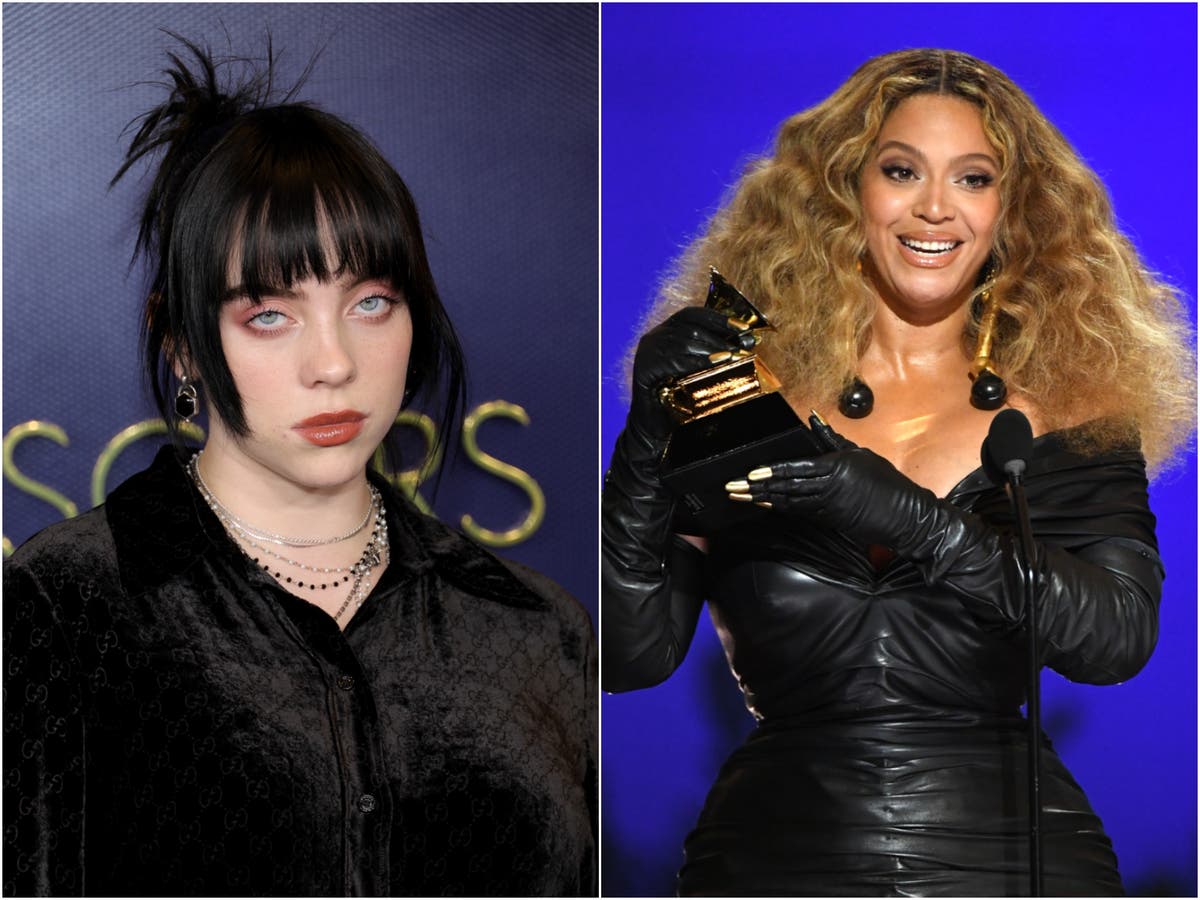 Beyoncé and Billie Eilish are among the singers who will perform their nominated songs at the Oscars ceremony on Sunday (27 March).

The show’s producers announced the news on Tuesday (22 March).

Beyoncé will perform her nominated song “Be Alive” from King Richard, and Eilish and her brother and co-writer Finneas will perform “No Time To Die” from Daniel Craig’s film of the same name.

Other performers are Sebastián Yatra, and Reba McEntire who will sing their songs “Dos Oruguitas” and “Somehow You Do” from the films Encanto and Four Good Days respectively.

The Oscars ceremony will be held at the Dolby Theatre in Hollywood, Los Angeles.

The ceremony will begin at 8pm ET, or 1am (on 28 March) in the UK on Sunday. It is expected to last for around three to four hours.

Among those in the running for awards at this year’s Academy Awards are Will Smith, Jessica Chastain, and Jane Campion, whose Western drama The Power of the Dog is currently the frontrunner for Best Picture.

You can find a full list of the nominees here.

This year’s Oscars is taking place later in the year than usual after it was delayed to avoid clashing with the Super Bowl and the Winter Olympics.

While the Oscars have gone without a host for the last three years running, this year’s event will be hosted by three women: Regina Hall, Amy Schumer, and Wanda Sykes.