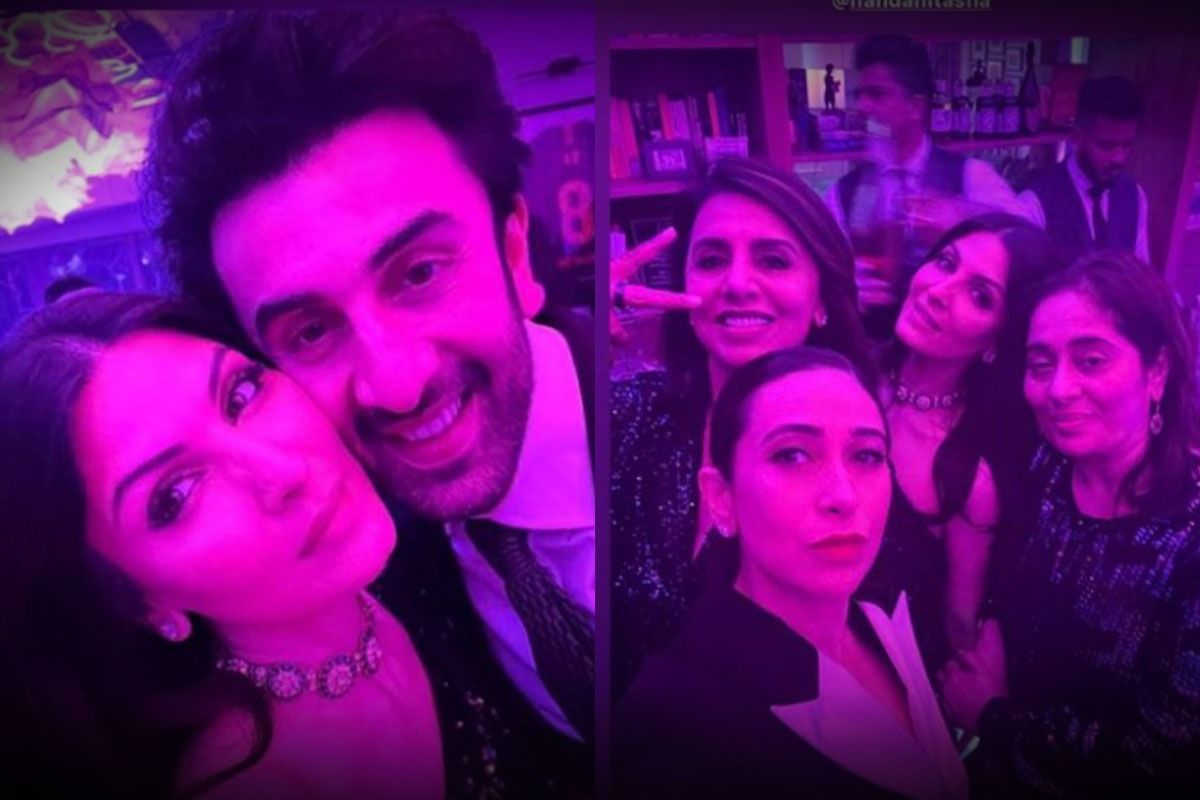 Ranbir’s Selfie With Riddhima And Lolo: Actor Ranbir Kapoor and Alia Bhatt are celebrated their journey of companionship at a neon lit wedding party. The newlyweds were joined by the Kapoor clan in the post wedding bash. Ranbir‘s sister Riddhima Kapoor Sahni and cousin Karisma Kapoor shared selfies on their Instagram stories and posts respectively. Check out this Instagram story by the groom’s elder sister Riddhima:Also Read – Karishma Kapoor Beaming With Joy as Sis-In-Law Alia Bhatt’s Kaleera Falls On Her – See Pics!

Riddhima Poses For a Group Selfie!

Riddhima has been one of the hot favourites of netizens as she has been posting stories and posts on her Insta handle from RaAlia wedding festivities. From pre-wedding ceremonies to traditional rituals, Riddhima stood by her younger brother for his wedding. On April 16th, Mrs Sahni clicked a selfie with her younger bro where behind Ranbir his jersey hanged on the wall. Riddhima captioned the picture on her Insta story as, “”Purple 😂 (with two heart emojis).” The actor later also shared a group selfie with Karisma, mom Neetu Kapoor and Natasha Nanda on her Insta stories. The picture was clicked by Karisma. Check out this Insta story of Riddhima Neetu and Lolo: Also Read – Soni Razdan Gifts Rs 2.5 Crore Watch To Ranbir Kapoor, Alia Handpicks Kashmiri Shawls For Guests At Wedding

Lolo And Her Love For Selfies!

Alia-Ranbir Paired Together In Brahmastra!

Alia and Ranbir got married on April 14. The couple who have dated for 5 years will next be seen in Ayan Mukerji’s Brahmastra.

For more news on Ranbir and Alia check out his space at India.com.