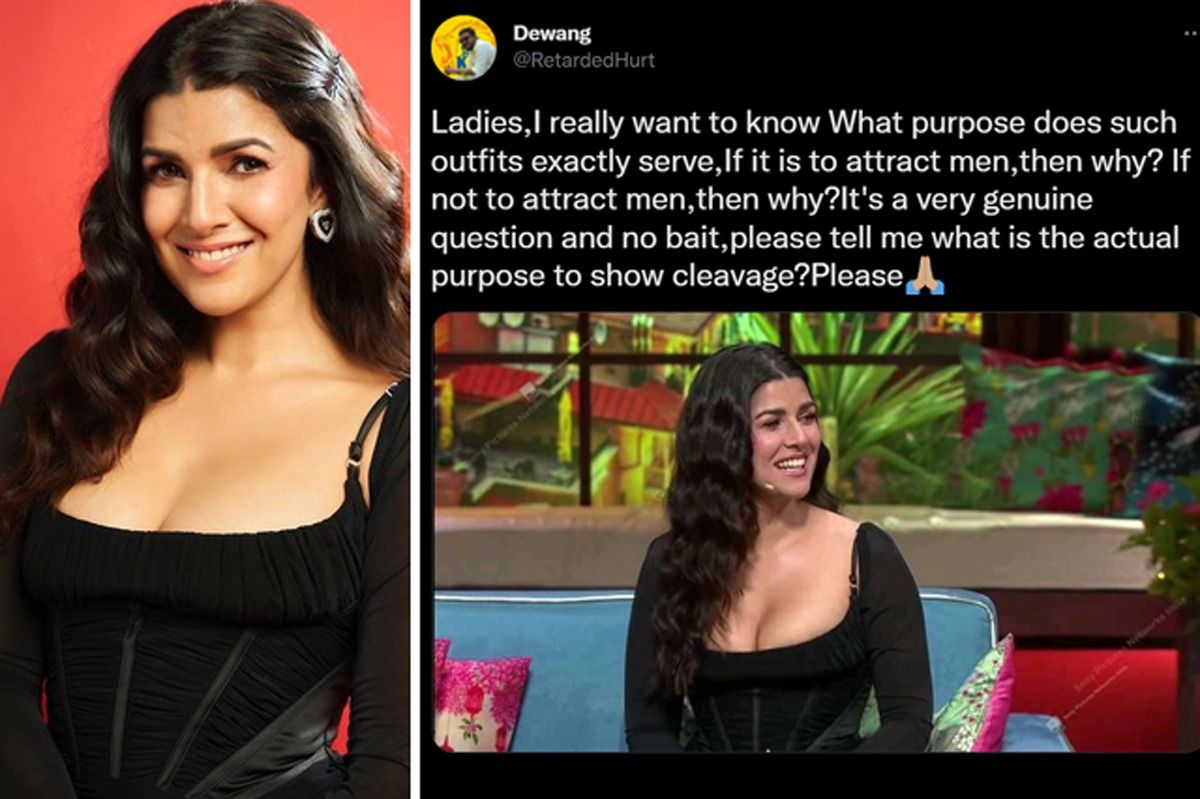 Netizen Trolled For Tweeting Nimrat Kaur’s Cleavage Picture: Nimrat Kaur is garnering much accolades for her poignant portrayal of Bimla Devi in Dasvi. However, the actor became the talking point of an uncalled controversial tweet where a netizen tweeted about her deep neckline dress. Sharing Nimrat’s picture the user had asked women in general if the purpose of showing cleavage is to attract men. In no time twitterati schooled the person with all the brutal might. Check out this tweet:Also Read – Suhana Khan-Khushi Kapoor Set For Big Debut With Zoya Akhtar’s The Archies – Shoot Begins!

Netizen Requested Ladies Not to Bait on Him!

In his tweet the man clarified that he wants to ask a genuine question to the ladies pertaining to such outfits. Sharing Nimrat’s stunning black corset dress with a deep neckline, the user named Dewang@RetardedHurt captioned his tweet as, “Ladies,I really want to know What purpose does such outfits exactly serve,If it is to attract men,then why? If not to attract men,then why?It’s a very genuine question and no bait,please tell me what is the actual purpose to show cleavage?Please🙏🏽.” Also Read – Amitabh Bachchan Gives Befitting Reply To Trolls Who Questioned Him For Promoting Son Abhishek’s Film Dasvi

Dewang’s tweet however, didn’t go down well with the twitteratis, especially women. One user replied to his tweet, “Just tell me frankly how many time you have zoom that pic?!” Another user wrote,”why do men show there biceps or well toned chest? I guess to attract attention of the others specially of the other gender as a masculine biceps looks good. So same could be said about girls showing cleavages. This could also be done to attract attention of men…” Check out the reactions:

Nimrat was recently seen essaying the character of chief minister Bimla Devi in Dasvi. The actor plays Abhishek Bachchan’s wife in the film streaming on Netflix India. Dasvi and its star cast have been getting rave rviews for their performances in the film.

For more updates on Nimrat Kaur and Dasvi check out this space.