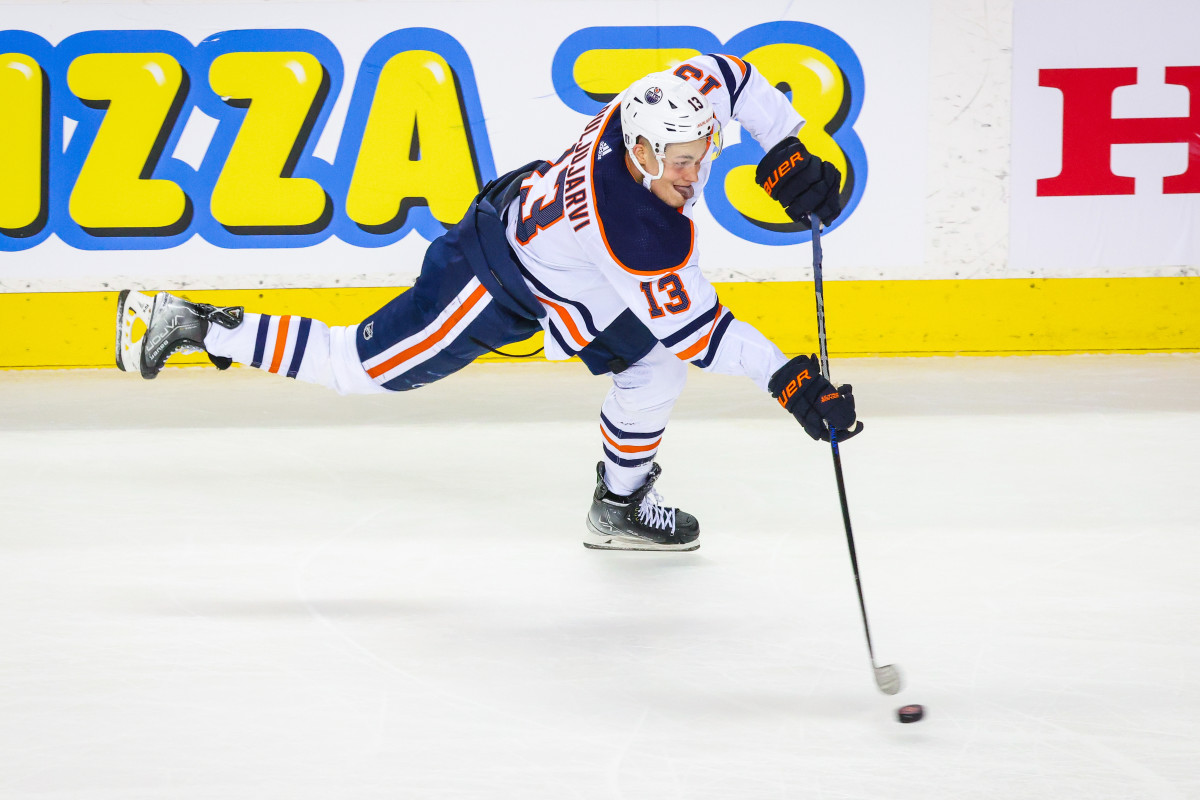 THREE BURNING QUESTIONS FOR THE OILERS IN 2022-23:

1. Which Jack Campbell are the Oilers going to get? In his bid to upgrade an Oilers team that made the Western Conference Final last season, GM Ken Holland spent $5 million of his cap space on former Kings/Stars/Maple Leafs goalie Jack Campbell, who is now Edmonton’s No. 1 goalie, ahead of understudy Stuart Skinner. Campbell has, for lengthy stretches, shone as a battler and fighter between the pipes. But Leafs GM Kyle Dubas did not want to give Campbell the term (five years) he got at the salary he got because Campbell has also gone through stretches where he struggled mightily.

The most recent evidence of this came in Toronto’s first-round playoff series against Tampa Bay: in three of the Leafs’ four losses to the Lightning, Campbell’s Save Percentage was .886 or worse. Campbell’s Leafs teammates share in those numbers. Still, the reality is they’re unacceptable in a Stanley Cup tournament, and Dubas has chosen to go with former Cup-winner Matt Murray and Russian youngster Ilya Samsonov rather than go with Campbell again.

The great-natured Campbell should be playing with a chip on his shoulder knowing Toronto cast him aside, and if he does get assistance from Edmonton’s defense corps, Campbell can be the guy who at least gives them a chance to beat the Colorado Avalanche squad that steamrolled them in a sweep of the Western Final last year. But if he can’t stay healthy and be at his best in crucial games for the Oilers, the prospects of having him signed for four more seasons after this one are going to be bleak among Edmonton fans.

2. What’s the deal with Jesse Puljujarvi? Now entering his sixth NHL season, the 24-year-old Puljujarvi has not panned out the way the Oilers had hoped/projected when they took him with the fourth-overall selection in the 2016 NHL entry draft. The FInn netted 14 goals in 65 games last season – one fewer goal than he scored in 10 fewer games in the 2020-21 campaign. And in the post-season last spring, Puljujarvi was a non-factor, with just two goals and three points in 16 games.

It’s understandable, then, that Puljujarvi and Oilers brass have come to a crossroads, with the player seeking a trade, and the team agreeing but trying to make the most of him as an asset on the trade market. This is why Puljujarvi has been in a limbo of sorts, and why Holland hasn’t moved him yet. It’s not as if he’s holding out for a first-round pick or an NHL-ready prospect; some people believe he’ll wind up taking a second-rounder for Puljujarvi, who agreed to a one-year, $3 million contract that will make it easier for Holland to trade him.

There are rumors the link between Edmonton and Puljujarvi isn’t beyond repair, and that it may be best for the two parties to continue working together. But it feels more likely they finally part ways this fall or winter. Puljujarvi may well get better offers that include more playing time, and perhaps a role on a top-siix forwards group. He’s probably not going to get that in Edmonton, which is why they’ll likely head in separate directions sooner than later.

3. Can Edmonton’s defense corps be improved? The Oilers’ top two forward lines are stacked with talent, and are among the best in the entire league. The same can’t be said for Edmonton’s defense corps. Yes, they have an elite player in Darnell Nurse, but Nurse isn’t a contributor of offense on the level of Norris Trophy-winner Cale Makar; and after that, the Oilers employ decent-enough veteran talents in Tyson Barrie, Cody Ceci and Brett Kulak, as well as developing youngster Evan Bouchard. That can’t match up with the blueline of, for instance, St. Louis, Calgary, Carolina and Colorado. If Holland can make any change – and right now, Edmonton is capped out, so any move would necessitate a dollar-for-dollar exchange – he’ll likely make a deal to address the ‘D’.

Edmonton won’t be able to go out and land a Norris Trophy contender. Still, there are going to be veteran D-men made available – look at Arizona, with Jakob Chychrun and Shayne Gostisbehere both likely to be traded this year – that Holland can be in on. The question is whether he’s prepared to pay a large price to boost his defense group, and the sense is that he indeed is ready and willing to do so.