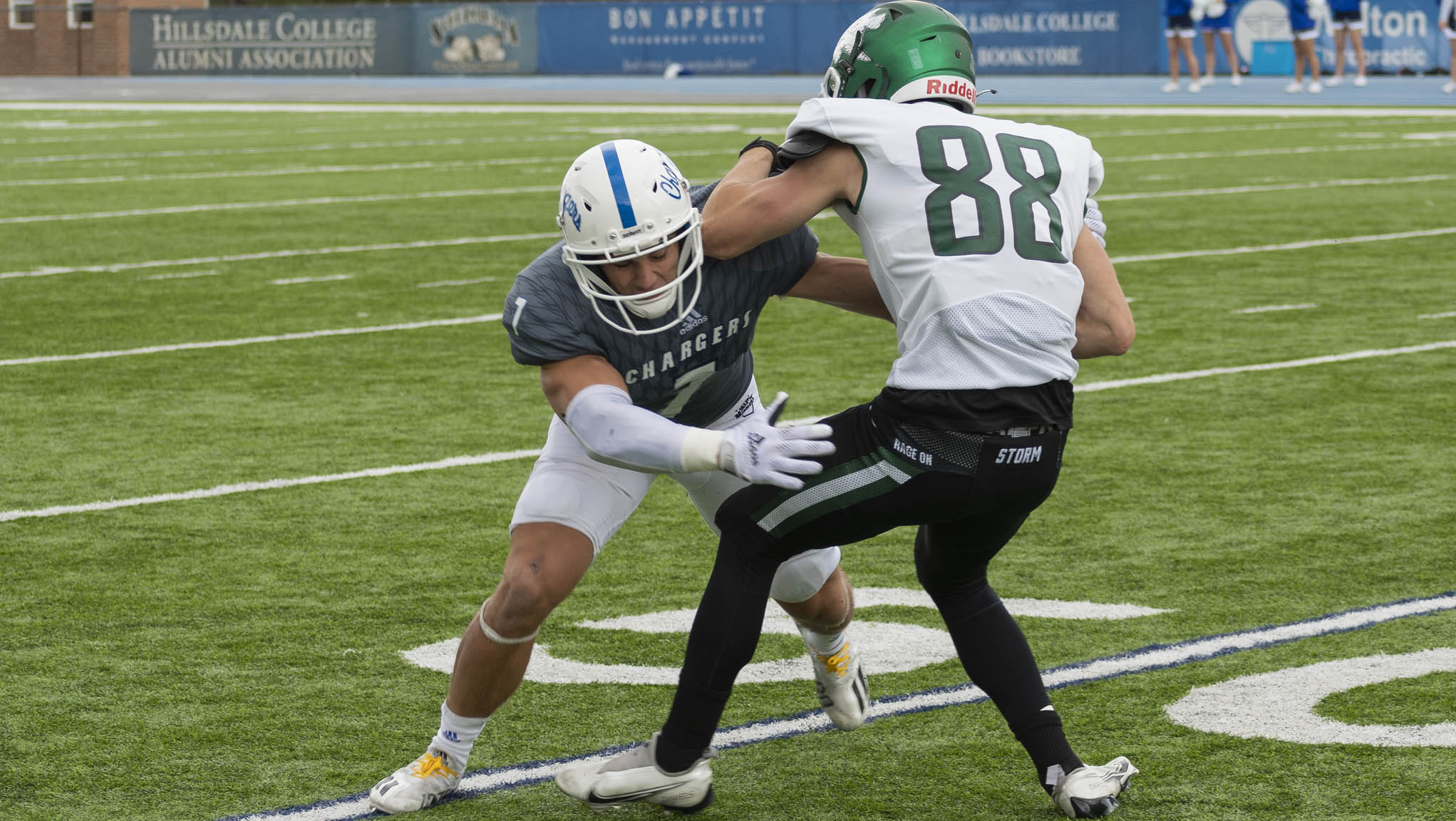 TORONTO — After pouring our attention over Canadian prospects at the three recent regional combines, it’s time to shift some focus to the NCAA talent that will be taking part in this weekend’s National Combine presented by New Era.

We’ll start with the players that will be in attendance this week, while leaving room for a name that’s likely at the front of many Canadian football fans minds.

The five-foot-11, 200-pound Toronto native had a productive career with the Bryant Bulldogs, rushing for 509 yards in his senior season in 2021, with a career-best six touchdowns. He put up 1,816 career rushing yards through four seasons, with 16 total touchdowns on a 4.7 yards-per-carry average.

Herzog is an interesting prospect. The five-foot-nine, 192-pounder from Windsor, Ont. actually made an appearance in the Scouting Bureau’s winter edition, at No. 19, but didn’t get a National Combine invite. So he went out and put in a strong performance at the Ontario Regional Combine at Waterloo University, including a 4.69-second 40-yard dash (fifth), a 35.5-inch vertical (tied for second), a nine-foot-10-inch broad jump (fourth), a 6.95-second three-cone (fifth) and a 4.30-second shuttle (second).

With a pair of 100-plus tackle seasons at Hillsdale, Herzog has shown he tests well and can produce on the field. He’ll get a chance to do that again this weekend in Toronto.

At six-foot-four and 218 pounds, Richards brings some size to the linebacker position. The Brampton, Ont. product had 54 tackles, 9.5 for loss and six sacks through 31 games with the Orangemen. Richards sits at No. 4 in the Scouting Bureau’s winter rankings, after being at No. 2 in the fall. Having sat out the 2021 season, he’ll no doubt be eager to get on the field in Toronto to show what he can do for CFL scouts and execs.

Sutton played the bulk of his collegiate career at SMU and transferred to Texas State for the 2021 season. Through 37 games with SMU, he had 38 tackles and started five times, while finding his niche on special teams. With the Bobcats, the five-foot-nine, 175-pounder had 22 total tackles in 10 games. Born in Canada – his father, Eric Sr. played for the Riders – but raised in the U.S.,Sutton will be looking to make his mark in the CFL this weekend.

Of course, there’s one big name that won’t be there in-person at the CFL Combine but will likely hear his name called in the CFL Draft. Penn State d-lineman Jesse Luketa will presumably also hear his name called at this year’s NFL Draft early enough that the CFL team that takes him could be waiting a long time to see him cross the border for them, if he were to at all.

Still, after a 53-tackle season at PSU (30 solo tackles, 23 assisted) and 143 career tackles, the Ottawa product will be a very appealing option for a Canadian team at some point during the night of May 3. Luketa is the No. 1 prospect in the Scouting Bureau’s winter rankings.